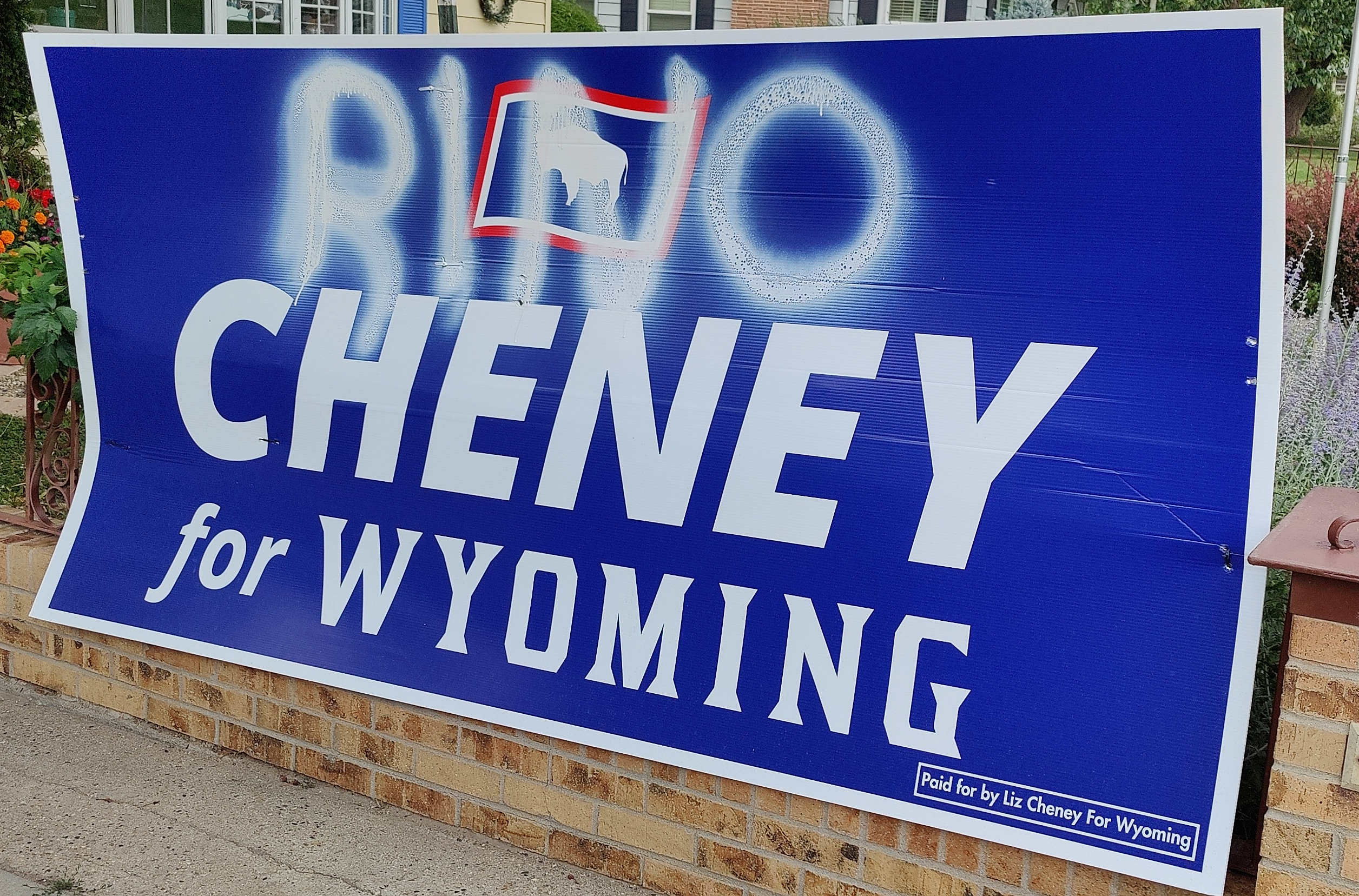 CASPER, Wyo. — Someone spray-painted over a Rep. Liz Cheney political sign along East 15th Street in Casper between Monday and Tuesday. Another sign was defaced near the intersection of South Poplar and Granada recently, Casper police said.

Though he was unaware of any special penalties in Wyoming for defacing political signage, Casper Police Lt. Scott Jones said those doing so would be guilty of misdemeanor crimes.

In Wyoming, property destruction valued less than $1,000 is punishable by up to six months in prison and a fine of $750. If the offender entered onto private property, they would also be guilty of criminal trespass, carrying the same penalty.

Jones said he was unaware of anyone reporting the damage on East 15th Street on Tuesday, but he had personally seen another Cheney sign defaced near the intersection of South Poplar and Granada within the last day.

In related political vandalism, Jones said he was filling up at a local gas station recently, and the kiosk was festooned with anti–Joe Biden stickers, to the irritation of the attendant who came to scrape them off.