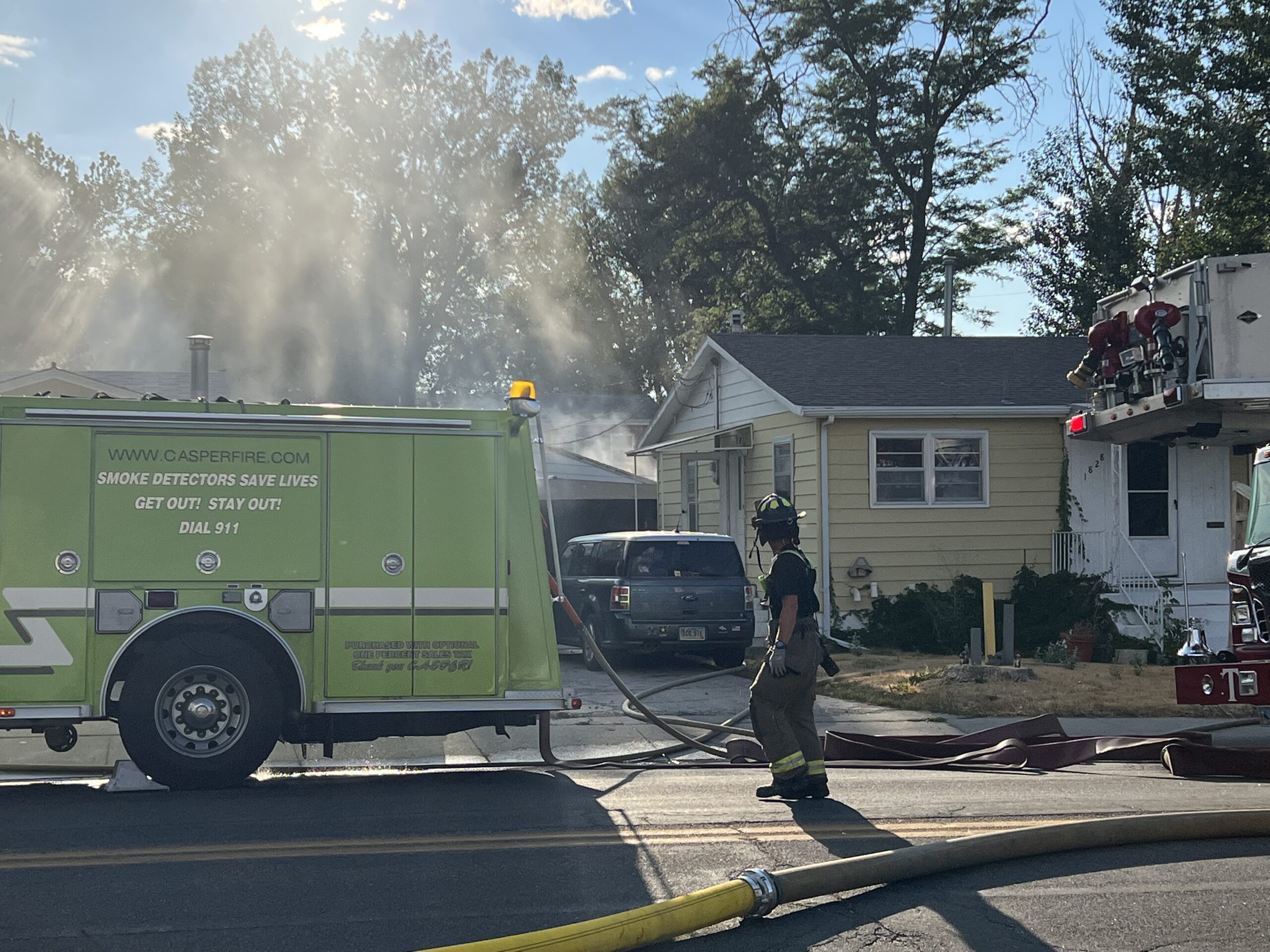 CASPER, Wyo. — Casper Fire-EMS crews responded to a fire on the 1800 block of South Poplar Street at around 6:15 p.m. Wednesday.

When firefighters arrived, they found heavy fire at a detached garage adjacent to a residence, Firefighter Adam Meiers said at around 6:45 p.m.

Crews first checked the residence for occupants. No one was found inside and no injuries have been reported, Meiers said.

Crews then worked to attack the fire in the detached garage and were able to get it under control in 5–10 minutes, he said.

The cause of the fire remains under investigation and the damage to the garage is still being assessed, he added.

Poplar Street remains closed between 17th and 19th Streets. It could remain closed for an hour or longer, and Meiers encouraged drivers to consider alternate routes.