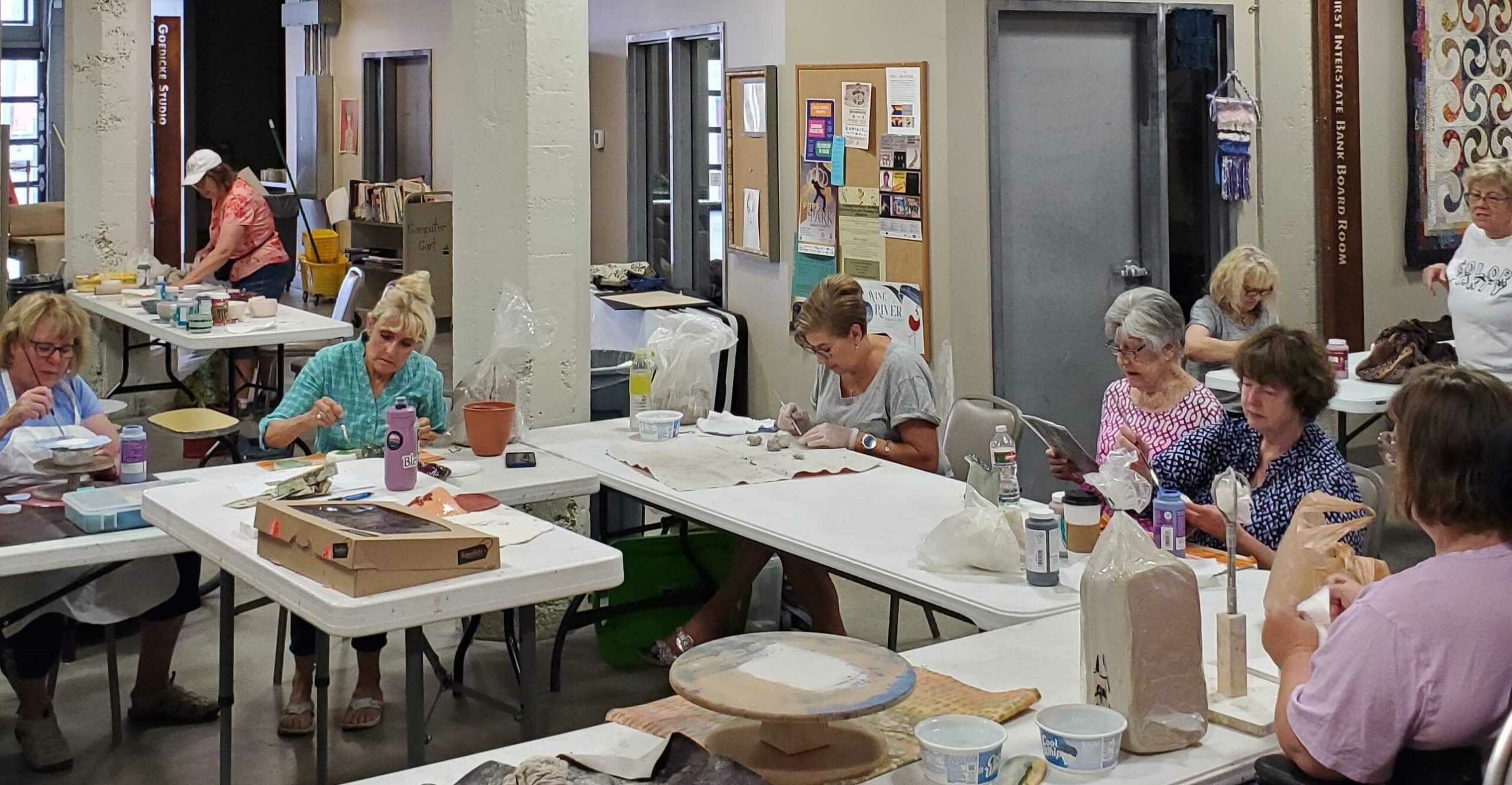 There is continued emphasis on access to workshops and classes with nominal fees, representing diversity, and expounding on the relationship between art and the fields of health, economics, and administration.

“We can support an artist by selling their work, but that’s only one aspect of their life and well-being,” Cessor said. “When we see the whole artist, then we’re looking at their health, their capacity to find and built roots here, and how they’re able to sustain themselves through their career and resources.”

ART 321 has twice now hosted the spring Health and Wellness Through the Arts Conference, which has highlighted the success that art-based programs have had on health and socioeconomic outcomes.

“Outside Wyoming, that’s a pretty established premise,” Cessor said. “In Wyoming we don’t have anything for clinical creative arts therapies.”

Cessor hopes that state leaders and detractors alike are noting the growing evidence that artists have a role to play in solving real-world problems, as well as the importance of affirming specific groups. State and community support for these modern approaches factors in whether some businesses will come here to set up shop and whether young talent will remain in Wyoming, Cessor said.

The strategic plan also considers the findings of the Wyoming Department of Health’s State Health Improvement Plan, which emphasizes that mental health is one of the state’s biggest challenges.

The strident aim to represent and include minority populations remains explicit in the strategic plan. ART 321 hosts and partners with “population-specific organizations” like the Rainbow Collective and I-Reach. Cessor said providing the space focused on supporting those groups is key to promoting the overall health and participation of historically marginalized populations.

The pointed emphasis on promoting marginalized groups has not been without detractors. Many members of the Casper Artists’ Guild have resigned or otherwise left the organization since Cessor took over in 2020, many saying the organization has taken a hard political turn. A civil suit is currently playing out in district court, partly over the administrative procedures that accompanied turnover on the board to its current makeup.

“We don’t know what we don’t know, what we haven’t lived,” Cessor said. “So our best foot forward is to seek out individuals who have lived a different life from us that can share those experiences.”

The strategic plan notes that the organization has met the goal of ensuring diverse representation on the board.

“We’re trying to intentionally understand the lived experiences of those in our community by making sure that they have authority in the decision-making of the organization,” Cessor said.

“We’re increasingly concerned with the presence of partisan views being used to determine what art is or isn’t funded in the state,” Cessor said. “When you say something is ‘too political’ when it’s addressing a lived experience, or when a decision is based on how well a board member knows a grantee and their capacity to achieve something, those aren’t objective approaches to distributing public funds.”

The organization’s financial sustainability has also been questioned by former Guild members. ART 321 runs on donations, membership dues, fundraisers, rented space, and grants. Cessor said that state funding for the arts has always been scarce, and there is some strain in the outlook.

One potential avenue to more funding is the continued partnership with health and economic-development organizations, which could open up access to grants available in those fields, Cessor said. He’s also hopeful that the expansion of services and opportunities at ART 321 will grow participation.

There is more artist space for rent at the building since the renovation of the basement was completed late last year. The next step is to get heat for the basement. There is a growing stockpile of materials available to loan for new working artists, from a digital creation studio to scaffolding for muralists and tents for vendors.

“Our goal is to ensure that financial means are never a barrier. We’ll tell you how much it costs us to put it on. If you’re able to pay that amount, great. If you need to pay a little less, we want you to still have the experience.” Those who can contribute more may certainly do so, Cessor said.

Cessor said one of the best parts of the whole experience is seeing individual artists get their first market breakthroughs because of ART 321.

“It’s awesome when you mail out that check for a first commission piece sold,” Cessor said. “Witnessing the experience that artists have when they feel their work is valued is such a beautiful moment, and it’s what feeds them to create more.”