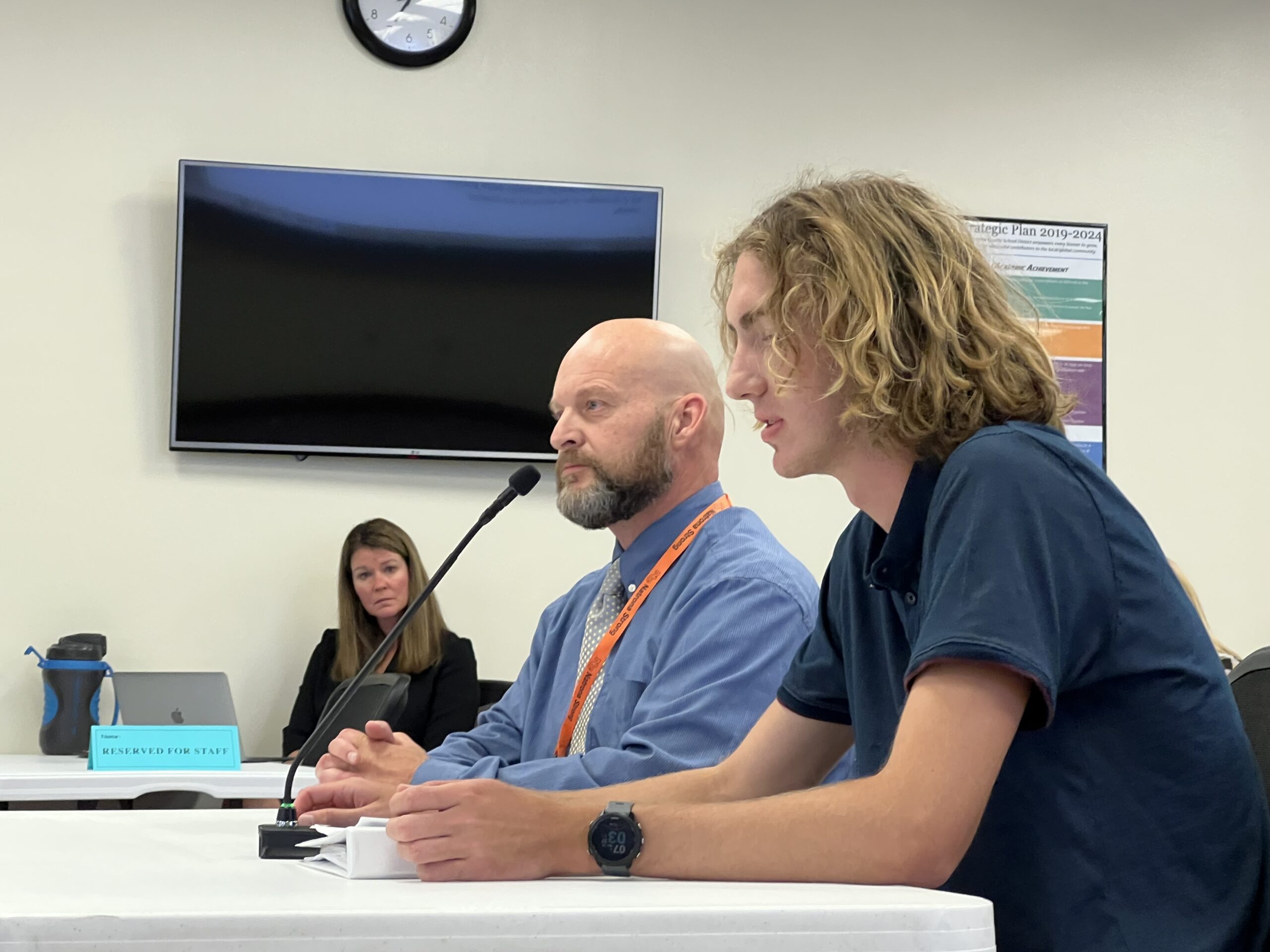 Jackson Dutcher, right, helped coordinate the Keating family's donation of the 1913 NCHS cornerstone back to the school as part of a service project as he seeks his Eagle Scout badge. NC Principal Aaron Wilson, left, introduced Dutcher to the school board on Monday. (Brendan LaChance, Oil CitY)

Student Jackson Dutcher told the Natrona County School District Board of Trustees on Monday that he has helped arrange the transfer of ownership of the cornerstone from the Keating family back to NCHS and hopes to see it “permanently and elegantly” displayed at the campus.

After the 1913 building was torn down, blocks were used around Casper, Dutcher said. While it is uncertain how the Keating family came to own the cornerstone block, Dutcher said he has worked with Janet Keating, who he said is “willing and happy to donate it to be placed back on the grounds of NCHS.”

Dutcher said his efforts to bring the cornerstone back to the school are part of a service project benefiting his community that he needs to complete in order to earn his Eagle Scout badge.

On Monday, the school board authorized the acceptance of the donation of the cornerstone to NCHS.

Further details regarding the cornerstone are available in the following presentation Dutcher relied on while speaking to the school board: