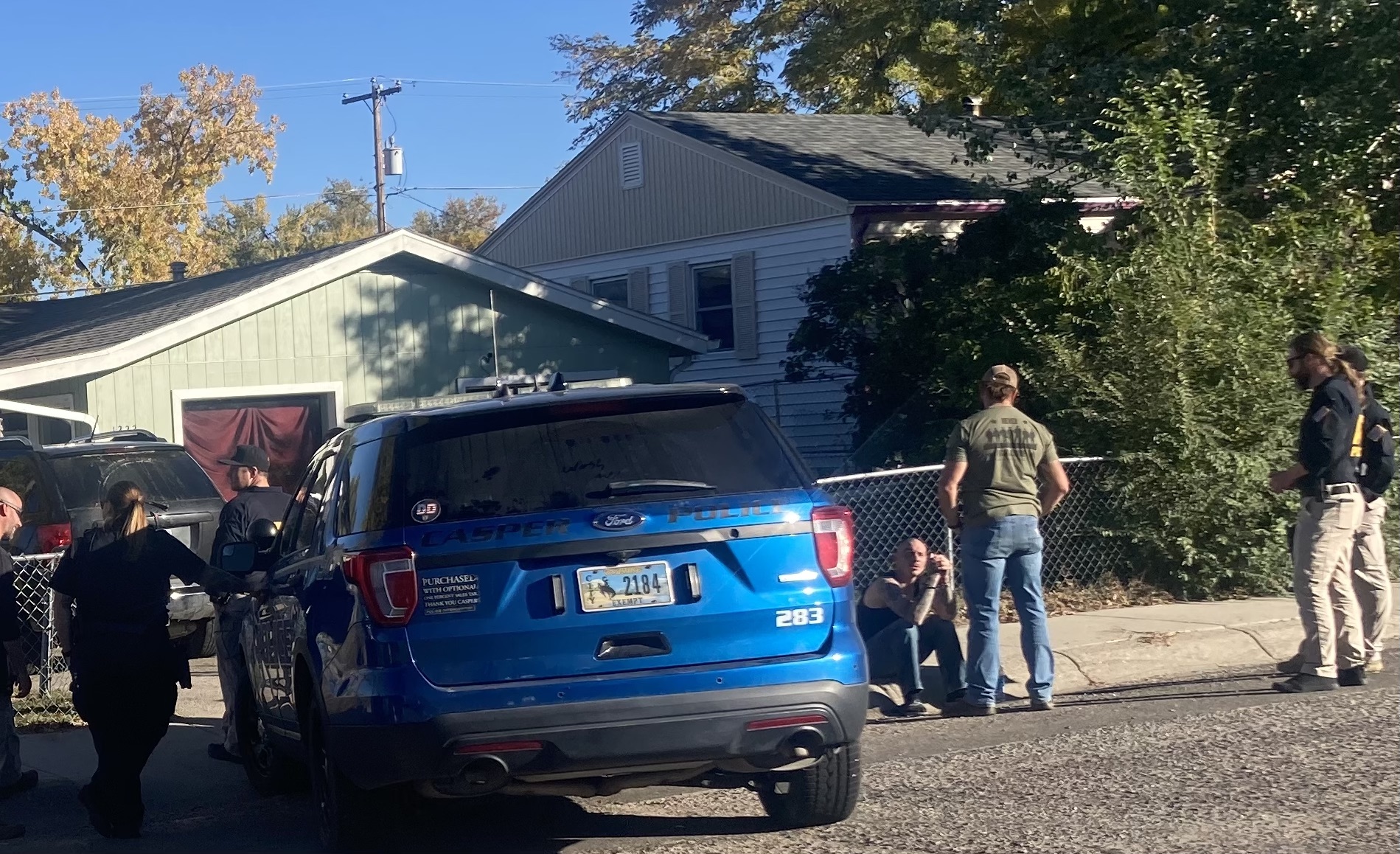 Schutz was arrested Oct. 20 at his home after Casper police and regional Bureau of Alcohol, Tobacco and Firearms agents arrived to execute the federal warrant. (Gregory Hirst, Oil City)

CASPER, Wyo. — A Casper resident has pleaded not guilty in federal court to charges of being a felon in possession of a firearm, according to the U.S. Justice Department.

Patrick Schutz was arrested Oct. 19 at his home after Casper police and regional Bureau of Alcohol, Tobacco and Firearms agents arrived to execute the federal warrant.

The warrant was pursued after an ATF agent in the Cheyenne field office was notified in May that Schutz, a convicted felon, was seen at the Stuckenhoff Shooting Range in possession of multiple firearms.

Schutz was arraigned on the charges before United States Magistrate Judge Michael Shickich in Casper on Nov. 29.

Schutz is considered innocent until proven or pleading guilty.

A trial has been set for Jan. 23, 2023. If convicted, Schutz faces up to 15 years’ imprisonment with three years of supervised release, up to a $250,000 fine, and a $100 special assessment. A federal district court judge will determine any sentence after considering the U.S. Sentencing Guidelines and other statutory factors.

The case is being investigated by the Bureau of Alcohol, Tobacco, Firearms, and Explosives. Assistant United States Attorney Jonathan C. Coppom is prosecuting the case.