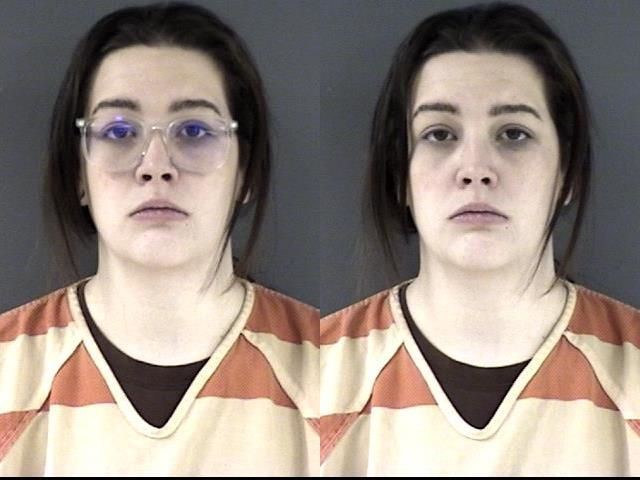 (Photo from the Cheyenne Police Department)

CHEYENNE, Wyo. — The Cheyenne Police Department arrested a third suspect in its investigation of a Jan. 9 shooting that killed a Triumph High School student near Frontier Mall.

Detectives arrested Sarah Heath, 26, of Burns on charges of accessory after the fact to manslaughter, furnishing alcohol to a minor (three counts), and possession of marijuana.

She was booked into the Laramie County Jail this morning, Tuesday, Jan. 17, without incident, police said.

Through the investigation, officers learned that four people were traveling in a vehicle together. Heath was identified as the driver, while two other suspects, Tirso Munguia, 19, and Cody Nicholson, 18, were seated in the back and the victim was seated in the front passenger seat.

According to statements, Munguia and Nicholson were handling a firearm while the group was traveling on Dell Range Boulevard. Munguia reportedly fired the gun, striking the victim. Heath pulled the vehicle over and Nicholson fled on foot with the firearm. Heath then proceeded to the Frontier Mall parking lot and placed a call to 911.

This case remains under investigation by the Cheyenne Police Department.