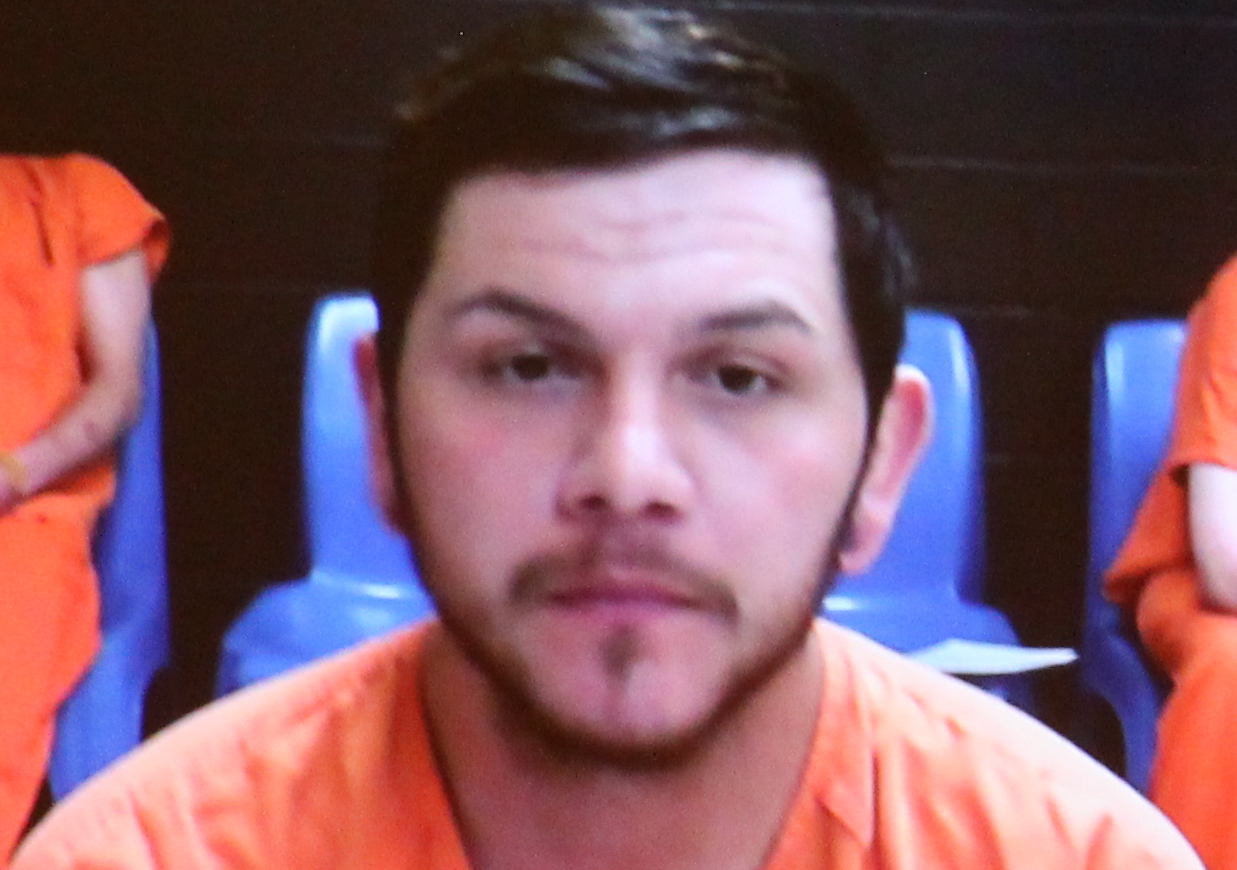 CASPER, Wyo. — A Natrona County man has been charged in connection to an alleged fentanyl delivery conspiracy that investigators say also involved the man’s sister, mother, and grandmother.

Bryson Mathei, 26, is charged with conspiracy to deliver fentanyl. All defendants and suspects named in the following matters are presumed innocent until proven or pleading guilty.

The case began in November 2021, when the Wyoming Division of Criminal Investigations identified Manthei as a suspect in the distribution of fentanyl. According to a WDCI affidavit, a confidential source had identified Manthei as someone who had sold them fentanyl. In March 2022, the source told investigators they’d kept up the purchases and had also purchased fentanyl from Bryson’s mother, Mari Manthei-Robinson.

A search warrant executed on Manthei’s social media accounts revealed discussions with Torrey-Miller Topping, who was dating Mathei’s sister, Brauwyn Eaby. Agents found Manthei had attempted to make $4,625 in payments to Miller-Topping on CashApp. Agents also found exchanges between Manthei and others discussing the prices for “blues“ and “blue paint” — known by agents to often reference fentanyl distributed in the form of blue counterfeit OxyContin pills.

In one exchange with Manthei, another alleged distributor referred to “the strongest presses I’ve ever had.” In the affidavit, WDCI agents reference two fatal overdoses last summer in their summary of the investigation.

On Oct. 21, 2022, Manthei was pulled over by Mills Police for failing to yield when exiting the Maverick Station, according to an affidavit. Misdemeanor amounts of psilocybin mushrooms, fentanyl, and methamphetamine were found, Mills PD said. During the interview, Manthei said he was staying with his mother in Mills.

On Nov. 22, 2022, DCI agents executed a search warrant on properties in Mills owned by Manthei-Robinson. Investigators say they found 130 presumptive-positive fentanyl tablets. About 2.3 grams of methamphetamine was also found in a backpack believed to be Miller-Topping’s, according to the affidavit.

On the same day, WDCI searched the couple’s Andrea Lane apartment, where Eaby’s child also lived, and found about 40 grams of suspected methamphetamine, according to the affidavit.

Manthei-Robinson, Eaby, and Miller-Topping were arrested and charged with conspiracy to deliver fentanyl, among other charges. Earlier this month, Bryson’s grandmother, Ramona Manthei, was also charged in the conspiracy.

WDCI notes in an affidavit that Manthei-Robinson was also the founder and executive director of Drew’s Decision, a suicide prevention nonprofit located in Mills. Until about the time of her arrest in November, she was also a deputy county coroner.

WDCI noted that substance addiction is often a component of mental health struggles, and considered Manthei-Robinson’s contact with the nonprofits’ clients and her capacity as a deputy coroner to be aggravating factors in the investigation.

An arrest warrant was issued for Bryson Manthei in early December, according to court records. He appeared in circuit court for his initial appearance on the charge on Jan. 19. Bond was set at $40,000 cash or surety.

He also renewed his not guilty plea to the misdemeanor drug charges from October after failing to appear for docket call.