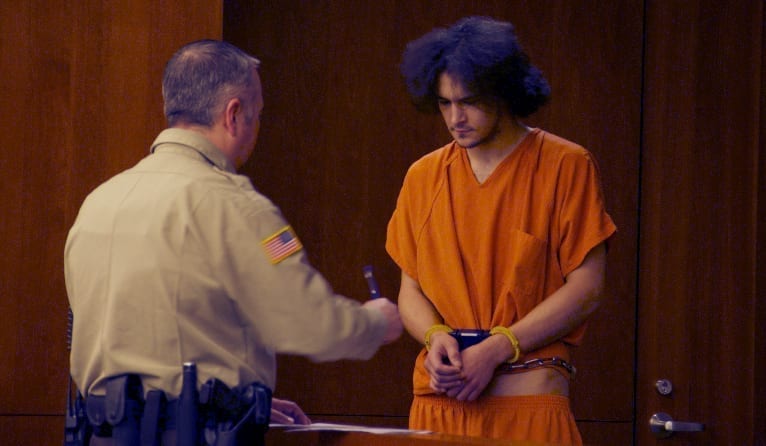 Details have been released regarding the shooting of a 27-year-old Casper man during the early morning hours of Monday (2/6/27).

Travis Hall made his initial appearance in court on Tuesday afternoon and heard the charges against him: Attempted 2nd Degree Murder, Aggravated Assault, and Use of a Deadly Weapon in the shooting of Cody Lawson.

According to court papers, police say that at about 1:39 am, dispatch received a call from Lawson’s roommate, Gavin Shaffer, saying that Lawson had been shot by Hall, and that Hall had then fled the home on foot. Police responded to the area near the home, on the 1700 block of South Washington Street, to render aid to the home and search for the suspect.

Officers made contact with Hall near Glendale and 21st streets, and approached Hall with guns drawn. Hall is said to have raised one hand above his head, then set a gun on the ground before being taken into custody.

Officers conducted interviews with the victim, Hall, Shaffer, and another witness who had been in the home at the time of the incident named Bryce Miller.

In the police affidavit; Miller, Shaffer, and Lawson’s accounts claim that Shaffer had been friends with Hall, and after running into Hall at a local pizzeria, Shaffer had invited Hall over to drink and play beer pong. Over the course of the night, the three say that Lawson had come out of his bedroom to complain about the noise level.

Hall’s version of events, as described in court papers, is different however. Hall at one point told officers that the gun was his, and described it as a Taurus “Judge” .45 revolver, with 4 “fatboy long rifle” .45 rounds and a single .410 pheasant round. Hall claimed to have fought over the gun with one of the other people in the house. Saying that he believed the other man to have a knife or a gun, Hall is quoted in the affidavit as saying that the other man must’ve had a weapon because he wouldn’t pop a shot off “all willy nilly, like a dumb ass.”

A second interview however yielded a different story. Hall said that he had not become physical with anyone over the gun, but instead had felt threatened by Lawson and that Lawson “must have had a weapon or something.” Hall then describing emptying the gun of all five rounds before leaving the scene. Hall was then quoted as saying “this was dumb all the way around; I am so disappointed in myself.”

The police papers also describe Lawson’s non-fatal wounds as being “through-and-through,” meaning that the bullet passed through Lawson’s body and lodged elsewhere. The bullet is believed to have entered the lateral side of the left upper-arm, missing bone and major blood vessels. The bullet then is said to have exited the other side of his upper arm and entered Lawson’s chest, traveling along Lawson’s sternum, and exiting the right side of his chest. The bullet did not enter Lawson’s chest cavity and missed all major organs/vessels.

Charges are subject to change and any suspect is considered innocent until proven guilty in a court of law.

Hall will make his preliminary appearance in court, to determine if the case will be handed over to District Court, at a later date.