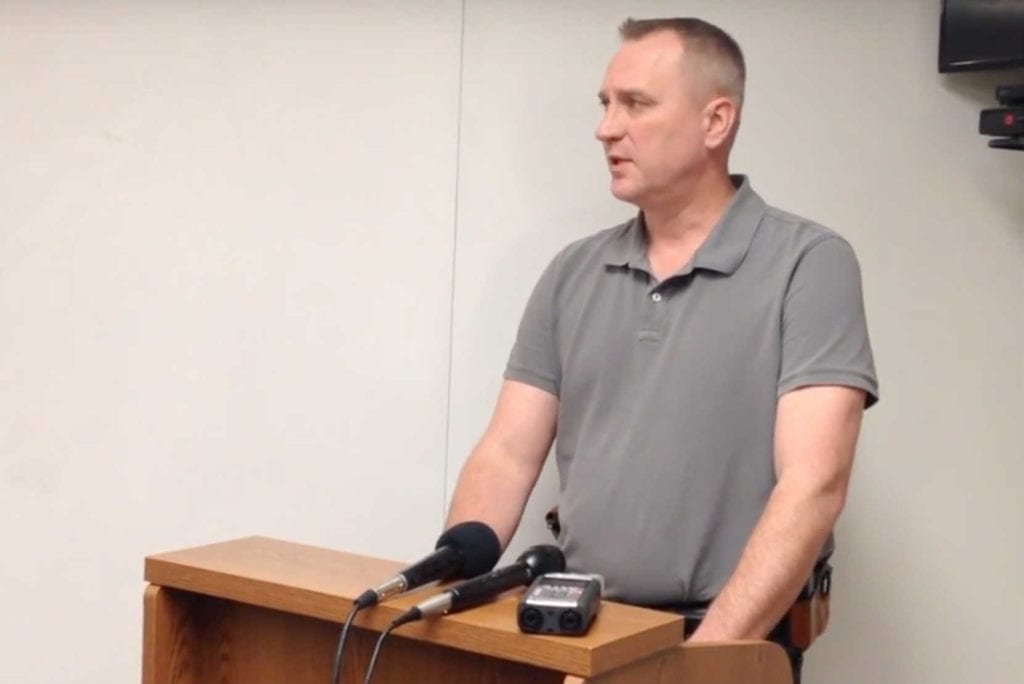 The Natrona Couny Sheriffs Department received a call just before 10:30 pm on Wednesday (2/8/17) of a prowler near the 4800 block of Bel Vista Drive in Bar Nunn, Natrona County.

During a press conference this morning, Natrona County Sheriff’s Sergeant Aaron Shatto took questions from media during a briefing Thursday (2/9/17) morning. During the conference Shatto confirmed that when deputies arrived on scene, they learned that a male had forced entry into a Bar Nunn home and attacked the occupants inside the residence.

The Natrona County Special Response Team was activated to respond to the incident. Shortly after 9:00 am on Thursday, the SRT team had apprehended two individuals inside the residence. The NCSO says they continue the investigation and will provide further details as they become available. Anyone with information regarding this incident is asked to call the NCSO at 307-235-9282.

Nearby Bar Nunn School was advised to be put on “lock-out” status. Meaning that no one can enter the building, and students are confined inside, but that school operations within the building were allowed to proceed as normal. That lock-out has since been lifted.