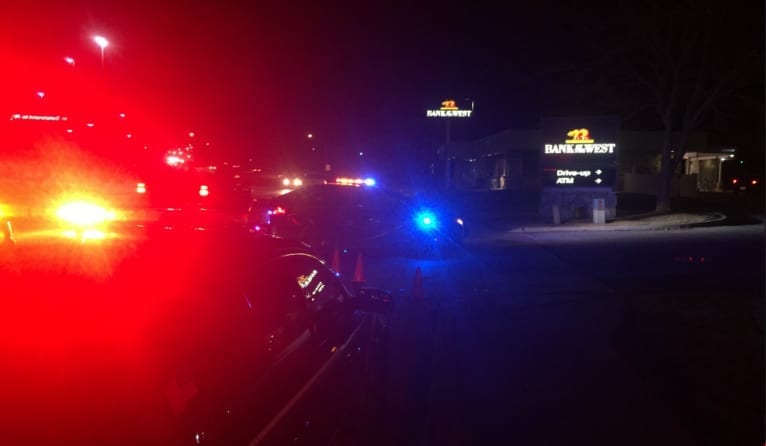 Details are few at this hour, but officers on the scene say that there is no immediate threat to public safety.

Oil City received word of a large police presence outside Bank of the West near Southeast Wyoming Boulevard and Gannett Street. Police say that a man exited a moving vehicle near the bank, causing injuries. The man was taken to the hospital.

Patrolman Chris Cook was on scene and gave this statement to press:

“We got a call about 6:15, or so, of a male that exited out of a vehicle, had some injuries to him. Officers responded and medics responded and transported him to the hospital for non-life-threatening injuries.”

Police Department officials have declined to release any further information at this time.

The incident is still under investigation.