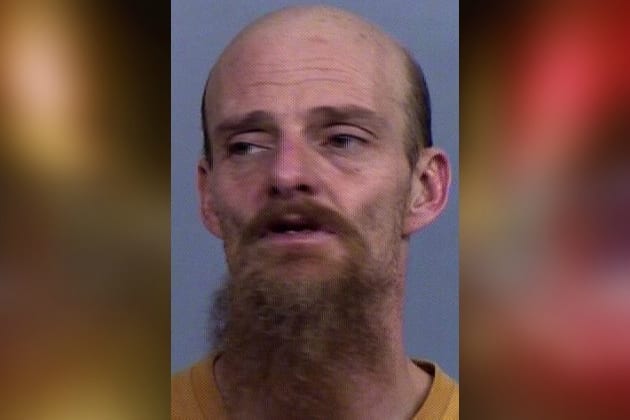 A Casper man has been arrested for the second time in four weeks. 41-year-old Thomas Cole Colby was arrested just after 8:30 pm on February 14th, 2017; and was booked on charges of Burglary and a Hold for Probation and Parole.

Thomas made headlines in Casper in August of 2013, when he plead guilty to burglary at Eastridge Mall. He then made headlines again in late January after allegedly attempting to gain access to vehicles in a North Casper Apartment complex. During the investigation into the January incident, police quoted Thomas as saying that he was “trying to cause mayhem.”

The Valentine’s Day arrest comes after complaints from two area businesses. First, officers say that they responded to a call at the Courtyard by Marriot Hotel on Hospitality Lane in Casper, just before 7:00 pm. Hotel staff reporting that a man had attempted to gain access to a guest’s room. The suspect was then seen to be leaving the hotel with towels that matched the description of towels that would normally be found in the hotel’s housekeeping area.

Approximately an hour-and-a-half later, a business on Walsh Drive complained of a male gaining access to a private office and fleeing with items taken from that office. Officers noted that the suspect in both the hotel and the office thefts had a matching description.

A suspect fitting that description was found by law enforcement at a nearby restaurant, and was later identified as Thomas. Witnesses confirmed that they believed Thomas to have been the individual present at both thefts.

A search of the area between the hotel and office yielded items that are alleged to have been taken from the housekeeping area of the hotel. Items on Thomas’s person when police first contacted him, locked in a restaurant bathroom, were identified as having been taken from the Walsh Drive offices.

Thomas will face formal charges at his initial appearance. Charges are subject to change and all suspects are presumed innocent until otherwise proven in court.