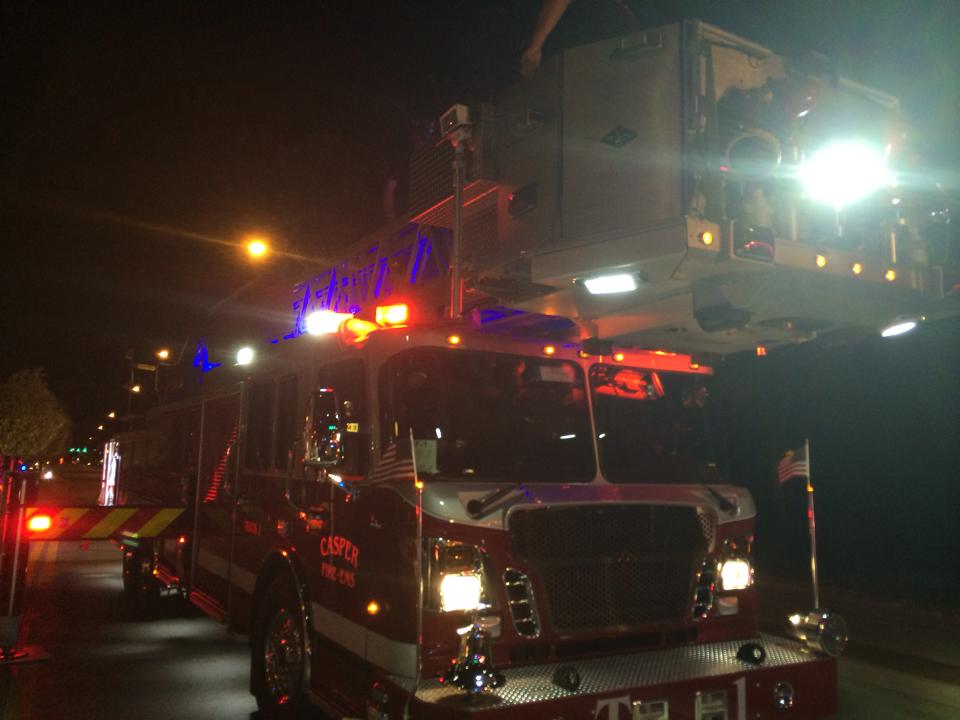 Casper Fire-EMS is reporting details of a structure fire in West Casper, that reportedly happened just before 9:00 pm Monday night.

Casper Fire-EMS says that at approximately 8:48 pm, fire fighters were dispatched to a reported structure fire at 70 Yucca Circle. Initial reports were that a fire had started in/near the wood burning fireplace and that the occupants were evacuating. Upon arrival, fire units found a trailer home with smoke coming from the door and windows. One occupant was on the roof of the trailer attempting to extinguish the fire. Fire units assisted the occupant to the ground and then entered the home and quickly extinguished a small fire around and above the wood burning fireplace.

The origin of the fire was determined to be the wood burning fireplace, but it is unknown if it was a malfunction or inappropriate use. There was moderate damage to the structural portion of the trailer around the fireplace, but overall, the home and contents were unharmed.

The Casper Fire-EMS Department would like to take this opportunity to remind all citizens that working smoke detectors save lives! In this case, the time of day allowed the parents, who were still awake, to get the children up and help them evacuate. However, officials remind that fires don’t always happen when someone is awake, and in those cases working smoke detectors can make a difference.

Residents are encouraged to contact neighborhood fire stations or the Community Risk Reduction division for any questions regarding smoke detector placement and installation.