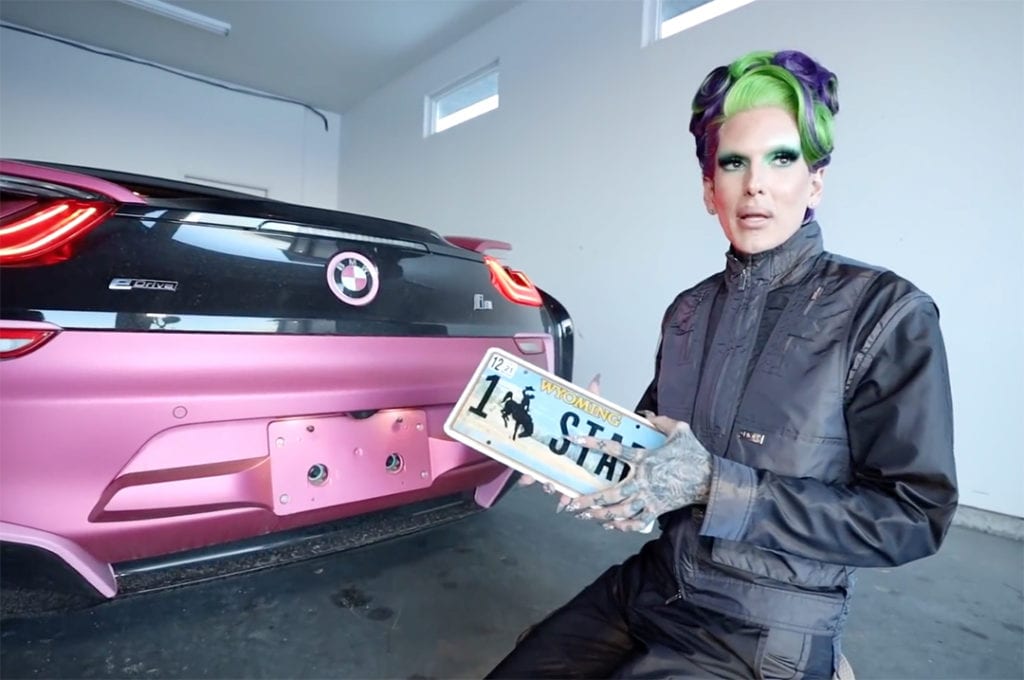 This story has been updated with breaking information

Related Update: Jeffree Star and passenger were wearing seatbelts at the time of crash

Wyoming Highway Patrol Sergeant Jeremy Beck confirms that that Star and another individual were involved in a rollover crash on Natrona County’s Hat Six Road.

Beck said that initial reports show that a vehicle Star was travelling in hit a patch of slush, slid, and eventually rolled.

The condition of either occupant of the vehicle was not immediately available.

A picture of Star was posted to his Twitter feed Friday afternoon, confirming that Star and another had been involved in a crash in Star’s Rolls Royce SUV. A report on their condition was not available, although star appeared with his eyes closed and in a neck brace, in the photo.

Star is a recent celebrity transplant to the area. Star said on social media recently that he has opened a fulfillment center in Casper and has hired an unspecified number of local employees.

“So I am employing all a local people from Casper, Wyoming, here in this beautiful town, and we do have a lot of new businesses opening…slow and steady wins the race,” he said in a recent video.

Oil City has sent multiple requests for comment, interview, or discussion to Star’s associated social media, and through official channels on Star’s business website, concerning Star’s local business dealings. Those requests have not been answered.

An earlier version of this story incorrectly reported the color of Star’s vehicle. It has been corrected.