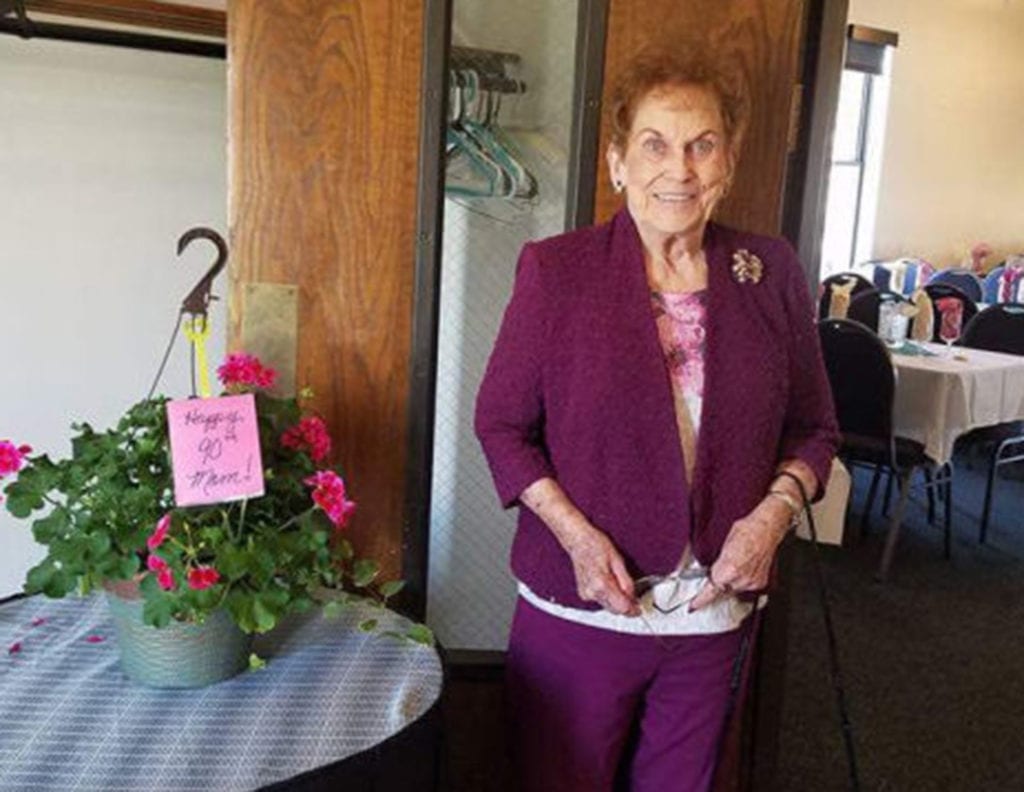 Marjorie (Marge) Mae Grenier, age 91, passed away peacefully on Thursday, May 31, 2018 at her home surrounded by her family. She was born on May 23, 1927 in Washington, Nebraska to Charles and Helena Misfeldt. She graduated from Blair High School in 1944. She married Edward Grenier on April 24, 1948. They moved to Worland, Wyoming in 1957 than in 1962 they moved to Casper where they lived until their deaths. She worked various jobs including pediatric ward clerk at the hospital and a teacher’s aide, but most importantly served as a housewife and mother. She enjoyed playing bridge, dancing, games of chance, any kind of card and board games and especially all family gatherings. She was a member of the Elks and Eagles.

A funeral service will be held at 11:00 A.M. on Tuesday, June 5, 2018 at Bustard’s Funeral Home in Casper with Tracy Peterson officiating. Visitation will be held on Monday, June 4, 2018 from 5 to 8 P.M. at Bustard’s. Interment will be at the Oregon Trail State Veterans Cemetery in Evansville, WY.

In lieu of flowers, memorial donations may be made in Marjorie’s name to Central Wyoming Hospice, 319 South Wilson Street, Casper, WY 82601.

Marion Naughton, died at home in her sleep at the age of 92.

Marion was born in New York City, to Leslie and Emily (Demlein) Murrell. She attended schools in Elmhurst, NY, where she graduated high school. She then attended Miss Dunbar’s Secretarial School in Brooklyn, NY, and was employed as a secretary by Graybar Electric, Magor Car Co and the office of Chief of Transportation in Washington, DC. She was also employed by the Dept. of Veterans Affairs.

In Oct, 1948, she married Paul Naughton. Following her husband’s career with the Federal Government, they moved to Washington DC, Salt Lake City, UT, Denver, CO and in 1965 moved to Casper, WY.

Marion was dedicated to St. Anthony Church and School, holding office in CCW and PTO. Marion served as a member of Bishops Guild, Fatima Shawl Ministry, Benedictine Oblates and a Eucharistic Minister. She published the St. Anthony Monthly Message, served as a Brownie and Girl Scout Leader, Welcome Wagon Hostess and Teacher’s aide at Dean Morgan Jr High School. She was an officer of Cana Club, Maverick Square Dance Club, and Casper Water Ski Club. Marion served the community of Casper as a member of ESVP at the Senior Center, participated in the Chorus, Tap, Hawaiian, Line Dance, Tip Top Tappers and sang with Meadowlarks.

Alpine and Nordic skiing, water skiing, hiking, needlepoint, quilting, and sewing were her favorite activities. She was particularly proud of the Gold medals she won for swimming in the Senior Olympics for 17 years; as she swam daily at the YMCA. She enjoyed RVing with her husband, traveling all through Wyoming and the US.

She was preceded in death by her son John, her parents, and her husband of 64 years.

Memorials may be made to: