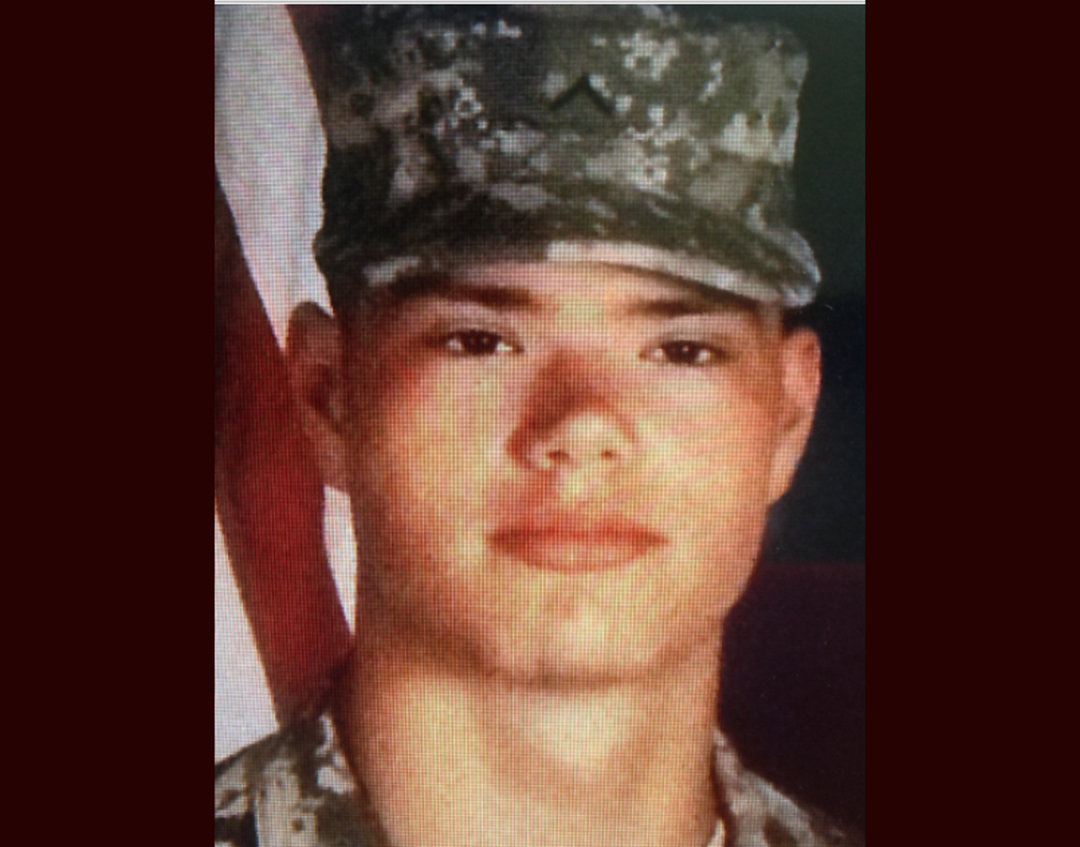 Ian Daniel Sanford, loving and beloved son of Bob and Suzee Sanford, passed away May 27, 2021 at the Wyoming Medical Center, surrounded by those who loved him most.  Cremation has taken place and a memorial will be held at a later date.

Ian was born January 10, 1998, in Casper and attended Casper schools.  Ian’s dream was to spend his life in the military, following in the footsteps of his heroes: maternal grandfather Lee Beekley (Air Force, Korea), paternal grandfather Al Sanford, (Navy SeeBees, South Pacific, WWII), cousin Jared Lee (Army, Afghanistan), and cousin James Morgan (Army, Poland).  He distinguished himself at Natrona County High School in the JROTC Mustang Battalion, under First Sergeant Mack Riggs, competing on both the Rifle Team and Drill Team and presenting the colors at sporting events and veteran funerals.  He enlisted in the Army National Guard as soon as he turned 17 and completed his basic training in the 434th Field Artillery Brigade at Fort Sill, Oklahoma, between his junior and senior years.  In 2017, Ian married Madison Utecht in Casper, Wyoming.

After serving three years in the Wyoming Army National Guard, Ian was devastated to be medically discharged and unable to deploy to Iraq with his Battle Buddies and Forever Brothers.  Upon their return to Wyoming, they honored Ian as their Forever Brother by including him in their get-togethers and he loved spending time with them, reliving their adventures with them.  Our family wishes to thank them for their support and love for Ian.

Ian has always been a blood and plasma donor through BioLife, and he wished to be an organ donor after death.  His wishes were carried out and thanks to the Donor Alliance, his heart, lungs, liver and kidneys were flown to different parts of the country to share the gift of life with others.  Ultimately, Ian’s donations can impact over 75 direct transplant recipients and their loved ones.

Ian’s mom and dad introduced him to the outdoors and wonders of Wyoming from birth, taking him on his first ice fishing trip at 6 weeks old.  He loved the Wyoming outdoors and enjoyed hunting, fishing, camping, hiking, and shooting with family, friends and sometimes just with his dog, King.  He spent several summers competing in the trapshooting leagues with his maternal grandparents, Lee and Marie Beekley. He was kind and compassionate in his love for his family, friends and animals, and had a wicked-sharp wit and sense of humor.

In memory of Ian, the family would ask that you introduce a young person to the wonders of Wyoming, that he or she can develop a lifelong appreciation for the infinite beauty Wyoming offers.  Please consider becoming an organ and tissue donor.  Go to donoralliance.org for more information.

Richard (Dick) Lagene Stairs died October 15, 2020.  He was born March 25, 1937 in Callaway, Nebraska to Laurence E. and Bessie Eileen (Smith) Stairs. He grew up in Pavillion and Evansville, Wyoming.  In 1962 he went into the Army and was stationed in Mineral Wells, Texas. He worked as a speed radio operator. He received a sharp-shooter rifle badge and a metal of good conduct.

Rosemary (Johnson) Stairs died February 5, 2021.  She was born in Douglas, Wyoming on December 17, 1939 to Lester W. and Rose Johnson. She grew up in Converse county, Wyoming graduating from Douglas High School.  She attended Park Business school in Denver, Colorado.  She met Ronald G. Clapp and they married and had two children Regina and Rodney.

Dick and Rosemary met in the late 60’s and had found their soulmates.  They married October 6, 1969.  Their family became complete with the birth of their son, Richard D. Stairs.  Their marriage and family were their number one priority.   In the 90’s they became beloved grandparents to Emily, Matthew, Sean and Logan.

Richard worked hard all his life and had several different jobs.  After many years with Fleischli Oil, he retired in 1999.  He kept busy after retirement with his many projects and hobbies. Blessing those who knew him with his expertise and designs.

Rosemary worked in the insurance industry for many years including Lange’s Western Agency as an agent and bookkeeper.  She was always creative and after retirement she continued to create many beautiful handmade articles, which she generously shared.

Dick and Rosemary became snowbirds for several years going to Black Rock RV Village in Arizona each fall.  They were able to spend more time with Rodney, travel the Southwest reconnect with family and make many new friends.  They also traveled to South Carolina, Baltimore, and Washington D.C. When they were back in Wyoming, they loved to attend local events, garage sale, visit with friends and of course, spend time with family and attend all their events. They made friends wherever they went.

Alzheimer’s disease took away Rosemary’s ability to live in the family home.  Life Care Center in Casper became her new home.  Known as the ‘love birds,’ Dick visited her at least twice a day every day. They were married 51 years.

They enjoyed attending Highland Park Community Church where a memorial service will be held Friday, June 11 at 10:00.  Following a reception at the church, intermit will be held at 12:30 at Oregon Trail Veteran’s Cemetery in Evansville, Wyoming.  A link will be available to watch the service via ZOOM.