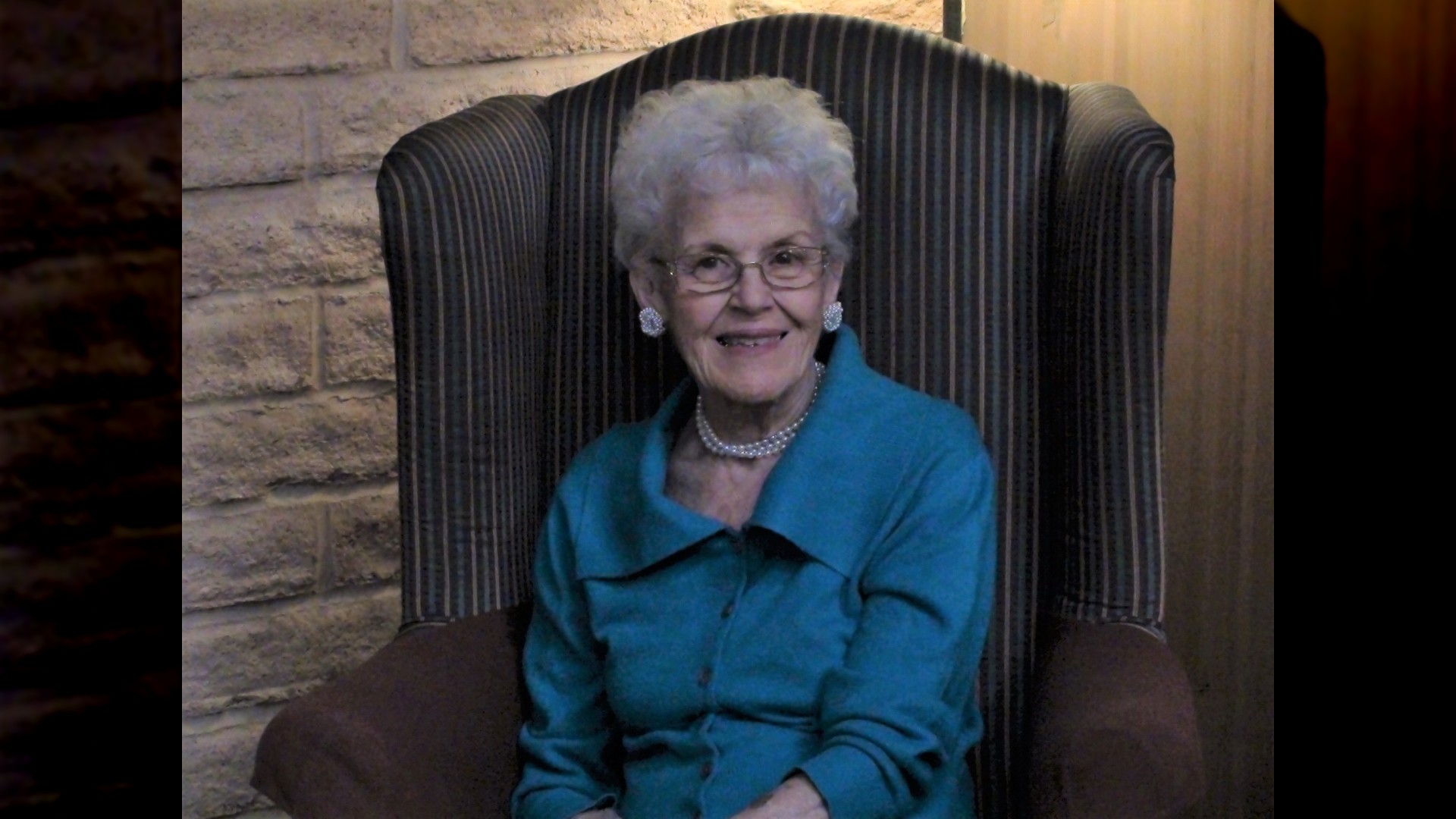 Funeral Services for Vivian “Fern” Ladwig, 91, will be at 10:00 a.m. Saturday, September 25, 2021 at Zion Lutheran Church in Douglas, Wyoming with Reverend Jonathan Durkopp officiating. Inurnment will be in the Douglas Park Cemetery.

Vivian “Fern” Ladwig passed peacefully into the arms of her Savior on Thursday, August 26, 2021 at Cadence Living Home in Lakewood, Colorado. Fern was born on Tuesday, April 8, 1930 to Daniel Wayne Dieleman and Cora Elizabeth (Bright) Dieleman in Lost Springs, Wyoming. During childhood, Fern lived with her parents and sister Betty on their ranch in Lost Springs. As a teen, Fern traveled back and forth from Lost Springs to Douglas for high school. In high school, Fern played the clarinet and was a proud member of the Douglas High School Marching Band. After graduating, Fern moved to Denver, Colorado in the fall of 1947 and attended the Burnes Business College. She graduated nine months later.

On May 31, 1948, Fern married the love of her life, Harold Frank Ladwig, and they started a ranch outside of Keeline, Wyoming, where she was a homemaker. Fern and Harold moved to Douglas in January 1955, where she lived until shortly before her death. Along with being a homemaker and raising three boys, she also worked for Pacific Power and Light, where she used her bookkeeping skills. She retired in 1985. Fern also worked a few years for Gene L. Payne Company as a bookkeeper.

Fern was an award-winning artist. She was asked by the Douglas Rotary Club to commission a piece of art that later hung at the Capitol in Cheyenne. She collected quite the array of first-place ribbons from the Wyoming State Fair. She was known for her paintings of Wyoming country and wildlife. Along with painting, Fern enjoyed the outdoors and loved doing archery with her two younger sons. Fern was also an accomplished musician. She could play the clarinet, organ, piano, and even the trumpet, and played in the Douglas Senior Center Jamboree Band. Fern and Harold were a founding family of Zion Lutheran Church in Douglas. Fern was also the church organist for thirteen years beginning in the 1980s. She loved her church and volunteered much of her time there.

The one thing that Fern enjoyed most was her family. Her grandchildren were the loves of her life. Fern loved spending time with her four grandchildren and two great-grandchildren. Fern taught them how to play the electric organ, piano, and clarinet. She was known to make some yummy sugary snacks every now and then and always made sure they had a full breakfast. She would read them bedtime stories and tuck them into bed. The love she had for her family can never be duplicated. She was a one-in-a-million grandma. Fern was a beautiful soul who carried light in her smile and love in her bones.

“In life we loved you dearly, in death we love you still. In our hearts you hold a place, no one else will ever fill.” — Anonymous

The Gorman Funeral Homes – Converse Chapel of Douglas, Wyoming is in charge of the arrangements.

Condolences may be sent to the family at www.gormanfh.com.