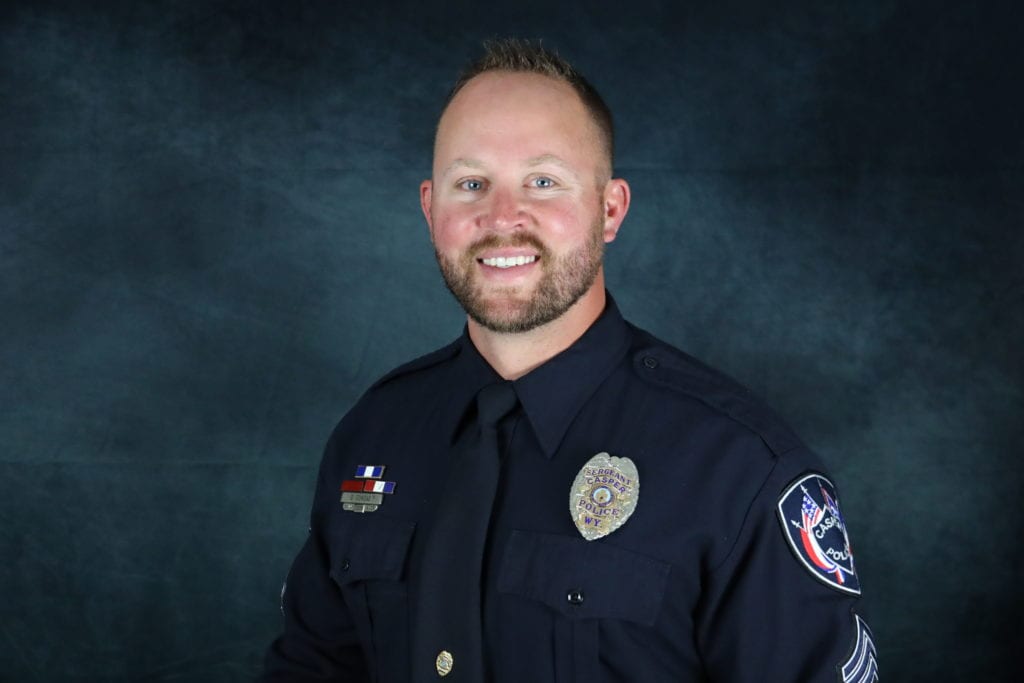 Our family and the entire community suffered a great loss on September 27, 2021. Daniel Charles Dundas — Danny to everyone who knew him — passed unexpectedly in Casper. He was born on September 19, 1985 into a native Casper family, the son of David and Karla (Galles) Dundas. He had two sisters, Heather and Jennifer, and later on his brother Jesse joined the family.

During his early years, Danny was full of energy and possessed an incredibly fun personality. He attended Park Elementary, Dean Morgan Middle School and graduated from Natrona County High School. He went on to the University of Wyoming. From his childhood, his family and friends knew Danny had a brilliant mind and was able to blend his intelligence with a very competitive and athletic lifestyle. He participated in many sports throughout his life, including wrestling, soccer and football, all of which he exceled at.

Danny had compassion for all people his entire life. Regardless of a person’s background or situation, he was able draw them to him and into his group. People were attracted to his sharp sense of humor and genuine kindness for everyone he met. His goal was to always be active and have fun.

After graduating from the University of Wyoming, where he earned a degree in Criminal Justice and Psychology, he joined the Casper Police Department. His chief at that time mentioned that Danny was special and he could go very far in the force. The chief even mentioned he wouldn’t be surprised if Danny became Chief one day.

He was a lieutenant at the time of his death and he was the youngest person to achieve that rank in the Casper Police Department. Danny was a highly decorated police officer. He received seven certificates of commendation, a letter of merit, the Life-Saving Medal, the Distinguished Service Medal, the Police Service Cross with combat distinction and two Unit Commendation Awards.

He was also Officer of the Year in 2011 and Sergeant of the Year in 2015. Danny never viewed his work as simply law enforcement, but rather community service. In 2011, Danny and firefighter Craig Kidder rescued a 14-year-old girl from the North Platte River, saving the girl’s life. In many respects, he was the face of the Casper Police Department, appearing in many videos produced by the department in both serious and humorous veins, many of which were posted to the department’s social media pages.

Throughout his career, Danny touched many people in and out of the force. In his work, he encountered all types of people in countless places in their lives. He called them his “clients” because he honestly believed he could help them back onto the good path of life. His success at this can certainly be seen through the incredible outpouring of support shown and comments he received over the years.

Danny continued to make a difference in the community by helping multiple groups and participating in a large number of city-wide organizations. Both as a young man and later in his career, Danny was determined to make a Casper a better place.

Danny has one son, Maddux, and instilled the same passions and values he held dear into his son’s life. Maddux was his top priority and loved him beyond description. He always encouraged his son to not only live but excel in life!

This past summer, Danny married his best friend Annie, and along with Maddux and Annie’s children, Brielle and Jonah, and their three wild dogs, they settled in as a family in Casper. Police work can be very trying and can take a lot out of a person, but Danny always brought home laughter, peace, safety, rest, and joy every single day. Things could get crazy at times with two middle-school boys and a young girl that adored him no matter what crazy things Danny said or did. He loved nothing more than having all five members of the family sit down for dinner together, and many times this dinner he himself had prepared on his smoker. He loved his home and the family more than can be described and he was so proud of the life he and Annie built together.

Although Danny left this world much too early, he provided years of love and laughter that are forever imprinted on the souls of Annie and their children.

In addition to his wife Annie, his son Maddux and step-children Brielle and Jonah, Danny is survived by his mother and father David and Karla Dundas; his sister Heather Butler and her husband Dude and children Mariah, Jace, Collin and Charley; his sister Jennifer and her husband Jeremiah Benardis and their new daughter Jada; and his brother Jesse Morgan and wife Brittney and their son Elijah. Danny is also survived by a very large extended family of many aunts, uncles, nieces, nephews and cousins.

He was preceded in death by both his paternal and maternal grandparents.

Danny touched many members of the Casper community and many are saddened and are struggling with the loss of a great man. Thank you, Casper, for sharing in the life of a true Hero!

We will miss our son, brother, friend and compassionate fun-loving Danny and Casper is a better place because of him.

At the wishes of the Dundas Family, a public memorial service is scheduled and all wishing to pay their respects to Danny are invited to attend. The service will be held on Monday, Oct. 4, 2021 at the Ford Wyoming Center, beginning at 4:00 p.m.

The Dundas Family asks that attendees wear blue, black or patriotic clothing in honor of Danny. In lieu of flowers, the Casper Police Department is accepting memorials in recognition of Lt. Daniel Dundas.