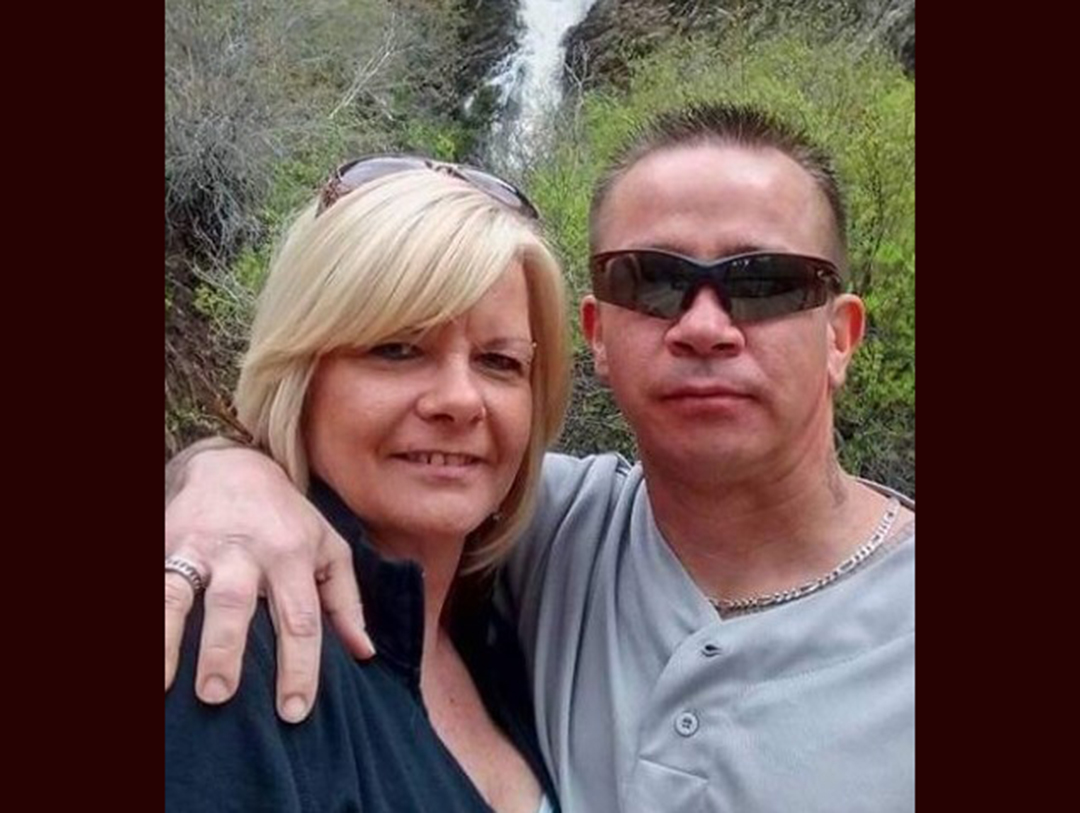 He enjoyed most of his life surrounded by friends and family as well as his wife Selina Shiflett. He enjoyed fishing and riding motorcycles.

He is survived by his siblings Lacey (Cody) Stephens, Michael (Diandra) Smethers, and Sherry Hicks.

He is preceded in passing by his parents as well as his wife Selina.

Larry was born on September 21, 1957 in Bismarck, North Dakota along with a twin sister to Johnny Franklin and Lucille Ann (Ekwortzel) Lafferty.   He was greeted with open arms by two brothers, Terry Lee and Johnny Ross, and later another brother, Jesse Franklin, which completed the family.

The family lived in many places, traveling to “where the work was” due to their dad’s career as a welder. Each move was a new opportunity for Larry to explore and he made friends wherever the family lived. The family finally settled in Casper, Wyoming, where summers were spent playing baseball with his brothers, starting in Little League. Larry had a tremendous natural talent for playing baseball.

Larry graduated from Natrona County High School in Casper, Wyoming in the Bicentennial year of 1976. Larry’s athletic ability and the love of baseball continued after high school with him playing for American Legion, which led him to Florida to play for the Cincinnati Reds, although the Atlanta Braves were very interested in Larry’s ability to throw the ball hard, fast and with accuracy, along with his outstanding batting performance. Due to a traumatic leg injury, Larry’s baseball career ended that chapter of his life and a new journey began. Larry was known as “one of the best out of Casper” in his era.

Larry chose to follow in his dad’s footsteps as a welder. He quickly picked up this skill. As an independent contract welder in the oil and gas industry, he worked for various companies in Casper, Wyoming, but he never lost his love for traveling. His welding expertise took him throughout the United States, including Hawaii and Alaska. Larry settled in Denver, Colorado and started his own business, LAL Welding. As his business grew, Larry added a snowplow service.

He was extremely adventurous and excelled in whatever he tried. His outdoor activities included hunting with the family, fishing, camping, snowmobiling, skiing, and he became a master of the grill when barbequing. You might have even caught him doing karaoke singing “Rhinestone Cowboy.” His Sundays were spent watching football. He was such an extreme fan of the Denver Broncos that he proudly displayed the Bronco emblem on his right arm.

Larry’s life was enhanced the day he was blessed with the birth of his son, Logan Allan. No matter what Larry’s work responsibilities were, above all, his priority was to his son Logan. As a single parent, Larry stepped up to the plate to be “the best dad ever,” as Logan would state. They were referred to as “best friends” and inseparable. Vacations with Logan included traveling across the United States, starting at Mt. Rushmore and then visiting every amusement park and sights on the way, ending up in Chicago, later in Texas; going to concerts; and even working together on jobs. One memorable trip was to the Grand Canyon when Logan was five years old. As Logan grew, the vacations became a part of their lives. Logan referred to his dad as “the hardest working man I know.” One quote repeated to Logan was “work to live and live to work.” Later, Larry was blessed again with two grandchildren.

Though he only weighted 4 pounds at birth, he became a mountain of a man. His large stature housed an even bigger heart, and was ready to help family, friends, and even strangers. Larry had an outgoing nature and made friends wherever he went.

He is preceded in death by his parents, John and Lucille, sister-in-law Teri (Fife) Lafferty and nephews Travis Joe Mendoza and Nikolas John Lafferty.

Larry’s most memorable quote was, “I’ve had a good life.”

There will be a celebration of life for Beverly Carol (Leinen) (Harshfield) Capshaw who has gone home to be with her Lord on October 4, 2021. Services will be at the Restoration Church, located at 411 Walsh Drive in Casper, WY at 1 p.m. Monday, October 11, with graveside services following at Memorial Gardens, located at 7430 W. Yellowstone Hwy.

She moved to Casper, Wyoming in her early twenties to assist her pregnant sister. She married Gale LeRoy Harshfield on December 30, 1958 in Casper. Their union gave life to three children: Bernadine (Fred) Kuck, Lois (Westbrook) Fernette and Gary (Lori) Harshfield. Beverly and Gale’s union ended on December 24, 1978, but they remained friends until his passing in 1999.

On February 5, 1994, she married her old beau Jimmy Capshaw. She remained married up until his passing on February 10, 2004.

In turn, her 11 grandchildren blessed her with 21 great-grandchildren and she received the title GG. From the union of Jessie and Raul: Josiah, Josuah and Aleeza; the union of Joyce and Seth: Haley and Braden; the union of Fred and Miranda: Eve and Finley; Abigail and her previous spouse (Aaron Duncan): Jayme and Ewan; Johanna: Addison, Orion, Ryland and Daniel; the union of Nathan and Becky: Xander Rinard, Ezra and Izreal; the union of Andrea and Mick: Spencer Foley, Alyvia and Aryria; and the union of Koleby and his previous wife Jaclyn: Harper and Liam.

Beverly worked and retired from the Natrona School District. She started her career at Fairdale Elementary School and later moved to Verda James Elementary, where she was an office assistant and playground aide. She then went to Centennial Junior High as a night custodian. She enjoyed her years with the school district and formed many long-lasting friendships with staff and students alike.

After retirement, she enjoyed her time with family and friends. There was no such thing as a stranger in her home. She loved playing cards and other table games, cooking for an army (because you never knew who may show up), and traveling, but most of all being surrounded by family.