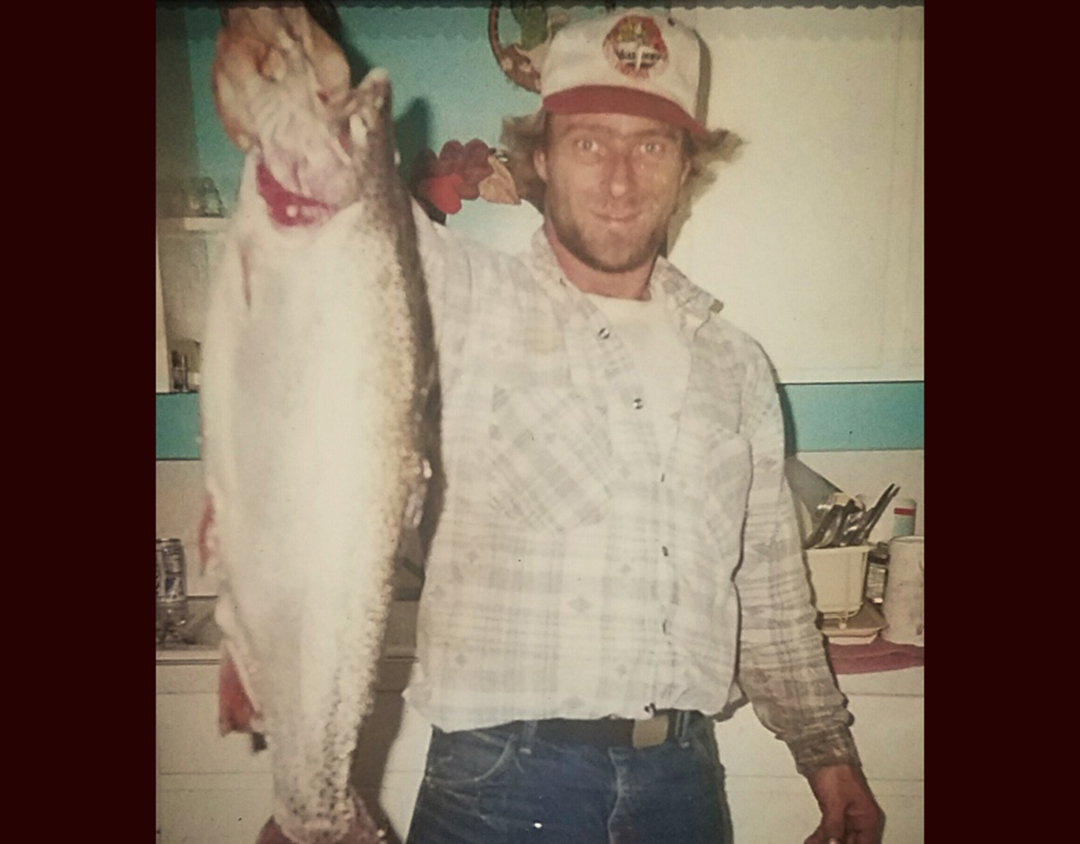 He was born July 5, 1961 in Casper, Wyoming. Chuck lived most of his life in Casper, except for a short time when his mother, Alice, moved him and his sisters Ruby and Reba and brother William “Bill” to Maryland.

His family, except Bill, ended up moving back to Casper.

Chuck decided to drop school and join the workforce. His first job was at J.W.Williams as a swamper. Within a year, he was working for the company as a welder. He worked long hours and became a very skilled welder, receiving many recognitions from the company.

In 1999, Chuck decided to earn his GED and received it in a graduation ceremony at Casper College. He continued to work at J.W.Williams for many years. He eventually ended up working at CVIC, where he enjoyed partial retirement.

Chuck never married and did not intend to have kids. He viewed his nieces and nephews as the kids he didn’t have and loved them as such.

His whole world changed when a daughter he was unaware of came into his life. He was overjoyed to discover that he had not only a daughter, but also a granddaughter.

Chuck had the warmest smile that could just light up a room. Chuck had many passions throughout his life. His favorite football team was the Ravens. He enjoyed eating a bowl full of chocolate ice cream. Chuck had a deep love for classic rock.

His greatest passions were taking his family rock hunting and fishing. It was his goal to share his knowledge with those that were willing to learn.

He worked hard early in his life so he could spend his later years with doing the things he loved with his family. He was always there for his family and never failed to step up when he saw they had a need.

There will be a memorial for Chuck in the spring of 2022 in Casper, Wyoming.

Nick Rolland (Bud) Hahn was born in Tacoma, Washington on April 3, 1946. He was the second child of Nick Hahn and Pearl Eleanor Nicholson. He was a really cute little boy with curly hair, dimples and a wonderful smile.

The family moved to Wyoming when he was a toddler and lived in Edgerton near his grandparents. By the time he started school, the family had moved to Farson, Wyoming, where he attended school for first through fourth grade. They were in Powell, Wyoming for fifth grade and Worland, Wyoming for sixth grade. The next move was to Edgerton, Wyoming, and Nick went to junior high and high school in the neighboring town of Midwest.

He enjoyed school, was a good student and participated in the activities that were offered. He played the clarinet and was on the football and basketball teams.

After graduating from high school, he attended college for two years and then in October 1968 he enlisted in the Army. His first assignment was in Germany and then he was sent to Viet Nam. He was given an honorable discharge in December 1970 after returning from Viet Nam.

Bud worked at various jobs over the years, including working on a fish processing boat in Alaska and laying fiber-optic cable in Florida. Most of the time, however, he worked as a mechanic and a heavy equipment operator in the oil fields in Wyoming.

He eventually moved to the Veterans Home in Buffalo, Wyoming, where he served on the resident’s council for a time. He made many friends there and enjoyed going on the outings and playing pool and bingo. He was a good pool player and won the 8 ball championship at one tournament.

In 2018, his health had deteriorated and he moved to the Wyoming Retirement Center in Basin, Wyoming, where he again made friends and participated in the activities that were offered. He passed away there on October 9, 2021.

He was preceded in death by his parents Nick and Pearl Hahn.

He is survived by two sisters Judy (Gordon) Saathoff of Evanston, Wyoming and Billie Jean Garnhart of Edgerton, Wyoming and a brother Carl (Edie) Hahn of Gillette, Wyoming, as well as three nieces and six nephews.

He was a member of the Church of Jesus Christ of Latter Day Saints.

He is now Home.

Service details are pending at this time.

Danny Lee Richards, 70, died on October 6, 2021 in Casper, Wyoming. He enjoyed hunting, fishing and various outdoor activities. He was the Minnesota State Arm Wrestling Champion in 1974 and 1975.

Danny moved to Oregon in 1986 and raised his family there. He is survived by his siblings Rick, Jeff and Linda; his son Jeremy Richards; his daughter Christianne Richards; and his grandchildren. He was preceded in death by his son Danny Dean Richards.

No funeral or memorial service is immediately planned. The family will notify loved ones in the future when a service is scheduled.