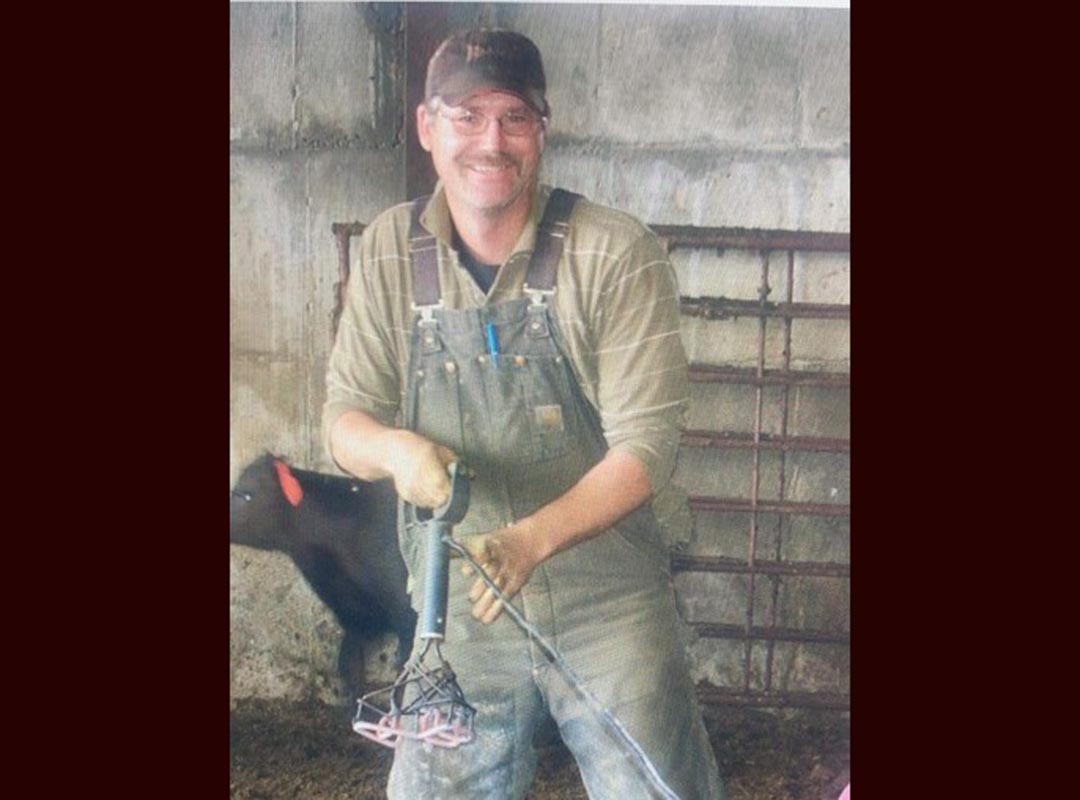 On Thursday, October 7, 2021, Russell Kuykendall unexpectedly passed away at the age of 53.

Russell was born on December 16, 1967 in Casper, WY. After graduating from Natrona County High School, Russell continued working on the family ranch and as a truck driver in various capacities. Russell truly was a jack of all trades and was always working on projects both for the ranch and with family and friends. Russell is survived by his three children Cody, Tyler and Amber as well as his granddaughter Alyson.

A funeral service will be held on Monday, October 18 at Liberty Baptist Church at 1 p.m. Donations may be sent in his memory to the Wyoming Rescue Mission.

On Sunday, October 3, 2021, our loving mother Theresa Martinez passed away peacefully at the age of 77 in Billings, Montana.

She was surrounded by her loving family and was welcomed into paradise with open arms by her husband, who preceded her in death in 2002.

She was born on August 15, 1944 to Alfredo and Jesusita Gonzales and grew up in Dixon, New Mexico. She met the love of her life, Onecimo J. “OJ” Martinez, when she was 18 years old. They were married in February 1963 and welcomed their first son later that same year.

OJ and Theresa eventually moved north and settled in Gillette, Wyoming. She enjoyed telling the story of when they arrived in Wyoming from New Mexico in April 1968: there were several inches of snow on the ground, more snow than she had ever seen. She quickly traded in her flip-flops and shorts for jeans and snow boots.

She was a devoted mother to Jesse Jr., Martin (Michelle), Domingo, Willie (Lindsay) and Ruby (Jarrod). She was also the proud grandmother of Martin Jr., Josh, Lacee, Halie, Amberlee, Maisha, Andrew, Amanda, James, Kristian and McKayla. She had 11 great grandkids and most recently welcomed Izzy, whom she adored and had regular video calls with.

She was the prime example of what a mother is: she loved unconditionally and without judgement; she was kind, gentle, and strong; and she was always there to provide emotional support, encouragement and advice. She often spoke of forgiveness and encouraged anyone who came to her with a heavy heart to forgive those who caused them pain.

When her family was young, she was a busy homemaker who always had warm, fresh tortillas made and somehow kept the house clean and all of her knickknacks dusted.

Since our father traveled for work, he would be gone for weeks at a time, so there were times when she would have to resort to threatening a misbehaving kid by telling them, “Wait until your father gets home.” These 6 words could bring instant panic and remorse.

When needed, she also had the skill of throwing her chanclas (sandals) like a boomerang. If you were the unfortunate target, you knew that running wasn’t going to save you because her chancla was thrown with such precision and force. Once it made contact with the back of your head, your attitude was instantly changed. Her chancla would then return to her foot as fast as it came off.

After all of her kids were grown, she finally had the opportunity to work outside of the home. She worked at ITC for many years until they closed in 2006. She blossomed and truly enjoyed working there. She proudly earned Employee of the Month and Top Seller on several occasions.

Theresa also loved to play bingo and was lucky enough to win several jackpots throughout her bingo playing career.  Her second home, as she put it, was Troopers Bingo. She made friends wherever she went and this was no exception. There are numerous staff and customers whom she considered a friend and that she loved very much.

She is preceded in death by her parents; her brothers Willie Gonzales Sr., Filbert Sanchez and Tony Sanchez; her sisters Mary Santisteven and Corrine Muniz; and her aunt Ruth Archuleta, who was very special to her.

The family invites you to a Celebration of Life for Theresa that will be held on Saturday, October 16th at 1801 East E. Street in Casper, Wyoming (Troopers Bingo), at 1:00pm. Flowers can also be sent there.

Rita (Sullivan) Murphy joined the Heavenly Hosts on Sunday morning, October 10, 2021, enveloped by her children. Rita Murphy crossed from earth to eternity. Born in Casper, Wyoming on August 21, 1929, Rita Murphy was 92 when she passed. What a 92 years they were!

Who of you heard her soft voice? Who of you were touched by her kindness, her soft hands, her loving embrace? Were not each of you comforted when she held us, when she bandaged our physical wounds, when she wiped away every tear, when she told us we were loved, when we saw in Rita’s face and bearing Christ himself? And these questions aren’t just for her 12 children or the rest of her family. Everyone: the lonely, the forsaken, the downtrodden, the helpless, and especially the homeless. Each and all. Did we not become better ourselves from knowing and being loved by Rita?

Rita graduated from Natrona County High School in 1947, then completed her three-year nursing program at St. Joseph’s School of Nursing in Denver, Colorado in 1950. The nuns at St. Joseph’s quickly and wisely made Rita the “head nurse” on 5th floor medical.

A young Casper physician, Dr. Joseph Murphy, asked Rita on a first date to the “Regis Ball” in the Spring of 1950. However, Dr. Joe was then called up to the Korean War. Upon his return to Denver in 1952, he asked others: “Is Rita Sullivan still in Denver?” Hearing that she was, Dr. Joe called Ms. Rita Sullivan: “Rita, this is Joe Murphy. Do you remember me?” “Indeed, I do,” Rita replied.

With these words, history changed.

Rita and Joe married on October 24, 1953 at Blessed Sacrament Catholic Church in Denver, then spent two honeymoon nights at the Broadmoor in Colorado Springs for $16.50/night. Rita then had 12 children — no twins! — from 1954 to 1970, returning with Dr. Joe and their three oldest children to Casper in 1957, where she had “nine more.” Together, they established “3200 Hawthorne Avenue” as a safe harbor where friends, family and strangers would be nurtured, always under Rita’s care.

Blessed by an inner and outer beauty and elegance, with tranquility admired by all, Rita suffered life’s greatest tragedy — the sudden deaths of her college daughters, Michelle and Rita — in a Nebraska blizzard on I-80 as they returned to Notre Dame from Christmas break. When family and friends flocked to 3200 Hawthorne to console Rita, Rita instead consoled them. “Heaven,” Rita said, “needed two more angels,” and her faith in God never wavered. Make no mistake: Rita Murphy was our rock. Still is. At Sunday morning Masses in the ’60s and ’70s, it was a joy for us, her children, to listen to her beautiful voice and tussle with each other to “sit next to Mom.”

Rita Murphy is, and will forever be, “Mom.” Trusting everyone, she was each of our wingman. Her touch? Pure gold. Her children’s friends — even the occasional mean ones! — adored Rita Murphy. How did she make every meal look effortless? How did she know where every stray sock and left shoe were ten minutes before the 8:00 Sunday Mass? How was she as beautiful and stunning at midnight as she was at 6:00 a.m. (after doing 20 loads of laundry, cooking, cleaning, supporting and loving)? And how she cared for her aging parents and aunts, priests, nuns, and total strangers — while wrangling and doing everything for her husband and 12 children — is unfathomable. Rita made each of us feel liked she loved only us.

The kindness and forgiveness Rita extended to all is her legacy. So is the suffering she graciously and stoically endured. With peace and equanimity she bore all sorrow, all suffering. God has carried her straight to Heaven.

Rita’s loving husband of fifty years, Dr. Joe Murphy, predeceased Rita in 2004 (as did her daughters, Michelle and Rita, in 1983).

The Vigil Service with recitation of the Holy Rosary will be at 7:30 p.m. on Friday, October 15 at St. Patrick’s Catholic Church. Family and friends are welcome to gather from 6:30 – 7:30 Friday evening in the church before the Rosary. Mass of the Resurrection will be celebrated by Father Kevin Burke, S.J. at 11:00 a.m. on Saturday, October 16 at St. Patrick’s Church, with Rita’s burial to follow at Highland Cemetery, immediately followed by a reception hosted by Rita’s children at St. Anthony’s Tri-Parish School.

Donations in Rita’s memory can be made to St. Anthony’s Tri-Parish School, Central Wyoming Hospice and Transitions, or the charity of your choice.