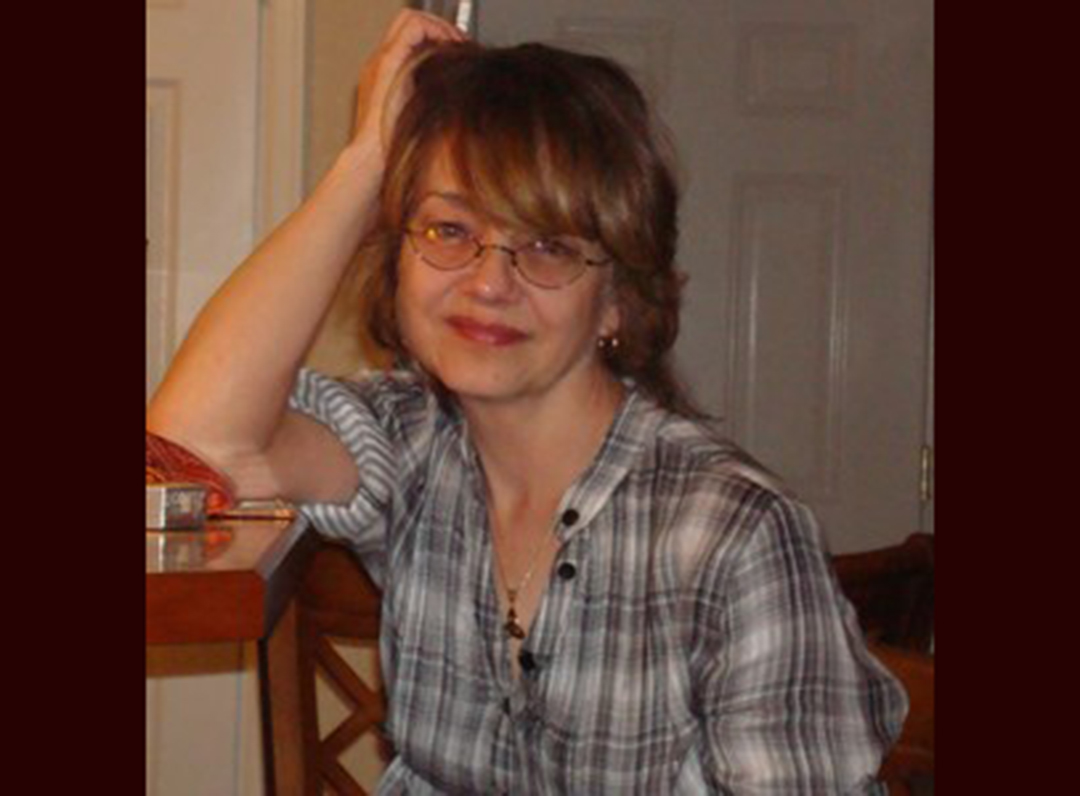 Katie was born to the late James and Bonnie Sullivan in Houston, Texas and lived her early years in Katie, TX. She graduated high school in Colorado and married the late Patrick Farr in 1981. Both joined the U.S. Air Force the same year. Katie was to become an air traffic controller, but early in basic training it was discovered that she was pregnant with Amber and released from active duty with an honorable discharge.

Katie married Brian Davy in 1990. She gave birth to Jesse Davy in 1992. Brian and Katie lived happily together in Casper for thirty-two years. Katie was a contract specialist for the Wyoming Medical Center and had to leave her position due to medical reasons.

Katie was happy to stay at home as a housewife and loved to travel, especially to Disney World. Katie also enjoyed knitting, cooking, and acting, representing Casper’s residents from the past and playing the role of Mr. White in the Caribbean Clues murder mystery dinner theaters that she helped write with her husband Brian.

Katie is survived by two children, Amber Davy and Jesse and Contessa Davy, both of Casper. She also is survived by her three grandchildren Colter Davy, Dylan Schaffer, and Jaxon Davy. She is also survived by her younger sister Christie (Mike) Lyons. She is preceded in death by her grandparents, parents, and sister Laura Lynn Rico.

Arnold (“Arnie”) Mascarenas was a man of many talents. He was a jack of all trades with a unique approach to life.

Arnie lived a long and fulfilling life stirring up trouble and caring for those he held near and dear to his heart.

Arnie was born on November 14, 1937 in the small town of Mora, New Mexico. He was born, officially, to Enrique and Eufelia Mascarenas, also known as Henry and Stella.

Arnie was the youngest of many children. He had three older sisters: Georgia, Pearl, and Mary. He also had two older brothers: Henry and Clifford.

Arnie was a mischievous and stubborn young child. He once shared that when he was little, he used to throw rocks at older people and would run away when they would go after him. He spent much of his childhood with his siblings, cousins, and grandparents. Arnie was often causing trouble as he was the baby of his family. Age did nothing to lighten the mischievous behavior of Arnie. Up until his passing, he was ornery and loved to cause mayhem.

Arnie was zealous and full of life. He attended Natrona County High School in Casper, Wyoming and graduated in 1956. Following graduation, he joined the Navy and served as a machinist.

He always told many stories of the time he spent on his ship and adventures in each foreign destination he visited. Many of these stories were humorous and often involved some kind of inebriated behavior. Arnie later became a letter carrier for the United States Postal Service. He retired in 1997 after at least 30 years of service. When Arnie wasn’t delivering mail, he was always busy doing something, from fishing to hunting to listening to music, dancing, and chasing the ladies.

Arnie was blessed with two children during his lifetime, Dana and Craig Mascarenas. He raised his sons as a single father for the majority of their lives. Arnold had many wives in his lifetime, but he never found the right partner in crime. Family was such a large priority to Arnie.

Following his retirement, Arnie spent his time as personal chauffeur and circus wrangler to his granddaughter Danna. Their bond was strong and together they took care of each other. They were each other’s rock. Arnie had a second granddaughter, Taylor, whom he never truly had the opportunity to get to know and form a bond. However, he still always worried about her, inquired about her, and wanted to make sure she was alright.

At the age of 69, Arnie became a great-grandfather to Gabriel Mascarenas and was soon gifted another, Christian Mascarenas. Following the loss of each of his children, Craig (1992) and Dana (2019), Arnie would find peace and solace with family. His great-grandchildren kept him going and they shared his vivacious hunger for life. They were the greatest gift in his life. He taught his “boys” many things, held great pride in their accomplishments, and cared for them with all his heart.

During his final months on this earth, Arnie was still full of life at times and loved being ornery with his family. He would stir up trouble by telling each other stories about something that someone supposedly did, such as a family member bullying “his” cat. He conned some of his innocent family members into moving his “new” recliner to his back room and moving the “old” recliner back into his spot in the living room, despite his physical therapist’s recommendations.

Arnie spent the last couple months of his life gallivanting around town and visiting old spots that he loved with his grandson-in-law Steven Parker.

During his lifetime, Arnie accrued many “adoptive” family members. Friends of his family were always so much more. He welcomed and treated many people like they were his own. He developed a special bond with many family friends. We will be forever grateful to all that loved
and cared for Arnie. A special thank you to Cathy Vincent and her family, Teresa Waldron and her family, and Denise Yaw for their love and dedicated care of our Grandpa and Papa.

Arnold was preceded in death by his two sons Dana and Craig Mascarenas; siblings Georgia, Pearl, Mary, and Henry; and his parents Henry and Stella Mascarenas.

Raymond ‘Ray’ Lee Eachus has gone to his eternal home. He died peacefully at home surrounded by his wife and friend on Oct. 12, 2021 at the age of 85.

He was born on June 3, 1936 in Grand Junction, Colorado to parents Arvil and Margaret Eachus.

Ray enlisted in the Marine Corps after high school and served from 1953 to 1961. Ray served his country during the Korean War and during that time was wounded during combat. In 1961, he was honorably discharged as a PFC (E-2).

After his time in the service, Ray drove big rigs all over the United States for 40 years. He hauled everything from oil field tools to hay and even explosives.

He loved woodworking, making belt buckles out of elk antlers, hunting and fishing, and watching the late model and sprint car races at the Casper Speedway on Friday nights.

He was preceded in death by his parents and brother.

He is survived by his wife Connie Eachus.

Ray has chosen cremation. His service will be held at the Oregon Trail State Veterans Cemetery on Monday, October 25, 2021 at 10:00 a.m.

In lieu of flowers, please take your donations to Platte Valley Bank in Ray’s memory.