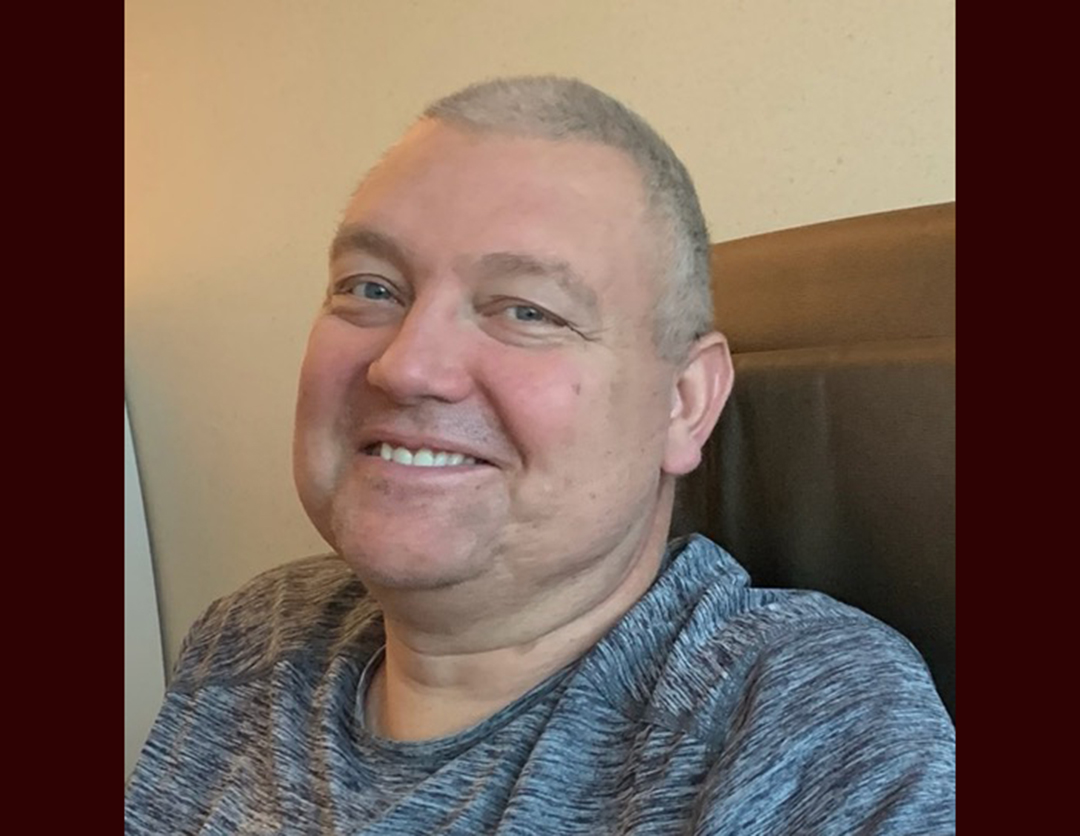 After Pullman, Scott and family lived in Colorado Springs, CO then in Bozeman, MT, where Scott graduated high school. After high school, he served a full-time mission for the Church of Jesus Christ of Latter-Day Saints in the Argentina, Rosario Mission for 2 years. When he returned, he pursued his Bachelor’s degree in education at MSU in Bozeman.

In May of 1995, he met his sweetheart, Lisette, due to her sister’s perseverance for 5 months that she meet this great guy! After their first meeting, Lisette told her mother that she had met the man she was going to marry. After a brief long-distance courtship, Lisette moved to Bozeman, and Scott soon asked her to marry him. They were sealed for time and all eternity in the Bountiful, UT. Temple on Jan.2, 1996.

Scott finished his Bachelor’s degree and was hired as a full time educator for the Seminaries and Institute program of their church. His first assignment moved him and Lisette to Vernal, UT, where they spent 4 years and loved every single moment of it.

Then they were asked to take an assignment in Mesa, AZ where they had many more adventures, including foster parenting and the adoption of all their children. Scott also finished his Master’s Degree while there.

In 2014, they moved to Lisette’s home town of Casper, WY, where he loved the people without reserve, and in return was loved by all with whom he worked and served .

He was a wonderful man, dedicated husband, and loving father. He loved his Savior and his family.

Scott is survived by his wife, Lisette, and their 9 living children- 7 of whom are still at home. He is also survived by his parents, Virgil and Cheryl, and 9 siblings: Todd (Rachel), Kyle (Jonette), Greg (Heather- deceased), Paul (Stacilyn), Rod (Jayme), Tanya Lyon (David), Tamara, Kent (Jessica), and Daniel. Additionally, he is survived by many aunts, uncles, nieces, nephews, and cousins.

He was preceded in death by their precious son, Jacob. They are no doubt delighted to be together once more. A Family is Forever.

Funeral services with be held on Friday, Nov. 19, at 11 a.m. at the Wolf Creek Chapel of the Church of Jesus Christ of Latter-Day Saints, located at 3931 W. 45th Street.

In Lieu of flowers, donations can be made to the Huntsman Cancer Institute in Scott’s name.

He was born on July 7, 1941 in Rapid City, South Dakota, shortly after his twin brother, Ken Pollat. They were born to parents Melvin & Betty (George) Pollat and joined twin sisters Betty Ann and Nancy Ann, who were 17 months old at the time.

He grew up on the ranch south of Upton and graduated from Upton High School in 1959.

Dennis worked at American Colloid for a few years until he and Ken joined the United States Navy in 1963. They were both Aviation Electronics Technicians and served on the aircraft carriers Ranger, Enterprise, and Hancock. They served in the naval buddy system until 1967, which allowed them to always be stationed together.

After his honorable discharge, Dennis worked for the same oil company throughout his entire career (although that company changed hands/names: Terra Resources, Hunt, Pacific Enterprises). He began work in the Upton area and later moved into managerial positions in Casper from the early 1970s until retirement.

His reliability, attention to detail, and outstanding work ethic made him an excellent employee.

Dennis and Ken enjoyed travelling to car shows around the area. They were fond of Hot August Nights in Reno, and, in more recent years, they appreciated Kool Deadwood Nites. They purchased a 1962 Thunderbird Sports Roadster in 2006 which they enjoyed sharing at Carson Rose’s Classic Show & Shine in Upton City Park. This was a favorite annual event for both Ken and Dennis. Dennis enjoyed classic cars, garage-saling, and finding a bargain.

He valued spending time with family and friends, especially his brother Ken. Family holiday dinners and celebrations were always cherished. As Dennis’ health declined this past year, Ken watched over him, and they were together constantly from Easter until Labor Day when poor health necessitated him being cared for in health facilities in Casper.

Jesus saw fit for him to return to full health in heaven. He was preceded in death by his parents, sister Nancy Kokesh, nephew Bob Honey, nephew Marvin Kokesh, and many extended family members.

He is survived by his twin brother Ken Pollat and sister Betty Ann Honey (Harold), brother-in-law Don Kokesh (Barbara), many nephews and nieces and their families, as well as a large extended family.mA memorial service for Dennis will be on Friday, November 19 at 2pm at the Upton Community Center with Pastor Randy Fowler officiating. Burial will follow at the Upton Greenwood Cemetery.

Please plan to join the family after the service for fellowship and a luncheon at the Community Center.

Memorial contributions may be made to the Upton Volunteer Fire Department or Upton First Baptist Church. Memorials and condolences may be sent in care of Meridian Mortuary, 111 South Railroad Ave, Newcastle, WY 82701. Condolences may also be expressed at www.meridianmortuary.com.

Sherrill Mitchell (Sherry), former teacher, interpreter, and advocate for the deaf and blind, died peacefully in her sleep Thursday, November 12th, 2021 in Casper Wyoming with a smile on her face and a joy in her heart, knowing she was going to be with her lord and savior Jesus Christ.

Sherry was born in Lynn, Massachusetts, to Mildred and Ralph Montrose. Mildred eventually re-married George Finn and Sherry was raised by Mildred and George in the Cape Ann area of New England. Sherry is survived by her older sister Mim Smith and her brother Don Montrose. In addition to these siblings, she is also survived by her brother and sisters Billy, Beth, and Kathy.

At a young age Sherry found a passion for working with deaf and blind students and taught in Watertown Massachusetts at Perkins School for the Blind. Continuing her ever evolving love of education, she eventually earned her bachelor’s degree in education from Boston University.

Sherry married Walter Mitchell, and they had two children Mike and Debi. Sherry devoted her life to her faith in the Lord Jesus and served every day as a beacon of light to others in her beliefs and convictions. In the mid-eighties she had a calling from the lord to seek out opportunities to minister and share his word, as well as continued education and helping the deaf community.

This calling lead her to the Wind River Indian Reservation in Fremont County Wyoming, where she taught a decedent of Chief Washakie who was starting kindergarten and who had been born deaf. She was hired by the Shoshone Tribe to interpret and assist in the education of this young man. Later in her life Sherry would again advance her career to work for the state of Wyoming as an advocate for all deaf students in communities across the state to ensure everyone had the correct tools and proper support for continued education and learning.

After she retired, she remained in Wyoming, living in Lander, Riverton and Casper where she would often minister the word of the Lord at many of the local jails, and hold local bible studies with people she met in each community. She was passionate about crafting, tracing family genealogy and being an active member of her local community church. She was a bit of a gypsy at heart and enjoyed travelling and seeing new places and meeting new people. As a result of this, she has touched the lives of many around country as well as around the world.

In addition to her siblings, and two children, Sherry is survived by her grandchildren, Nicholas, Gabriel and Christopher Petermann; Jagger and Venice Mitchell.

Her family has decided at this time that coordinating a singular memorial in one place for her would be difficult, since Sherry has touched the lives of so many at great distances. They family asks that each person who knew and loved Sherry hold a personal memorial for her and remember her for the impact she had on your life directly and with meaning that would hold significance to the relationship you had with her. In lieu of flowers, please do something personal and special for her in your own way.

Dorothy worked as a salesclerk at Woolworth’s for 20 plus years before retiring in 1994. She has been a member of First Christian Church since 1956. She enjoyed knitting and crocheting.

She is survived by her son Dewey Smith (Jan) of Casper and Jeffry Smith (Cheryl) of Maryland, grandson, Jeremy Smith (Lisa), 2 grandchildren, 3 step grandchildren, and 9 step-great grandchildren. She is proceeded in passing by her husband, Denis Smith, sisters, Helena Kerr and Elsie DeBeeld, brothers, Henry Weeda and Arthur Weeda, and William Weeda.