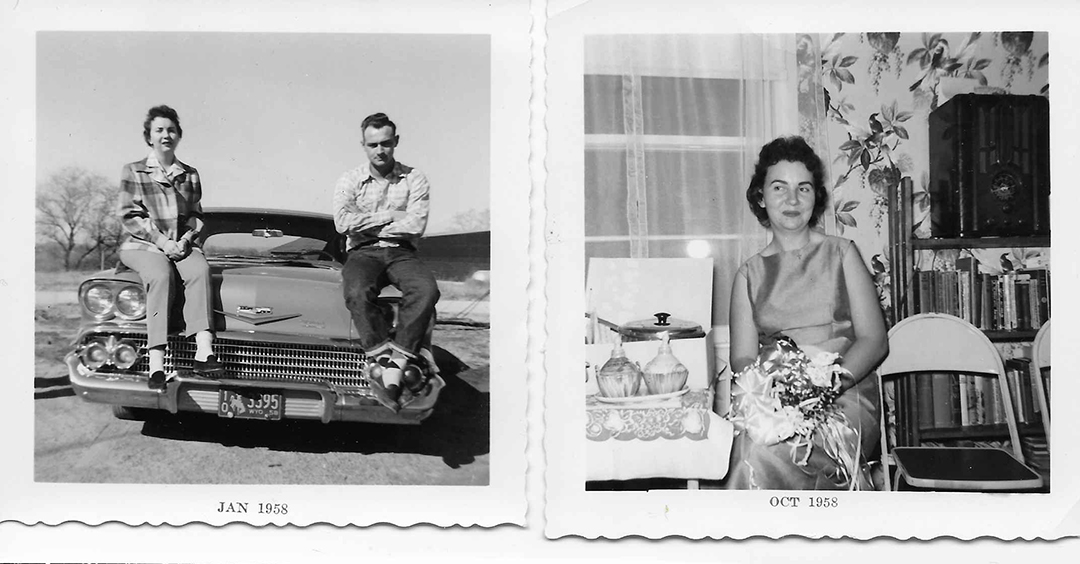 Donna Dorene Olheiser was a Wyoming woman through and through. She was deeply independent, loyal, and honest to a fault.

Born in 1938 in Casper and raised in Natrona and Fremont counties, Donna was the great-granddaughter of Daniel Clark, who was a pioneer settler in the Bates Creek area dating back to the late 1800s. She was proudly a third-generation Wyoming native. She often shared fond recollections of her grandparents Sam and Florence Clark.

Her formative years were spent on the family ranch in Bates Creek. Her dog, Buster, was a loyal companion. Donna loved animals and had a particular fondness for dogs and horses.

She grew up with a younger brother, Ron Pickelsimer. The circumstances of life gave Donna and her brother many challenges, but they endured.

In the mid-1950s, Donna met her love, Leonard Olheiser, a farm kid from Pavilion. They met with little more in the way of physical possession than the clothes on their backs and the shoes on their feet. They shared determination and desire to realize a better life. They possessed a special bond and remained together in life until Leonard died in 1999.

After being drafted into the army, Leonard and Donna lived in Colorado Springs. After being released from the army, they worked to achieve the American dream. By the late 1960s, they began building a successful oil and gas service company.

Then in 1972, they had one child, Scott. If devotion can begin to define what it takes to make a good person, Donna was indeed good. Her son was the center of her life.

Donna and Leonard had many amazing years spanning decades. Their business, Petro-Log Company, survived and thrived. There were wonderful years of travel and fun on the boat. They loved the sport of horse racing, shared a passion for American sports cars, and raised and bred racehorses in the 1980s.

Donna and Leonard put their son through college and law school.

Life takes many turns, though. In 1999, after a long battle, Donna’s husband passed of cancer. She became quieter, yet for many years happy. She loved her home and the peacefulness of the country. She was a dedicated fan of classic movies.

Donna is survived by her son Scott Olheiser of Casper, and other family members including Elliott Ramage, Kay Bramson, Amanda Pickelsimer, Dora, Carol, Cecilia, Laverne Olheiser, and numerous members of the Clark, Pickelsimer, and Olheiser families.

She was predeceased by her husband Leonard, brother Ron (toughy), mother Chris, aunts, and many others who touched her life. In these unique times, Donna’s final words of wisdom were “don’t worry.” My enduring love to you, mother. Vik and Rocky will be with you and keep you safe.