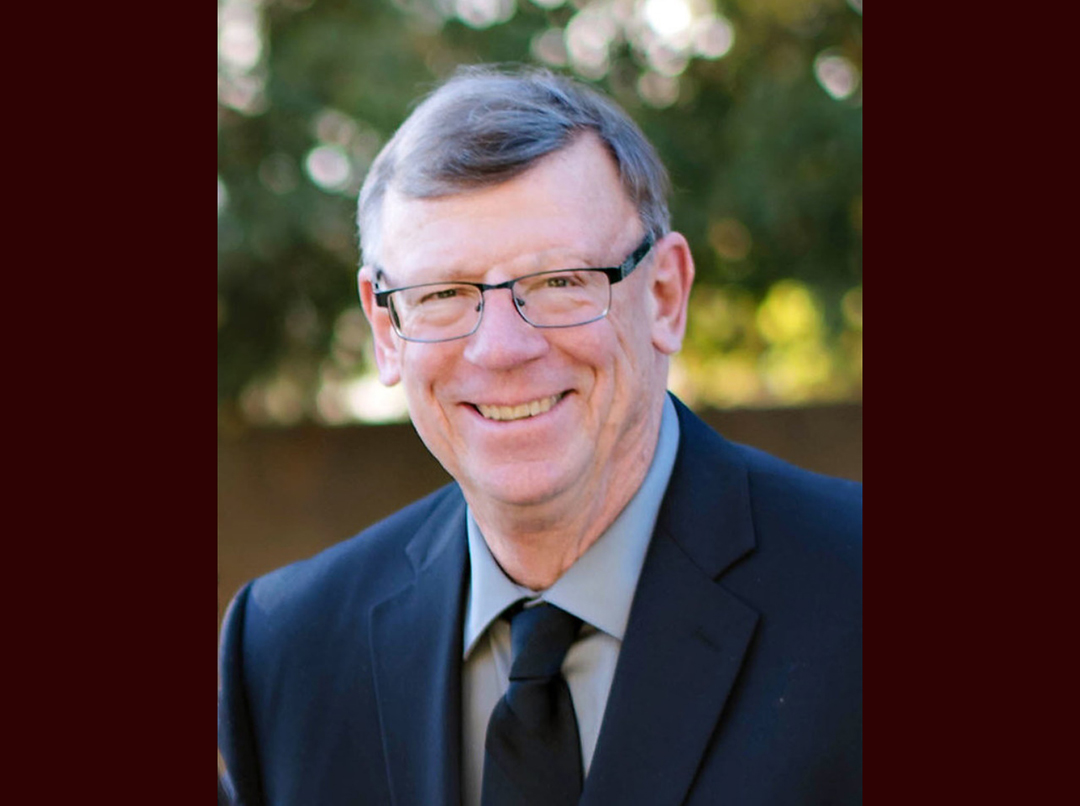 The family moved to Prescott, Arizona, where Rob graduated from Prescott High School in 1970.

Rob and Terri married on June 21, 1975 and spent 45 loving years together, eventually settling down in Casper, Wyoming in 1979, where they raised three amazing sons.

A devoted husband, father, grandfather, brother and uncle, Rob spent his life lovingly attentive to his wife and family’s every need. He spent time with each of his sons to teach them how to problem solve and complete any project from school to household maintenance.

He adored his nieces and nephews and loved his role as Uncle Rob. His strong, protective, and nurturing personality made him one of the best role models to all who knew him.

Rob’s early accomplishments include achieving Eagle Scout in the Boy Scouts of America and graduating from Northern Arizona University with a Bachelor of Science Degree in Electrical Engineering.

All of his hobbies and activities included his family. There were numerous backpacking, camping, canoeing and fishing trips as well as vacations to Arizona, where both Rob and Terri have extended family.

His most recent trek was a rim-to-rim-to-rim hike of the Grand Canyon with Terri and several family members, checking it off his bucket list.

Rob spent a 44-year career as an electrical engineer, his early years as a field engineer with the General Electric Company followed by 24 years with Drives & Controls Services (DCS), where he remained employed at the time of his death.

He was a senior field service engineer and safety coordinator for DCS and spent considerable time on the road providing safety training and professional support to coal mines for several states. He was loved by all at DCS for his depth of knowledge, reliability, and ability to elicit laughter, sometimes by bringing a bit of shenanigans in the most unexpected ways.

Known for his lighter side and tremendous sense of humor, all friends have a story of how Rob incorporated humor into their lives.

His sons were his pride and joy. The love he shared with his wife was absolute. His memory will live on forever in all of our hearts in the stories we all will share.

Rob was a devoted member of St. Anthony Catholic Church in Casper. His depth of faith was strong in every aspect of his life. We know Rob is now in heaven, scratching the backs of all those who went before him.

In lieu of flowers, donations can be made in memory of Rob Marnell to Rotary Park Bridle Trail, Platt River Trails, Worldwide Marriage Encounter (contact St. Anthony’s), or a charity of your choosing.

Tom was born to Michael and Rose Ella Henaghan in Chicago on August 15, 1949. He was the third child of four, having 3 sisters: Kathleen Tomasello, Patricia Henaghan, and Ellen Henaghan.

Tom was always an active person, being involved in sports such as hockey and football during his younger years, when he attended Catholic schools in the south-side Chicago area.

Tom married his first wife, Mary Curry, in March 1969, prior to enlisting in the U.S. Air force in June that same year. He was stationed in England, where their first two children were born: son Scot and daughter Stacy.

He spent time not only working as an MP at the military base, but also sought out extended family throughout the country. In 1973, he was transferred back to the states, landing the family in Cheyenne, Wyoming at F.E Warren Air Force base. There, he began his career as an Electrical Power Production Specialist for the Air Force. He finished his military career, honorably discharged as a Staff Sergeant, in 1978.

Tom was no stranger to hard work. In order to provide for his family, he worked extra hours as a part-time cook and later a mechanic on a semi-truck. This brought the family to Rapid City, South Dakota, where their youngest daughter Michelle was born.

During his down time, he enjoyed his family, softball and bowling. Tom was always involved in local neighborhood activities, helping build a baseball field and hockey rink for the local kids to use.

In 1985, Tom started his long-time career as a heavy equipment mechanic at Jacobs Ranch coal mine near Gillette, Wyoming. While at the mine, Tom signed up to be part of the mine rescue team, which sparked an interest in the medical field. He went forth to become a part-time certified EMT at Campbell County Memorial Hospital. He also stayed active in sports, with bowling being his passion, even winning a championship with his daughter Michelle.

He longed for his ten-day elk hunting trip every year, eventually purchasing land to aid in the raising and riding of horses in Bridger-Teton National Forest.

He loved the outdoors, camping, riding 4-wheelers, entertaining guests, and watching his major sports teams, The Cubs, The Bears and The Bulls. He had a soft spot for old Scottish family heritage and bagpipes.

Tom battled cancer in 2015 and fully retired from Cordero coal mine as a maintenance planner in 2018, continuing to enjoy his hobbies until the end.

Tom had a unique personality, always a big presence in any room, and loved a good conversation. He was the guy who would never turn down a challenge when it came to brainstorming. He was a smart man who surrounded himself by others that were the same. Throughout his work and personal life, he succeeded at many things he put his mind to.

Tad attended elementary school in Torrington, then moved to Casper with his family in 1968. He attended middle school at East Junior High followed by high school at Kelly Walsh, where he graduated in 1977. Tad briefly studied to be an electrician at Casper College.

While in high school, he met his soulmate Julie (Walter) Knight. They were married in 1981 and had three girls: Jodee, Kelsey, and Holli. He was very proud of them and did everything that he could to help them, even when he didn’t want to.

Staying busy was his way of life. He worked as a truck driver for McKindree and Richardson trucking as well as rebuilding skid houses for Bob’s Equipment Rental. For several years, he worked alongside his father, rebuilding and transporting trailers for their company, Knight Trailers. He was best known for T&G Handyman Service, where he worked for himself fixing, building, and repurposing just about anything and everything. You could always spot him in a crowd wearing his red hat.

Tad was very passionate and talented when it came to woodworking. He enjoyed building furniture and anything custom.

Tad loved to give anyone and everyone a hard time any chance he got.

Tad was preceded in death by his wife Julie, mother June, grandparents George and Elma Knight and Floyd and Lillie Bryson, and little brother Gardner Jr.

A memorial service will be held at 4:00 p.m. Friday, December 3 at the First United Methodist Church, 332 E. 2nd St., Casper, Wyoming. A reception will follow at The Yellowstone Garage starting at 5:30 p.m.

Jerry Dymond passed away Wednesday, November 24, 2021 in Casper, WY. He was 74 years old and was born in Casper to Shirley and Robert Dymond in 1947.

Jerry attended St. Anthony’s School, graduated from Natrona County High School in 1965, and attended Casper College. He enjoyed sports of all kinds. He was strongly involved in playing baseball as a boy and carried this interest throughout his life.

As a lifelong lover of music, he began living this passion through a connection to the spirit and music of the 1960s. He was the drummer in the ’60s Casper-based rock band “The Coachman” and he developed a deep love of the Beatles, with Paul being his favorite of The Fab Four. At the end of the ’60s, Jerry served the Country in the U.S. Army. He met and married Liz Apodoca in Denver and had a beloved son, Paul.

Jerry possessed a genuine kindness of spirit. Many are the people who were touched by his gentleness and who expressed their love for Jerry. It was the simple pleasures that often moved him.

Jerry was sadly preceded in death by his son Paul and his parents Shirley and Bob Dymond. He is survived by his sister Marilyn Dymond Wagner of Casper; brother Michael Dymond of Centennial, CO; nieces Anneliese Pruitt and Tara Dymond Wager, both of Casper; and great-niece and great-nephew Willow Dymond Wagner and Bryce Wurtz.

Jerry will be dearly missed by all!

Joyce Elane (McCollom) Hall passed away at her home in Cheyenne, Wyoming on November 26, 2021. She was born on October 22, 1956 to Ken McCollom and Patricia (Braley) Rich.

Joyce married Allan Williams on December 19, 1975. She became a mom in June 1976 to Melissa and in December 1978 to Kelley. Joyce was a stay-at-home mom for ten years before she went on to find other adventures.

Nothing ever came easy for Joyce, but she took life’s punches and went on her way. She loved her pets and friends.