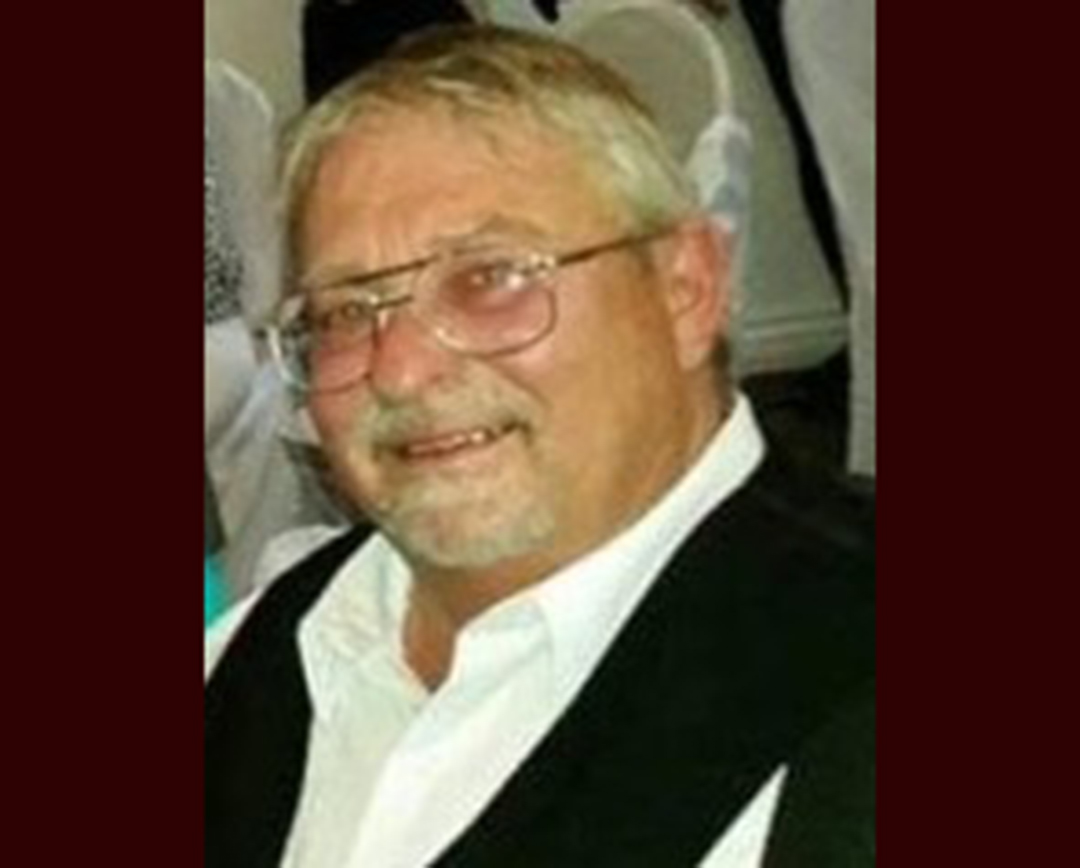 Ira Carl Ernst of Casper, Wyoming was called to his Heavenly Home by his Savior the evening of his 66th birthday after a short illness.

Ira was born November 23, 1955 to Eddie Ray and Glenna Josephine (Christensen) Ernst in Salt Lake City, Utah. The family moved in 1961 to Hazelton, Idaho, where Ira learned to hunt, fish, and work the family farm. After 10 years in Idaho, the family moved again in 1971 to Torrington, Wyoming. Ira graduated from high school in Torrington in 1974.

His entrepreneurial spirit carried him through many careers over the years — uranium mining, general contracting, mud logging, driving a fuel truck and a vac truck, farming, raising bison and selling cars.

Ira’s last step into a new profession saw him temporarily move to Salt Lake City to attend Barber College. Upon graduation, he opened his own shop, Ye Old Time Barber Shop, in Casper.

He was a devoted and loving husband to his wife, Sandy (Neumann) Goodman, whom he married May 5, 1984 in Casper. They were introduced by a mutual friend in Torrington, where he played bass guitar in a rock and roll band, High Country.

In addition to music, hunting, fishing, and traveling, Ira’s interests expanded to include gold mining at South Pass. He was a highly skilled and successful hunter, angler, and sportsman his entire life. His adventures took him all over the Bighorn Mountains, Sunlight Basin, the Jackson/Dubois area, Flaming Gorge, and the prairies of Wyoming, where he bagged trophy elk, deer and antelope as well as caught extraordinary fish. His zest for adventure and seeking a challenging hunt even took him to Alaska, where he bagged a bear.

Ira later returned to Alaska with Sandy for a tour of the Kenai Peninsula and to fish for halibut, rock fish and salmon in Homer. Their adventure took them as far as Fairbanks and North Pole, Alaska. He and Sandy also visited Canada for even more fishing and a stay at Vancouver Island.

Ira was predeceased by his parents and several uncles and aunts.

If you would like to honor his memory, please think of him when you see the wildlife of the world, go fishing, or enjoy a good cigar.

Mary Jean “Jerre” Jones (Campbell), 99, passed away November 22, 2021 in Casper, Wyoming, her home of 71 years. She was born April 25, 1922 in Spencer, Iowa and grew up somewhat of a ‘tomboy’ free spirit after losing her mother very young. She was fortunate to have a kind father who instilled a sense of community involvement in her and her little brother, Jim. She attended Yankton College in South Dakota, graduating with an English/Liberal Arts degree. Summers were spent as an employee of a sanitorium in Concord, Massachusetts and in a steel mill in Gary, Indiana as part of the war effort. Jerre was the first female snake handler and tour guide at the Reptile Gardens in Rapid City in 1942. The first day on the job, Jerre was entwined in snakes and photographed for a tourist postcard.

Jerre later became a reporter for the Rapid City Journal, although her first newspaper job was at the Spencer Reporter, which sealed her destiny as a lifelong photographer and journalist. She met Robert Jones on a weekend trip to Devils Tower in 1949; she and Bob married in 1950 and settled in Casper.

With a growing family, Jerre started doing publicity for the school system and later for the Natrona Public Library, where she made a circle of friends who still meet weekly. Jerre began working for the Casper Shopper, which evolved into the Casper Journal. She sold advertising; eventually became a reporter; then editor, at which point owner John Gariety said of Jerre, the Casper Journal was her paper.

Her favorite job was as a feature writer interviewing old-timers in and around Casper for “Jaywalking with Jerre.” Always modest, even the editor swept floors, made coffee, missed paychecks, anything to help keep the Journal afloat through downswings in the economy.

After retiring, she and Bob traveled extensively in their Volkswagen bus from Alaska to Florida, San Diego to Nova Scotia. Her life’s trajectory took a turn in 1972 with a breast cancer diagnosis. Surviving cancer led her to a passionate volunteer ‘career’ that continued until July of this year, when she attended her last American Cancer Society’s ‘Relay for Life.’ She was a consistent force with American Cancer Society community programs and events supporting cancer research.

Jerre’s dedication to public service would bring surprising honors. Being Wyoming’s first recipient of the Jefferson Award for public service might have been her greatest honor. Among others, she received the American Cancer Society’s St. George award.

Reading and writing were favorite pastimes; Jerre immensely enjoyed her book club and writers’ group. She was an ardent supporter of the Democratic party, believed strongly in voting rights, and held strong that climate change is dire.

Jerre was preceded in death by her husband Bob, brother Jim Campbell, grandson Michael Jones, and nephew Tom Dameron just last month. She is survived by her children Jim (Ann) of Casper, Bob (Viana) of Edgerton, Clark of Casper, and Suzanne (Wes) of Laramie; six grandchildren and 18 great-grandchildren; and nieces and nephews. In lieu of flowers, donations may be made to the American Cancer Society or No One Left Behind.

A Celebration of Life will be held at the Unitarian Universalist Church at 10:30 a.m. on December 7, 2021. Masks are encouraged. (Zoom available at uucasper.org – click Attend an Online Service.) Jerre loved books, loved reading, and loved knowledge. If you’d like, please bring a book to donate to Natrona County Public Library’s book sale.

On November 19, 2021, Nancy Jane Potter quietly passed away in Cottonwood, Arizona after a courageous battle with dementia and COVID. She was surrounded by her loved ones either in person or over the phone when she passed with a relaxed smile on her face.

She was born in Cape Girardeau, Missouri on December 17, 1941 to Ed and Mary Mammon. They moved to Casper where she met her love, Jim, of 60 married years.

Nancy started her nursing career in 1962. She started working for Dr. G. Cheatham in 1967, where she taught many childbirth classes. In 1972, she made history by becoming Wyoming’s second Nurse Practitioner. After Dr. Cheatham retired, she opened Westside Women’s Clinic with her sister-in-law Starla Mammon. She loved helping others through her nursing service. She served as president of the National Nurses Association and won Nurse of the Year, Outstanding Woman of the Year and multiple other recognitions for her nursing service. Nancy was able to assist others wishing to follow a similar path to hers by teaching Nursing for UW and being a preceptor for nurse practitioner students.

Other foci of her community service were being a nurse for Boy Scout camps, helping with the Wyoming National Guard Women’s Association and assisting with several different areas of Camp Fire. She was a member of First Untied Methodist Church, where she served on the SPR committee and enjoyed being active in the handbell choir since 1972. Traveling, reading and outdoor activities, especially with loved ones, were things she loved to do.

A memorial service was held on Monday, November 29 at 2:00 p.m. at First United Methodist Church. Bustard & Jacoby Funeral Home is in charge of arrangements.

Wendy Kay Smith was born on May 11, 1957 to Walter Carl Smith and Roberta Jean (Covalt) Smith in Price, Utah.

Wendy graduated from Lander Valley High School in 1975 and attended Montana Institute of the Bible for one year before continuing her education at the University of Wyoming, where she received a bachelor’s degree in education.

Wendy taught school briefly in Center, Colorado, later spending the bulk of her teaching career in Newcastle, Wyoming, where she was the sole teacher for a Christian K-12 school.

She eventually moved to Casper to care for her elderly parents, assisting them so they could remain in their home all of their lives. While assisting her parents, she became a beloved substitute teacher for Natrona County School District. She also tutored various family members.

Wendy was hospitalized in Douglas, Wyoming with COVID pneumonia and was later transferred to the Wyoming Medical Center in Casper, where she lost her brave battle with COVID. On November 17, 2021, she was ushered from this earth into her eternal home in Heaven with her Savior and Lord, Jesus Christ.

Wendy was an avid reader with a collection of Star Trek and Star Wars books, as well as many on health and wellness. She had an amazing talent for cross-stitch handwork and many of our homes display pieces of that talent. Wendy also had a unique ability to work and solve logic puzzles, many of which were ongoing. She was active in her local church and hosted their activity to make lunches for the homeless every six weeks. She had a loving spirit and many lives were blessed by her presence.

Don was born in Glenrock, Wyoming to James E. and Elsie J. Goff. Don graduated from Glenrock-Parkerton High School in 1953. He served as Private, Class E1, in the United States Army from 1960 to 1964. He was stationed in Germany. Don worked for Pacific Power and Light as a heavy machinery operator.

He is survived by his sons David Goff of Glenrock, Wyoming and Kenneth Goff and his wife Katy of the Republic of Georgia; his step-children David Brinkman and his wife Mary Ann of Springdale, Arkansas and Diane Moses and her husband Darrell of Ochelata, Oklahoma; and his seven grandchildren Holly Dorlac of Oklahoma, Brandi Myers of Oklahoma, Daniel Brinkman of Colorado, Eliese Brinkman of Arkansas, Amanda Ford of Missouri, Jessica Moses of Oklahoma, and Lisa Goff of the Republic of Georgia. He was preceded in death by his wife Joline Goff and his parents James E. and Elsie J Goff.

A viewing was held at Newcomer Funeral Home from 10 a.m. to 12 p.m. on Wednesday, December 1. A memorial service was held at Grace Reformed Church in Casper, Wyoming at 3 p.m. the same day.