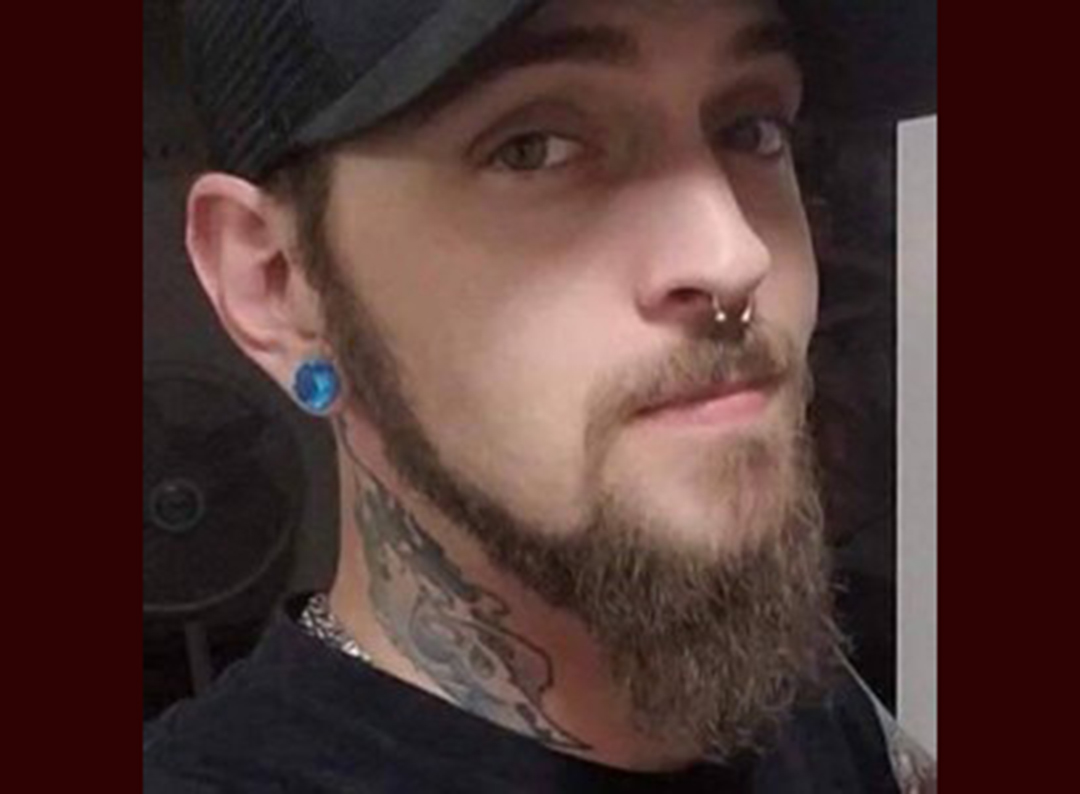 Gary Lee Schukman left his earthly home way too soon on November 20, 2021 in Casper, Wyoming. He was 29 years young.

Gary was born on July 5, 1992 to Geri Gartner and Robert Lee Schukman Sr.

Gary had a fire for life. He loved everyone fiercely and fought for what he believed in as well as for those he loved.

Geri (Gary’s mom) said, “Gary’s birth completed the ‘4 Aces’ I didn’t think I could love anymore because my heart was so full. Gary proved me wrong; he was my baby” she said.

Many of you experienced the same impact from Gary. He was certain to leave an imprint on your heart.

Gary became a father to Madison on July 10, 2011. Gary was so proud of being a father. Gary and Madie enjoyed wrestling and “goofing around.” They would go out to eat at their favorite place, “Hibachi,” and just laugh whenever they were together. No matter what they were doing, they had fun doing it. It was very apparent they shared an incredible father–daughter bond.

Gary joins his late family, his father Robert Lee Schukman Sr., his brother Steven Reed, and his great-grandparents, aunts and uncles in watching over us.

Constance J. “Connie” Campbell, 59, of Casper, Wyoming passed away Thursday, December 2, 2021 at Wyoming Medical Center in Casper, Wyoming. She was born on December 8, 1961 in Debuque, Iowa to John and JoAnn Kegler.

The family moved to Casper when Connie was very young. She attended Natrona County schools and graduated from Casper College with an Accounting Certificate.

Connie loved her family and especially her grandchildren. She enjoyed playing cards: she knew card games before she was even in school. She also enjoyed building puzzles and playing Bingo. She was an avid Yahtzee and LIFE player. Watching football games that Joe coaches was very special for her.

Connie was preceded in death by her parents, her daughter Jaylene Campbell and her daughter-in-law Sara Campbell.

Services are set for Saturday, December 11, 2021 at 2:00 p.m. at Newcomer Cremations, Funerals & Receptions. Please join the family after the service at the Econolodge in the Willow Room, 300 West F St., Casper, for a reception in Connie’s memory.

Kenneth Joe Avey, 84, of Mills, WY passed away on December 1 peacefully in his home.

Ken met his wife Donna in Colorado, where they would be married and had a long loving marriage. They moved around some due to work, for Ken but ultimately ended up in Mills, where he and Donna lived out a large portion of their lives and raised multiple kids.

Ken was part of the Mills volunteer fire department and loved his bowling leagues. He spent many years at and retired from Rocky Mountain Rental Tool.

Ken had a large number of friends, especially for morning coffee. He spent many years traveling with his wife, kids, and grandkids to spend time in the outdoors fishing and hunting. In his later years, he looked forward to his weekly trips to Riverton to the casino with his best friend Buddy.

He is preceded in death by his parents, his wife Donna Mae, and his daughters Mary Avey and Amy Bryant.

Funeral services will be held at Bustard & Jacoby on Wednesday, December 8 at 2 p.m. with a reception to follow at the Mills community hall. In lieu of flowers, donations can be made to the Humane Society or Central Wyoming Hospice.

Robert “Bob” Burlingame passed peacefully in the presence of family on November 8, 2021 in Casper, Wyoming.

Bob was born to Edward Burlingame and Blanche (Bailey) Burlingame on February 16, 1946. He was born and raised in Elkader, Iowa and was the youngest of four siblings.

Bob did not like school, but preferred spending time with his friends and family. As a teenager, he loved working at the Elkader Cinema and at McTaggart Furniture Store. He enlisted in the United States Navy in 1968 and always spoke very highly of the time he spent serving his country. He loved telling stories about his ship, the USS Oriskany, and the places he explored while travelling the Pacific.

One of Bob’s favorite pastimes was singing and playing guitar. He was a very talented musician and a lifelong Elvis fan. Bob was known to share his love for music with everyone he knew. Although he favored rock & roll, he could play and enjoy music from all genres.

Bob was a kind and loving man. He was often heard saying his greatest achievement in life was having four beautiful children.

He is survived by his wife of 39 years Betty (Nelson) Burlingame, sons Aaron and Jason Burlingame, daughters Christie Burlingame and Karen (Burlingame) Davis, brother Gary Burlingame, sister Sandra (Burlingame) Hakert, and nine grandchildren. He is preceded in death by his brother Jon Burlingame, parents Edward and Blanche, grandparents, many aunts and uncles, two nephews, and a niece.

Shannon Marie Lakner, 57, passed away on November 28, 2021. Shannon, known as “Shanny” to her friends and family, was born on November 25, 1964 to Kenneth and Dory Graf. She spent her childhood years with her parents and two older brothers Theodore (Ted) Graf and Michael (Mike) Graf in Walden, Colorado. As the youngest sister, she grew up tough and was frequently the “tackle dummy” for them.

From the age of 7, she developed a love of horses and animals, spending many hours riding Owl Mountain Ranch in North Park with her mentor Bill Riley, a true cowboy and cattleman. He taught her everything about livestock and horsemanship. The family spent many happy days at their cabin at Big Creek Lake waterskiing in the icy cold water and fishing for brook trout in the beaver ponds. There were fun jeep trips and when she wasn’t on horseback, tomboy Shanny rode minibikes and dirt bikes with her brothers. She and her brothers also started snowmobiling at a very young age and had many harrowing winter adventures.

The family moved to Casper, Wyoming in 1980 and Shanny graduated from Natrona County High School in 1983. She then took several classes at Casper College. She held several jobs in Casper over the years, mainly in sales.

Shanny was blessed to have two wonderful children, Ryane born in October 1986 and Kristen born in December 1988. She enjoyed watching them grow up with their stepfather and her soulmate Steve Lakner and his three children Stephanie, Courtney and Cody. Through all of this, she never lost her love of horses and dogs, instilling that love in her daughters. Horse shows, trail rides, and hunting and pack trips were a summer staple.

As her daughters grew, they became even more involved in showing horses, encouraging Shanny to branch into more serious competition. She rode in some local clubs, leading to some great success but more importantly becoming a mainstay of hilarity along the fence line while waiting on classes. Her infectious laugh and teasing would bring out a smile in even the most awkward of people attending. She made the shows so much more enjoyable for everyone present. All of those years in the saddle culminated in her qualifying for the National Versatility Ranch Horse Association’s National competition during the summer of 2020, and winning her all-around division at the COWN show during State Fair.

Shanny was incredibly witty and funny and always loved a good joke, livening up any gathering with her wonderful sense of humor. She was loved by all, and will be greatly missed.

She is survived by her husband of 25 years Steve Lakner; her children Ryane (Paul Metevier) Clark and Kristen (Travis) Kulhavy; and her beloved grandchildren Peyton and Beau Kulhavy. She is also survived by her stepchildren Stephanie (Nick) Neeley, with grandchildren Aliyah, Damian, and Makayla Neeley; Courtney Lakner with grandchildren Breanna, Esmerelda, and Destiny Vega; and Cody Lakner. Other survivors include her mom Dory Graf; brothers Ted (Vivian) Graf and Mike (Jodi) Graf; and, of course, her animal children Dice, Bones, Matt, and Dillon.

A Celebration of Life will be held December 8, 2021 at 6:00 p.m. at Central Wyoming Fairgrounds in the Hall of Champions. In lieu of flowers, the family asks any contributions be made to 12-24 Club located in Casper, WY.