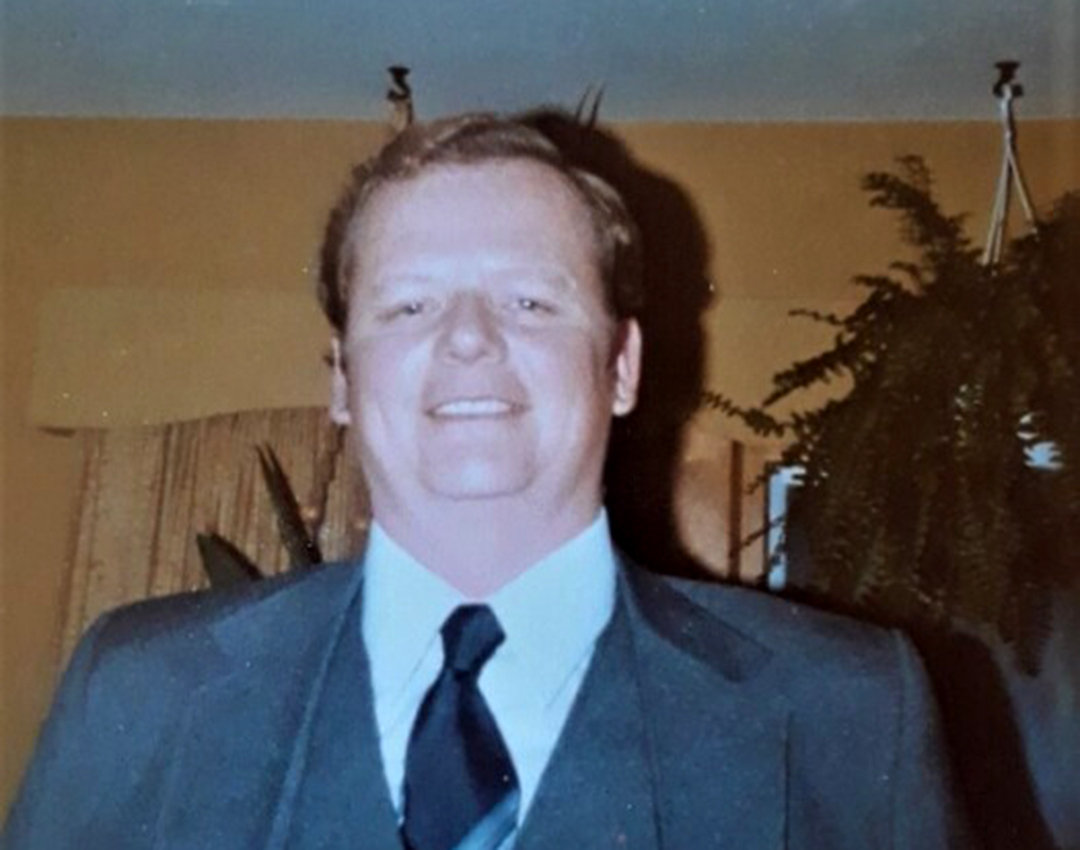 Dennis Lee Allen, 72, passed away at Casper Mountain Rehabilitation and Care Center on December 8, 2021. He was born January 10, 1949 to Harry and Rachael Allen in Rapid City, South Dakota.

Dennis is survived by his brothers Wayne Allen and Ron Sanford, sister Kathy Hall, and numerous nieces, nephews and cousins. Dennis was preceded in death by his parents and his son Bruce.

Daniel John Gaddis was born a stillborn on December 8, 2021 at 7:30 a.m. to Isaac John Gaddis and Alexys Kristine Gaddis. Daniel had his mother’s nose and his father’s lips.

He is survived by his parents and his grandparents William and Sandy Arnold, Mary and Kris Gaddis, and Jennifer Legerski, as well as numerous extended family members. Daniel is preceded in death by his cousin Timothy Gaddis.

Daniel’s Funeral will be held on Wednesday, December 15 at 1 p.m. at St. Anthony’s Church.

Matthew 19:14: “But Jesus said, ‘Let the little children come to me and do not hinder them, for to such belongs the kingdom of heaven.'”

Nothing can bring people together quite like food, and for many, getting together over food just won’t be the same without the presence of Lynn “Wally” Everett Wollesen, who passed away peacefully and surrounded by the thoughts of his loved ones on Wednesday, December 1, 2021 at the age of 70.

Everyone cherished an opportunity to cook for Wally, a man whose appetite was the only thing that could possibly make his smile look small. He will be forever remembered for his unfailing kindness, hearty laugh, and an impeccable ability to make everyone he met feel valued and listened to.

Wally was born in Lake City, Iowa on October 17, 1951. When he wasn’t cheering on his Iowa Hawkeyes or lamenting the habitual losses of the Denver Broncos, Wally was in near-constant motion. In his earlier years, he loved to fish and hunt pheasants, although he was kept busy with work; he specialized as a mason for many years, a job which sent him to Oklahoma, Texas, Colorado and even Florida, where he worked for a couple of years at Walt Disney World. In his free time, Wally enjoyed donating his hard-earned money to casinos, playing cards and board games, and traveling. Some of his most memorable trips included Canada, Mexico, and the Bahamas.

He spent several years in Iowa before eventually landing in Casper, Wyoming, where he was able to be closer to family, and he frequently served as the center (and usually the winner) of many cribbage and domino games. Before sitting down to a relaxing game, though, Wally would always complete a several-miles-long trek around town: He would complete his daily odysseys, never hesitating to roam through rain, sleet or snow, stopping only to check in on the local homeless population, to make a passerby’s day with pleasantries, to befriend a squirrel with a handful of nuts, or to hunt up some fresh asparagus before finally settling down to enjoy laughs and a hot cup of coffee with friends and family. For such a big man, he had a knack for always being able to savor the small beauties in this world; no creature or conversation was ever deemed unworthy of his time. Wally’s journey eventually brought him home to Iowa, and he died in Sioux City after a valiant battle with renal cancer.

Wally treated life like he treated any buffet or home-cooked meal: He enjoyed every second of it, he never looked back once he got to work, and he always brought warmth and laughter with him. In lieu of funeral services, Wally would prefer that you remember him by making a donation to St. Jude’s Children’s Research Hospital (262 Danny Thomas Place, Memphis, TN 38105) and then hitting the buffet. Don’t forget seconds.

Lee A. Spencer was born on October 1, 1938 in Greybull, Wyoming to Franklin Spencer and Doris Vanderhoff Spencer. Lee passed peacefully at home on December 11, 2021 following a short illness.

Lee grew up in Shell, Wyoming, going to school in a one-room schoolhouse right across the street from his home. He graduated from Greybull High School in 1956 and joined the Air Force that fall. Upon his honorable discharge in 1960, he came to Casper to spend time with family and he started his career in road construction. He worked for several contractors in the next few years.

In 1967, he met Linda Colvin and they were married in Cody, Wyoming. After a short time in Cody, they went back on the road for construction, traveling the state of Wyoming. During their time in Cody, they had a daughter, Candie Marie Spencer, in 1969; a son, John Franklin Spencer, was born in Casper in 1972. They settled in Evansville, Wyoming in 1973 with Lee continuing to travel the state and with the family joining him in the summers. Known to friends and coworkers as “Leaky,” he continued as a loader operator in road construction, ending his career with Rissler & McMurry when he retired in November 2001.

Lee is survived by his wife Linda; children Candie and John “Frank” (Jackie), both from Casper; three grandchildren Ashley (Allen) Haney of Casper, Jayce Spencer of Casper, and Vanna (Mikael) Ruppert of Cheyenne; three great-grandchildren Lee of Casper and Lincoln and Hazel of Cheyenne. Lee had three older sisters: Eleanor Havens, Betty Thompson, and Margie Herrick. He has one younger sister, Rose (Slim) Burns of Sheridan, and a stepsister, Illa of Sheridan.

Memorial contributions can be made to Central Wyoming Hospice or Casper Human Society.