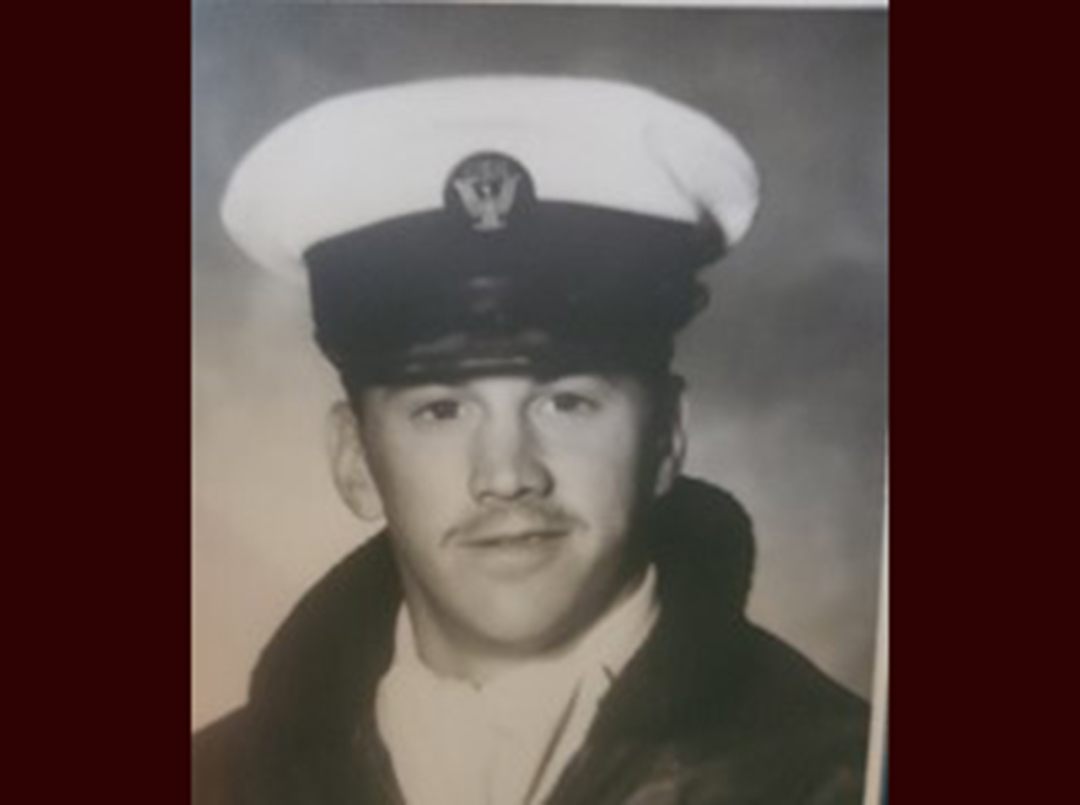 The son of Charles and Patricia Orr, Jeff grew up in Casper, WY. He was born June 15, 1968 in Kodiak, Alaska and graduated from Natrona County High School in 1986.

At the age of 20, Jeffrey enlisted in the United States Navy. He valued this service highly and attained the rank of E6. As part of his service, Jeffrey served in Operation Desert Storm, Operation Enduring Freedom, and two tours in Afghanistan.

Later in his career, he joined NCIS as Executive Protective Agent. He traveled the world protecting our Generals and Admirals.

Jeffrey retired from the Navy in 2013. In his spare time, he enjoyed working on his show cars and was an avid hunter. He loved dressing up as Santa for his nieces and the neighborhood kids.

Jeffrey was not an idle body and was always working something. He was always there to lend a helping hand to anyone that needed it.

She is survived by her husband Fredrick and children Paul Benabise, Chris Benabise, Stephanie Rivenburg, and Wendy Robinson.

She was born in Salt Lake City, Utah and soon after moved to Las Vegas, Nevada when she was a young girl.

Hawaii was her dream come true where she meet Fred and then had two boys. She was on her way back to what she felt was home by traveling to Hawaii.

The family will hold services at a later date.

Carolyn Louise (Cordell) Kenfield passed away on Christmas Eve, December 24, 2021 in Casper, Wyoming. She was born to Granville & Pauline (Davis) Cordell on June 14, 1952 in Washington Court House, Ohio. She was the eldest daughter of nine children, and being musically gifted like her brothers and sisters, Carolyn was a proficient violinist. She graduated from Mechanicsburg High School, Mechanicsburg, Ohio in 1970.

On December 15, 1973, Carolyn married the love of her life, John Kenfield of Urbana, Ohio, and from this union two children were born: John Jr. and Megan Lynn.

Throughout her working career she was employed as a transcriber, data entry operator, and receptionist.

Carolyn was a 37-year member of the Order of the Eastern Star and she twice served as Worthy Matron for Golden West Chapter #37 (Glenrock, WY). She served the Grand Chapter of Wyoming by receiving two commissions as a Grand Representative for Ohio (2001-2003) and Nova Scotia and Prince Edward Island (2017-2019). She served the Grand Chapter of Wyoming one final time as a Grand Escort to her son, Johnny.

Carolyn loved to travel and one of her most favorite travel destinations was Wyoming. Whenever relatives and friends were able to visit, she thoroughly enjoyed playing tour guide to show off the scenic beauty and wildlife of Wyoming. Visitors never had to worry about seeing it all, as Carolyn ensured reservations were made and planned all the scenic stops along the way.

Carolyn’s love of family was unmatched, and her passion, tender love, laugh, and smile will be missed by all.

She is survived by her husband John; children Johnny and Megan (Joe); grandchildren Eliott and Abigail; brothers David, Phillip, and Paul; sisters Mary, Joanna, and Theresa; and many nieces and nephews. She was preceded in death by her brothers Rodger and Rodney as well as her beloved parents.

Memorial services will be held in June 2022. In lieu of flowers, the family respectfully requests you make a donation in Carolyn’s name to OES Service Dogs, and donations can be mailed to 441 US Hwy 20 N., Thermopolis, WY 82443.

Charlotte Mary Babcock passed away peacefully at home on December 30, 2021. She was 92 years young. She was born in Casper on September 9, 1929 to Leon and Blanche (Woolever) Bennett. She attended McKinley grade school; graduated from Natrona County High School in 1947; attended college from 1947-48 at Rockford College, Rockford, Illinois; then graduated from Casper College in 1949 with an AA in liberal arts and a lifetime award for excellence in Journalism. She obtained her teaching certificate through Chadron State College, Chadron, Nebraska.

She met her husband of 52 years Robert Babcock on a double date with a girlfriend (whose date was Robert). On May 18, 1949, she and Robert eloped to Billings, Montana. They had two daughters, Vickie and Linda.

She began substitute teaching for the Natrona County School District, first at Willard, then for 25 years subbing almost entirely at Pineview Elementary. She was always the first one they called, and she worked every single school day.

An accomplished musician on the piano (taught to her by her mother, a concert pianist), Charlotte became the music director of the St. Patrick’s Catholic Church choir from 1965-1978. As a founding member of the church, and with its 25th anniversary of the church approaching, she chronicled its history, publishing “The St. Patrick’s Story” in 1987.

In 1970, Robert purchased the flower shop in the Hilltop Shopping Center. Charlotte’s short-lived but very active new career in the flower business began. Renaming the store “Charlotte’s Flowers,” she became a district representative for three years in Teleflora, a floral wire service, attending national conventions in San Francisco and Hawaii.

An outstanding and prolific writer, she was a longtime member of WyoPoets and a past president of Wyoming Writers, Inc. In 1983 she received that organization’s prestigious Emmie Mygatt award, and in 2001 the Milestone award for her outstanding contributions. A member for nearly 35 years, she attended each organization’s yearly conference in locations all around Wyoming.

In 2001 she was recognized by the City of Casper and the American Association of University Women as a renowned author, freelance writer and editor. She has been published in numerous anthologies including “Woven on the Wind,” “Crazy Woman Creek” and “Wyoming Writing.” She was a founding member of the literary advisory committee at Casper College, and at the time of her death was still writing a column, “According to Charlotte,” for “Footprints,” the college’s alumni magazine. “Shot Down: Capital Crimes of Casper” was published in 2000. In 2016, she self-published “The Meadowlark’s Song… and more.” Both were recognized by the Wyoming State Historical Society as award-winning publications.

She had a storied 26-year relationship with Casper College which began in 1950 as a board member of the alumni association. The current board was formed in 1989, and she became a member the next year, serving as president from 1994-1996. For the college’s 50th anniversary, she headed the commissioning of the bronze sculpture “Spirit of the Thunderbird” by alumnus Chris Navarro, prominently placed on the northeast side of the campus. In 2019, she was named the Alumni Association’s Commitment to Excellence recipient, an award given for having made a significant difference in the growth and development of Casper College. In 2004, she established the Babcock Memorial Scholarship Fund for non-traditional students.

Charlotte was a volunteer and past president of many community organizations including the American Legion Auxiliary, PTA’s at Willard Elementary and East Junior High, Friends of the Library, Bishop’s Guild of Casper, and the Nicolaysen Art Museum. She judged spelling bees and writing contests; wrote articles for and letters to the Casper newspaper; gave many presentations, book signings, and readings; and continued taking classes at Casper College. She was instrumental in saving the Hotel Townsend ghost sign when the building was remodeled as the Townsend Center. As a result, she was asked to do research for three large panels that are hung in the foyer featuring Casper’s history.

She loved entertaining and hosted seasonal parties for the staff at Pineview and the St. Patrick’s choir. Much anticipated fare were her famous hot ham and cheese rolls and Tom and Jerrys. She made a genuine Waldorf salad, and fudge that everyone wanted the recipe for. She loved going to the Wyoming Cowboy football games long before tailgating became a thing, and watched with enthusiasm Josh Allen’s rise as a successful professional quarterback. She had a huge smile and laugh, and loved all events social or otherwise. She often ran into her former students and they would tell her she was their favorite teacher. She was an unapologetic, staunch Democrat, and spent many years as a poll worker. She was a force and achieved most of the goals she set for the organizations she was involved with. After Robert’s retirement, they enjoyed traveling abroad and around the country for his annual reunions of the Coast Guard ship he was on during World War II. She made many dear friends who loved her bubbly personality and she earned much respect for her ability to say what she thought needed to be done and then get it done. She challenged the status quo unequivocally and disliked change for change’s sake.

Charlotte is survived by her two daughters Vickie Quisenberry and Linda Coatney; four grandchildren Roxanne, Michael, Russ, and Miles, and their spouses; eleven great-grandchildren; two nephews Bob and John in California; relatives in New York; and special friend Steve Nicholas, who she thought of as a son. She was preceded in death by her husband Robert in 2003, parents, aunts, uncles, and son-in-law Rick.

The family would like to express their gratitude to Hospice for their gentle home care, and to all of Charlotte’s friends who have expressed their sympathy.

If you would like to do something in her honor, please make a donation to the Babcock Memorial Scholarship Fund in care of the Casper College Alumni Association.

At this time, no services will be held; a memorial service is planned for later this year.