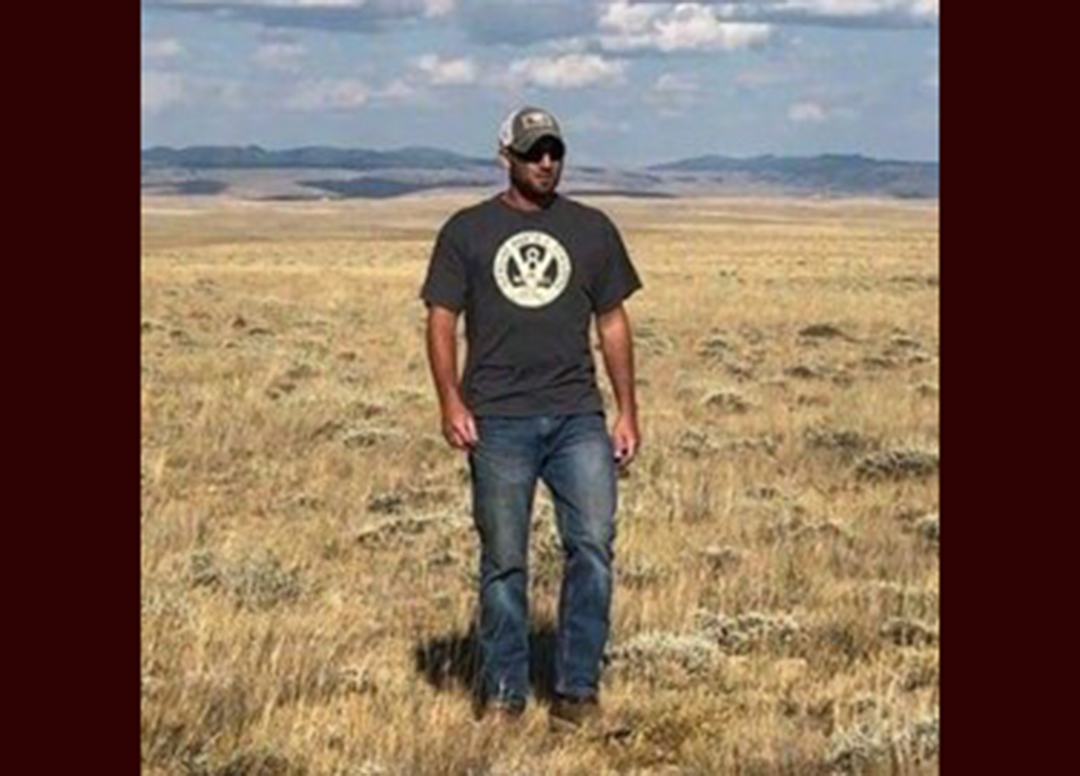 Shanks graduated from Belpre High School, class of 2002. Following graduation, he studied at Columbus State Community College for a short time before moving to Casper, Wyoming in 2006. He was well known for flair bartending and working as a direction driller for Full Rod Construction, and no one can forget his professional cornhole board making skills. He was the kindest man who was always helping others and was always there whenever anyone needed a helping hand. His annual Shanksgiving brought many of his best friends together, making everlasting memories.

Shanks was an avid Buckeyes fan, and you could always find him in some basketball shorts watching football all season long; if it wasn’t football season, you wouldn’t be surprised knowing Jeremy enjoyed his day long naps watching the ID channel. Shanks loved old cars and attending car shows, collecting baseball cards, boating at the lake, snowmobiling, and house projects, and you would rarely see him without a nice amount of Grizzly tobacco in his back pocket.

Jeremy Dean Shanks was preceded in death by Judith Irene “G-Funk” and Kenneth Eugene “Grandpa” Shanks. Surviving in addition to his 1967 442 Oldsmobile are his dogs (“G” and “Jax”); brother Kendrick Osborn (with a niece/nephew on the way); mother Kenda Osborn; many uncles, aunts, and cousins; and a big (non-blood) family of brothers, sisters, nieces and nephews and lifelong friends.

A Shanksgiving celebration is being planned and will be posted soon. Cremation has taken place under the care of Newcomer Funeral Home in Casper, WY. Those who wish to remember Jeremy Dean Shanks in a special way may make gifts in his memory to 12-24 Club, 500 S. Wolcott St., Casper, WY 82601.

Robert (Bob) Nelson Wuertley was born on November 7, 1950 in Billings, Montana to Robert F. and Juanita M. (Richardson) Wuertley. He passed away on January 6, 2022 at the Casper Mountain Rehabilitation and Nursing Care facility from complications due to Alzheimer’s.

At the time of his birth, the family lived in Lodge Grass, Montana. They moved to Midwest, Wyoming in 1953, then to Kimball, Nebraska in 1957 followed by Brush, Colorado in 1961. In 1966 they then moved to Riverton, Wyoming. Bob attended Riverton High School, graduating with the class of 1969. He also attended Central Wyoming College in Riverton for 2 years (when the college was in its beginning stages). He worked for Safeway during his high school years. He married Adene Lohrenz Brill on June 26, 1971. In 1972 he was hired by Amoco Production Co. and he and Adene moved to Brighton, Colorado where he worked in the Ft. Lupton area. Their son, Jay, was born in Brighton in 1974. They then moved to Longmont before requesting a transfer back to Wyoming. In 1976, Bob, Adene and Jay moved to Bairoil, Wyoming where he worked at the old Plant 22, then Wertz Gas Plant and then as foreman at the Amoco CO2 gas processing plant. Their son Adam was born in 1977. Bob was employed by Amoco for 27.5 years, then worked for Merit Energy for 7 years after the company bought the field from Amoco. Bob retired in 2007. He was known for his knowledge of the gas processing plant and was well thought of by his co-workers down through the years. Bob also served for 25 years on the Bairoil Volunteer Fire Department, and also went to several training schools for Amoco to learn about dealing with fires in the oil field.

Bob loved anything to do with the outdoors. He enjoyed fishing, especially at Pathfinder Reservoir with his boat, and ice fishing as well as fly fishing. He became quite proficient at fly tying and also reloading his own ammunition. He loved to hunt sage chickens, antelope, deer and elk and was fortunate at one time to draw a moose permit and harvest a moose. He and Adene enjoyed 4-wheeling and riding their side x side. He loved living in Bairoil and the wide open spaces it has to offer. He especially liked driving in his old trucks around the area on the desert and mountain roads going up to Green Mountain. Bob loved his ’69 Chevy trucks, and had a special place in his heart for his 1955 Chevy Bel Air that he bought for $50 from a farmer in Riverton when he was 18 years old, and rebuilt it with the help of his good friend Pat Hutchison.

Bob loved his boys and was very proud of them. He loved his dogs and he enjoyed feeding and watching the different birds that frequented the feeders in his yard. Bob could identify all of them and was very knowledgeable about the wildlife in Wyoming.

Bob will be missed by many friends and family, especially by his wife of 50 years and his boys, but we know he is at peace now in the arms of Jesus.

Your memorial to Bob is just remembering him and if possible, attending his service on Saturday, January 15 at 2:00 p.m. at Newcomer Funeral Home in Casper. Dress casual: that is how Bob would have dressed; he was a casual kind of guy.

If you choose to do so, you can remember him with a memorial to either the Alzheimer’s Association or to the Bairoil Community Baptist Church, P.O. Box 71, Bairoil, WY 82322.

Ileta Dutson Lewis of Lander passed away peacefully at her home in the early hours of January 1, 2022. Funeral Mass will be celebrated at St. Anthony’s Catholic Church in Casper on January 17 at 2:00 p.m. with public viewing from 1-1:45 p.m. Cremation will take place at Newcomer Funeral Home with interment at a later date in her family’s burial plot in the Ririe-Shelton Cemetery in Ririe, Idaho.

Ileta was born September 29, 1931 in Rigby, Idaho and raised in nearby Ririe. After graduating from Ririe High in 1949, she worked for Western Union, moving to Provo then in 1952 to Cheyenne and later Casper, where she met and married Richard “Dick” Lewis in September 1953. In 1964 they moved to Lander, returning to Casper in 1975 where, on Dec. 31, 1981, Dick passed away. In 1987 she moved back to Lander, vowing never to move again.

Ileta loved working with her hands, whether woodworking, knitting, crocheting or gardening. She was a friend to all, especially children, and worked many years with the Foster Grandparent program until her health declined.

In lieu of flowers, donations may be made to St. Jude’s Children’s Hospital or the ASPCA.