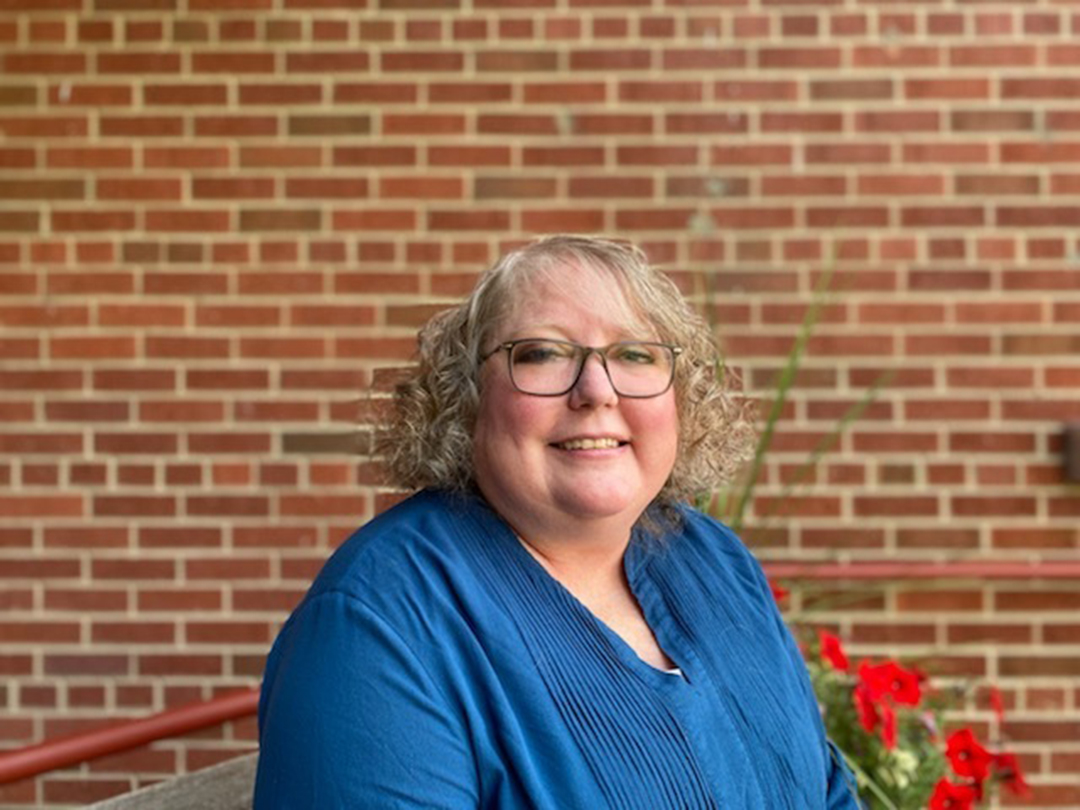 Elizabeth Ann Ayen was born on October 15, 1968 in Denver, Colorado to a girl named Linda. This young woman made the brave decision to give birth to this baby and made an adoption plan for her.

On November 19, 1968, she was adopted by Larry and Jeannie Landis, who had been hoping and praying for a baby.

She was joined a couple years later by a brother, Jeff, and spent her growing up years in the Denver area. She accepted Jesus as her Savior at a young age and grew up worshiping and serving Him at Ridgeview Hills Christian Reformed Church in Littleton.

She attended and graduated from Denver Christian High School in 1987 and she maintained close relationships with many of her friends from DCHS throughout her life.

After graduation from high school, she attended Colorado State University in Fort Collins. Throughout high school and college, she had a talent and a passion for music. She sang in choirs at Denver Christian and while attending CSU was an active member of the Master Peace campus ministry, a group committed to sharing the story of Jesus.

In this group she met Mark Ayen, who she would marry in August 1990, making him the happiest man alive. She graduated with a bachelor’s degree in Exercise and Sport Science in May 1991.

After graduation, they moved to Evanston, WY, where Mark began a career with the Wyoming Department of Transportation. While in Evanston, this family grew to four with the birth of a daughter, Rebecca, in 1991 and a son, Zachary, in 1994. These children were the joy of Beth’s life.

In 1997, the family moved to Rock Springs, WY. In the fall of that year, Beth was diagnosed, through a series of events, with multiple myeloma, a cancer of the plasma cell. She had a bone marrow transplant in 1998 at the University of Colorado which helped her achieve a sort of remission, but the myeloma had become a life-long battle.

Beth and her family moved to Cheyenne, WY in 2005. After this move she began working regularly as a substitute teacher and eventually a full-time tutor/classroom aide. Through this work she realized a love and passion for teaching which led to her going back to school and earning a Master’s Degree in Elementary Education, as well as a teaching certificate, from Grand Canyon University.

By this time the kids had both graduated from high school and were attending the University of Wyoming and Beth moved with Mark to Casper, WY, where she did her student teaching and was hired by the Natrona County School District and began her teaching career by teaching third grade at The Fort Caspar Academy.

Not many people knew, but about this time her battle with multiple myeloma once again flared up, but she didn’t let that slow her down; she was so happy teaching. She poured her heart and soul into her students for seven years and was actively treated for her cancer almost the entire time.

Finally, in June 2020, she determined that it was time to retire because she did not have the strength to put in the time or effort that she felt her students deserved. In August 2020, Beth received the surprise of her life: she was contacted through an online genealogy site by her birth mother Linda. Beth considered herself to be so blessed to be able to meet her mother and her two half-siblings Andy and Marlena and their families in May 2021.

Beth had the opportunity to write for various online platforms after she retired where she got to share her story
(https://blogs.webmd.com/multiple-myeloma/beth-ayen).

Her battle with cancer was concluded when she received the ultimate healing on January 8, 2022 in Denver.

Her greatest joy in life was her children, their spouses, and their children, which was a joy she never thought she would get to have.

When she was diagnosed with multiple myeloma in 1997, her prognosis was two to three years. She never expected to see her children grow up, but God had other plans.

Beth was met in heaven by her father Larry Landis and uncle Jim Freeman. She is survived by her husband Mark; daughter Rebecca (Ben) McFarland; son Zack (Kelli) Ayen; and grandchildren Isaac, Piper, Marshall and “the one on the way.”

He joined the Army in 1954 and was honorably discharged in 1956, serving much of that time in Japan.

Upon his return to Wyoming, he spent a short time looking for work, eventually picking up a ‘dirty’ job with Stafford Well Service in Linch cleaning out tanks.

Bill and Mickey cherished their time in Linch, where they lived for the majority of their married life, making many great friends and memories along the way. They relocated to Casper upon retirement in 1994. Bill’s love for Mickey was evident through their entire marriage. He was a devoted, loving and patient caregiver to her in her final years. Mickey preceded him in death in 1998.

His dry, quick sense of humor was usually coupled with a twinkle in his eye. He enjoyed watching Jeopardy every evening, knowing most of the answers. His favorite fall activity was watching Wyoming Cowboys football. He loved to fish and spend time with his family and he was an avid reader.

He was an incredible cook, baker, and pickler. His Christmas candy was legendary, which he continued to make through this last year. His yard and garden in Linch were a huge source of pride, along with his roses, although he had a hard time getting a garden to produce as well in Casper.

At Bill’s request, there will be no service.

Wayne Hilden Curtis, 85, of Douglas, Wyoming passed away Tuesday, January 4, 2022 at the Memorial Hospital of Converse County in Douglas. He was born in Flushing, New York on June 13, 1936 to Stanton C. and Mildred Thompson Curtis.

Wayne met his wife LaDell in Lennox, South Dakota. They had been married for 65 years at the time of her October 25, 2020 death. Throughout their marriage, wherever Wayne’s work took them they easily met many lifelong friends. They were truly “people lovers” and took every opportunity to get to know, love and cherish their friends. Reminiscing over the years about their friendships brought many happy memories of their life together.

Wayne was a participant of the Beresford High School Rodeo Team and attended the National High School Rodeo in Texas his senior year. He joined the Rodeo Cowboy Association. when he was 16 years old and rode saddle broncs and bulls until the age of 21. He was an avid rodeo fan. He enjoyed attending the National PRCA rodeo in Las Vegas many times and watching rodeo on TV.

Wayne began his lifelong construction career as a laborer and retired in 1995 as a highway construction supervisor. His work took him and his family to the states of Minnesota, Iowa, Nebraska, Wyoming, South Dakota, New Mexico and Arizona. His occupation included concrete work, building subdivision infrastructure, roads and bridges. Throughout his career he constructed a golf course, RV parks, steel buildings and a 400-man prison.

As requested, no services are planned at this time. Memorials may be sent to Boys and Girls Club of Douglas Endowment Fund, 802 Riverbend Drive, Douglas, WY 82633.