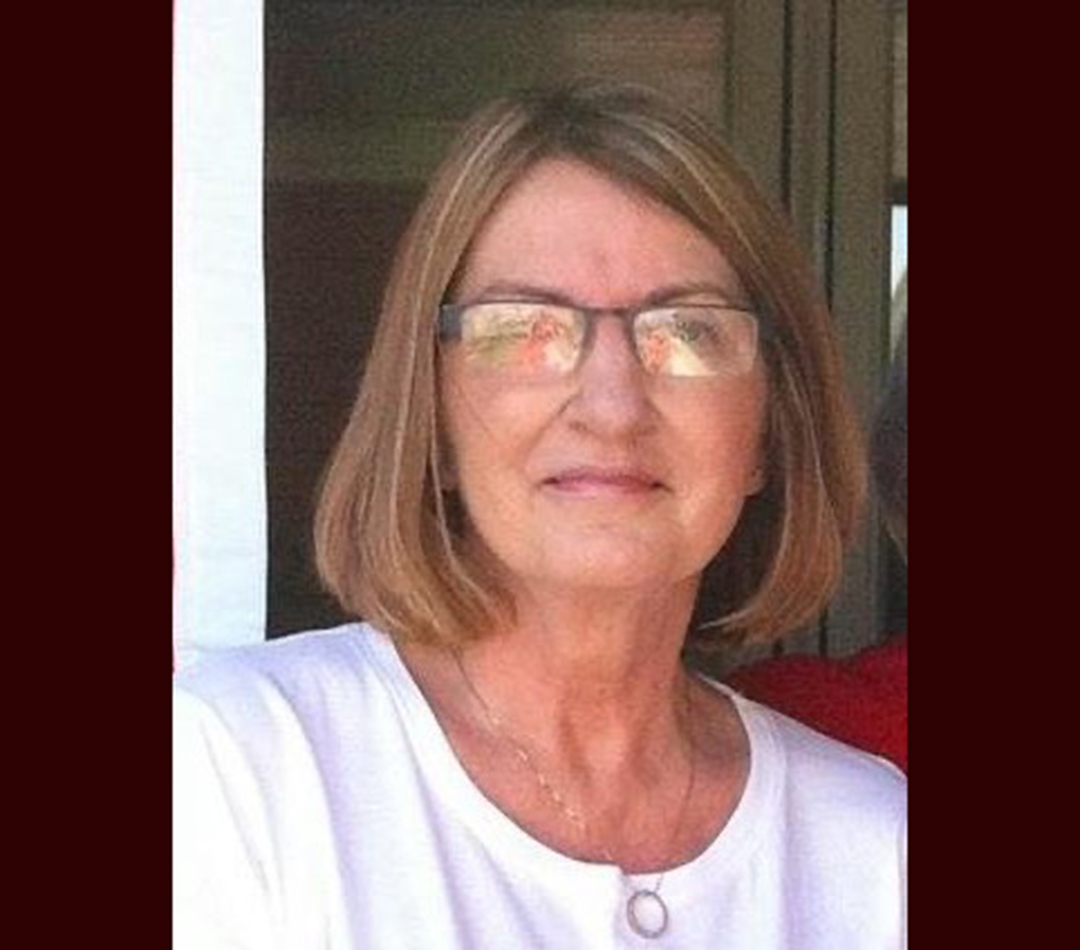 Janet Marie Christensen, 67, from Axtell, Nebraska died on Tuesday, January 18, 2022 at Central WY Hospice & Transitions in Casper, Wyoming. Janet was born on August 16, 1954 in Minden, Nebraska to Ronald & Geraldine (Johnson) Lower. She graduated from Axtell High School. She married Robert (Bob) Christensen from Minden, Nebraska in 1974 and they were married for 19 years and had three children. Janet & Bob lived in Denver, Colorado briefly and then moved to Casper, Wyoming in 1978, where they owned and operated a resurfacing business for 18 years. Janet attended Casper College, where she earned an Associates Degree in Radiologic Technology and a Medical Transcriptionist Certification. She was a devoted employee, working for WY Medical Center for over 20 years and working part time for Casper Outpatient Radiology.

Janet’s religion was football, with the Denver Broncos and Nebraska Cornhuskers being her favorite teams. She loved attending her grandchildren’s school functions and athletic events. She often traveled out of town and out of state to watch her granddaughters play in competitive soccer. She loved frequent trips to Lincoln, Nebraska to visit family and watch the Nebraska Cornhuskers play. She also enjoyed visiting Las Vegas, Nevada as well as spending time in the mountains.

Janet was preceded in death by her father Ronald and mother Geraldine.

Janet chose to not have a memorial service as she was a private person, and the family is respecting her wishes. Please continue to pray for her family as they grieve her passing. If you would like to plant a tree in her memory or post a tribute to her, please visit bustardcares.com.

Stanley Cadwell, also known as “Stan,” of Casper, Wyoming passed away peacefully on January 18, 2022 at the age of 92.

Stan was born in Portland, Oregon and his family moved to Casper when he was an infant. In his youth, he played football for Natrona County High School as a guard. The team was All State Champions for three of those years. He broke his nose so many times playing football that the school provided him with a full-face leather helmet, now on display at NCHS along with his “C” sweater.

Stan was a member of the United Association of Plumber and Pipefitters Union, Local #192, rising through the ranks to become a project manager and Master Plumber. He was a proud union member for over 50 years. Stan worked for Davidson Plumbing and Heating for 13 of those years. During the latter part of his career, he worked mostly on industrial sites, power plant construction, and workovers. Stan’s handprint is on many homes, buildings, and industrial sites in Casper and throughout Wyoming. Stan concluded his long plumbing and pipefitting career as a plumbing instructor at Casper College. He also served on the Plumbers Examination Board.

Services will be at Bustard & Jacoby Funeral Home Wednesday, January 26 at 10 a.m., preceded by visitation from 9-10 a.m.

On January 20, 2022, Erle D. Barto, 86, of Evansville, Wyoming, after a struggle with kidney disease, headed off to get the band back together. He knew they were looking for a rhythm guitar player. He was born in the basement of a house on the corner of 3rd and Elk Street in Casper, Wyoming on August 11, 1935 to Albert James and Florence Mildred (Struck) Barto. He attended McKinley School and, in 1953, graduated from Natrona County High School, where he held the rank of Major in the ROTC and was a four-year member of the rifle team, winning national honors each year. He was employed briefly by Republic Supply Company and the City of Casper, and was married to Mary Hiser of Glenrock, Wyoming and then to Constance Jones of Casper for over 20 years. His association with their families endured. Erle was a lifetime member of Elks Lodge #1353.

He joined the Wyoming Army National Guard exactly 69 years before his death, enlisting in B Battery 349th FA BN. Then in 1954, he was employed for 6 months as an OMS Mechanic and transferred to SVC Btry. He received a medical discharge in January 1956, reenlisting in SVC Btry in July 1957 when he departed for 6 months of Basic Training at Ft. Leonard Wood, Missouri. Upon his return, he was reemployed as a full time OMS-3 Mechanic and attended training at Aberdeen Maryland; Ft. Sill, Oklahoma; and the Tank and Automotive command in Warren, Michigan. In 1964 he reached the rank of E7, after which he had the opportunity to obtain Warrant Officer status, eventually becoming a CW4. He became Shop Chief of OMS-3 in Casper and commanded Service Battery for 21 years, supervising the maintenance programs in Casper, Douglas, Lusk, Newcastle, Gillette, Lander, Riverton, Afton, Evanston, Rock Springs and Rawlins. In 1985, he transferred to the State Maintenance Shop in Guernsey to take the position of UTES Chief, and was assigned to STARC HQ in Cheyenne as the Chief of the COMET Team for Wyoming, a position he held until his retirement in 1988.

In 1983, after purchasing a Super Cub and taking flight instruction from his best friend Bill Cheney, Erle earned his Private Pilot’s License. In July of that year, he married Charlee (Holt) Foster. In 1985, the couple, together with her son Matthew, moved to Platte County, where they operated a cattle ranch which included 160 acres of hay ground. Erle greatly appreciated his chance to be a cowboy. In the years that followed, he earned his commercial pilot’s license and honed his flying skills hunting coyotes in Platte, Goshen and Laramie counties alongside his long-time gunner and close friend Bob Cheney, whom he cherished like a second son. His proficiency with the airplane was further enhanced when he and Charlee ventured into the realm of commercial photography, taking aerial shots of every farm and ranch in southeast Wyoming and northeast Colorado. Other flight experience included checking windmills and livestock. He and Matt frequently commuted by air to work and school. Erle’s involvement with the Airport board was key to the improvement of civilian facilities at the Guernsey airport.

After Matt’s graduation in 1998, the couple moved to the remote cabin Erle had built 28 years before. Erle considered it a privilege to have spent so much of his life fishing, looking for arrowheads, exploring the country by snowmobile and ATV and hunting for that elusive 85th elk. He often remarked that he was blessed to have had “a good wife, a good dog and a good horse,” and the company of the close-knit community in the Deer Creek Park area.

Erle was preceded in death by his parents; his sisters Carol (Doug) Bryden, Helen (Lee) Lareva, and Dolores Hart; and his nephew Barry Erben.

He is survived by his wife Charlee; son Matthew; nieces Kay Swanson and Corey Ralph; and nephews Jim and Ken Trantham, David and Jeffrey Bryden, Frosty and Mike Erben, Charles Holt and their spouses. He is also survived by Pam Erben, Brandi & Jeff Zaccardi and Wendie, Pedro and Cody Mendoza, and a special group of friends that he considered family.

The family would like to thank Dr. Neff, Erle’s nurses Surrey & Candace, the staff at US Renal Care, the progressive care nurses at Wyoming Medical Center, and all who helped him. In lieu of flowers, donations to Central Wyoming Hospice and Transitions or a charity of your choice would be appreciated.

A celebration of life will be held in summer of 2022.

Glenice M. Stainbrook, 60, of La Mesa, California passed away Monday, January 17, 2022 surrounded by her family in Casper, WY. Glenice was born on November 28, 1961 in Vinton, Iowa to Jerry and Leila Stainbrook. She graduated from Monte Vista High School in California and then went on to attend Grossmont College in La Mesa, California. After college, she spent many years at Indian Hills Bible Camp and then went to work for the City of El Cajon Park and Recreation Department, from which she recently retired after 29 years.

Glenice loved to make crafts and had a fabulous crafting family that she loved very much. She created a small business called From the Heart, and she devoted all of her spare time to her business, attending many craft fairs and events and enjoying her crafting community. Glenice liked traveling, bossing people around and sending margaritas back because there was not enough tequila. Glenice embraced her role as the oldest sister and dispensed her wisdom whether requested or not (LOL).

She was preceded in death by her father Jerry Stainbrook and her niece Hailey Stainbrook.

A celebration of Glenice’s life will take place at a later date at Foothills Church in La Mesa, California.