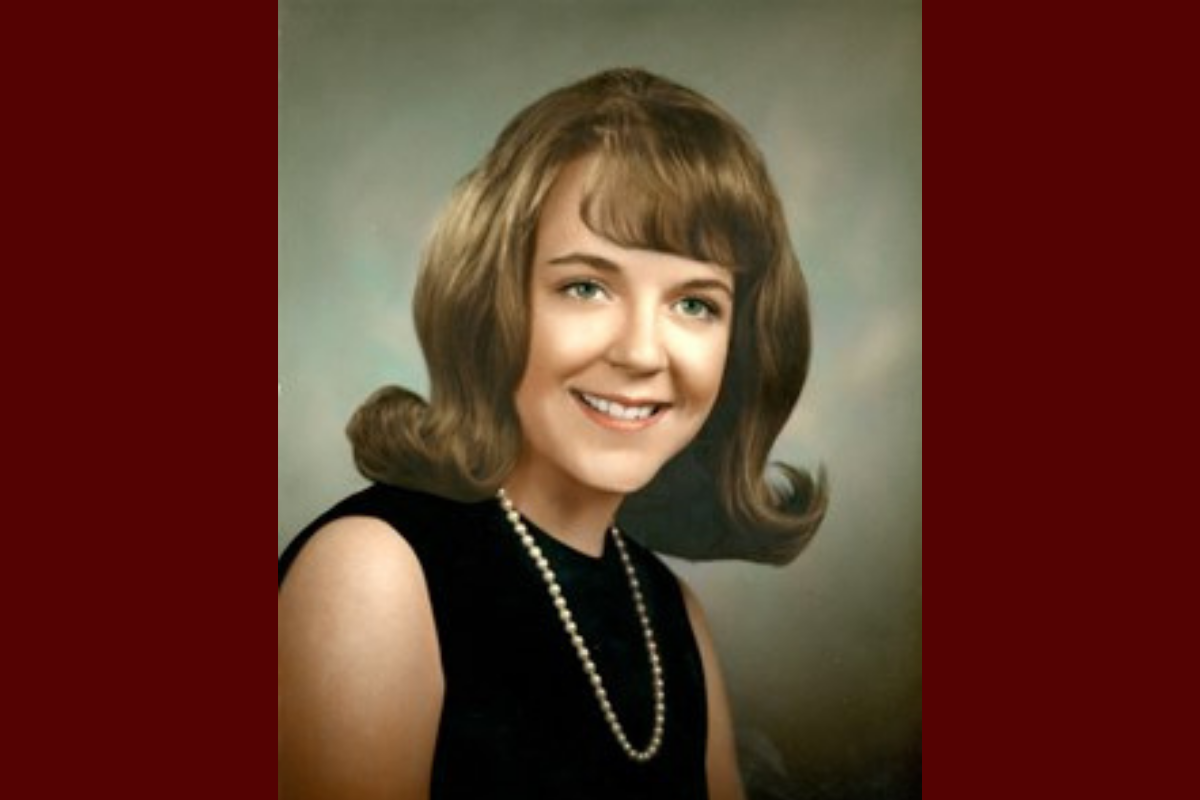 A Mass of Christian Burial for Kathleen Ann Jarrard, 75, will be celebrated on Wednesday, April 20 at 11:00 a.m. in St. Anthony’s Catholic Church, Casper, Wyoming.

Kathleen attended St. Anthony’s Catholic School and went on to high school at Mount St. Gertrude in Boulder, Colorado, where she excelled in all academics and formed lifelong friendships that she cherished. While she was there, she met the love of her life, Roy Jarrard, and continued her education by attending Casper College.

Kathleen and Roy were married at St. Anthony’s Church in 1966, and together they managed the Burke Sheep Co. north of Casper from 1966 to 1991, which was when they purchased the ranch from John Hancock Insurance Company and it became the Jarrard Ranch. During these years, Kathleen and Roy raised five children on the ranch that ran 8000 sheep and several hundred cows. The operation included an annual 90-mile trail to the Big Horn Mountains for summer grazing.

Kathleen had a profound faith in God, which, along with her loving nature, understanding, and determination, served as the very foundation her family leaned on throughout her life. To ensure that her kids received a good education, she drove 50 miles round-trip every school day from the ranch to Casper, rain or shine, for over 20 years to get them all to St. Anthony’s Catholic School.

Kathleen was very generous and was known in the community as someone who always gave so very much of herself to anyone who was blessed enough to know her. Many would say that it would be nearly impossible to find someone who had cooked more 3:00 a.m. breakfasts for the ranch crews during times like docking lambs, shearing sheep, branding calves, and shipping livestock, all while staying on top of the many needs to complete those tasks.

For anyone that was a part of those crews, she treated them like family and held them all near to her heart.

The family asks that any contributions be made to St. Anthony’s School in Kathleen Jarrard’s name.

Robert Rossin Jr was born a twin on November 5, 1929 and died on April 13, 2022. His twin brother, Roland Rossin, died on April 28, 1997. They were born on the great Taylor Ranch east of Midwest, Wyoming. The Taylor Ranch was owned by Don and Lillian Taylor. Lillian was Robert’s oldest sister. Because of the ranch’s location, their place of birth was listed as Ross, Wyoming, the closest town.

They moved to a little house between Midwest and Kaycee, Wyoming. When he was about 5 or 6 years old, Robert was told to check the mail at the end of the driveway. He heard something in the culvert and bent over to see what it was. It was a rattlesnake and it bit Robert in the head. He was rushed to the doctor in Midwest, who cared for him for three or four days until he recovered.

His mother, Olga, divorced and remarried to Lewis Russle. They started a ranch in the Bessemer Bend area. The ranch was near one thousand acres in size. Robert spent his school years there and that is where he met and married Emily Cook of Goose Egg, Wyoming. They had four children together and divorced a short time later. He then married Caroline Obert. They did not have any children together. She died in 1987 from lung cancer.

Robert worked on the ranch until it was sold. He then went and started working on oil rigs as a roughneck. He liked working on the derricks and learned how to be a chemical engineer while on the job. He had a habit of chasing oil rigs and at one point found himself in Carpenteria, California on an offshore platform drilling for oil. In 1971, he moved back to Casper, eventually retiring in 1989.

He is survived by his sons Robert Rossin III of Casper, WY and William A. Rossin of Chesapeake, Virginia. He is also survived by nine grandchildren and many great-grandchildren.

A graveside memorial service will be held for Robert at noon on Wednesday, April 20, 2022, at Memorial Gardens Cemetery, 7430 W. Yellowstone Highway, Casper, WY 82604.

Harry Marshall Huson passed away in Casper, Wyoming, with his daughters by his side.

He was born in Sheridan on October 5, 1928, to Mae Chase and Harry H. Huson. He attended schools in the Arvada/Clearmont area, graduating from Clearmont High School in 1946. While attending school in Arvada, he met — and in 1947, married — Vera L. Dabney. From this marriage, three daughters were born: Marsha, Lucinda (Cindy), and Karen. The family lived in Newcastle and Casper before Harry and Vera moved to Laramie, where Harry graduated from the University of Wyoming in 1970 with a degree in Mechanical Engineering. They then moved to Cheyenne to continue his career with the Wyoming Highway Department, and after 39 years of service, he retired in 1988.

He especially enjoyed spending time with family hiking, fishing, and snowmobiling at the cabin in the Big Horns. In retirement, you could find him on the golf course in the summer, and in the winter he and Vera traveled extensively, spending many winters in Tucson.

He was a lifelong member of Newcastle Masonic Lodge #13, Sheridan Scottish Rite (receiving an Honorary 33rd Degree), Kalif Shrine of Sheridan, and Korein Shrine of Cheyenne (Frontiersmen’s Group). He volunteered for Meals on Wheels as a driver and as a repairman of machines to resell at their thrift store for over 35 years.

Services will be held at Wiederspahn-Radomsky Chapel of the Chimes in Cheyenne on Saturday, April 30, at 10:30 a.m. Cremation has taken place at Bustard & Jacoby Funeral Home in Casper. Interment will be in Buffalo at the Willow Grove Cemetery.