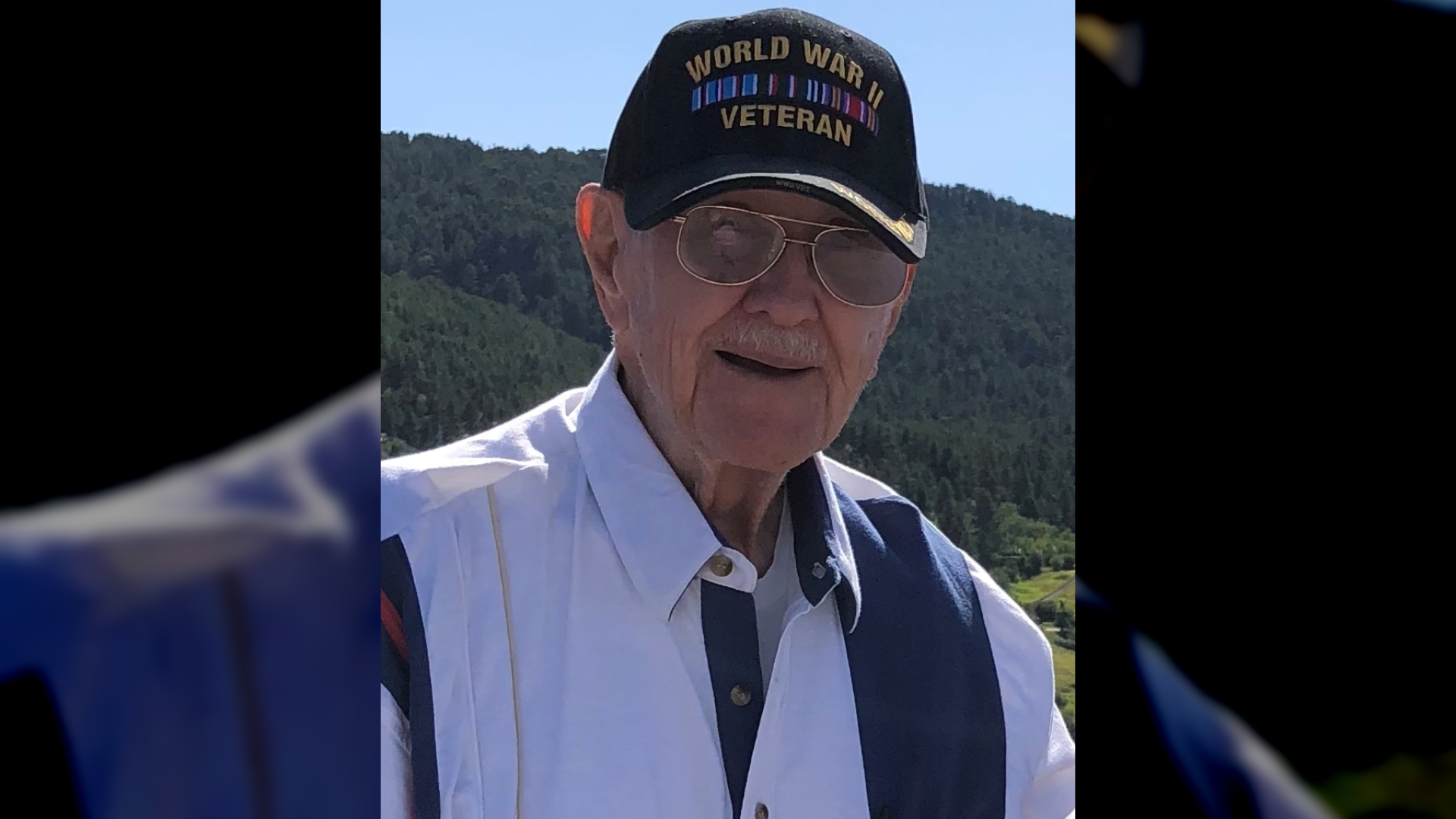 Scott W. Hutchinson, 93, of Casper, Wyoming, formerly of Wichita, Kansas, passed away on May 4, 2022. He was born on December 4, 1928, to Clara and Claude Hutchinson in DeQueen, Arkansas. He was married to Mary Francis “Fran” Bode Hutchinson of Wichita, Kansas for 48 years until her death in 2002. He and Fran had one child, Brian Scott, who died in 1957. He was a graduate of Argentine High School in Kansas City, Kansas.

Scott was fortunate to have traveled many places, both stateside and abroad, and always loved to share his many stories and jokes with everyone. He was also an avid football fan, fisherman, viewer of western TV shows, singer, and crossword puzzle player, and he loved traveling in his motorhome when he was able and was a lover of dogs. Scott was a WWII veteran.

After his discharge from the Air Force, he worked as a civilian for the Air Force as an aircraft mechanic at Richards-Gebaur AFB, Missouri. During this time Scott attended night school and obtained his FAA Aircraft and Powerplant License. Scott worked for Beech Aircraft in Wichita, Kansas as an instructor in the Beech Technical Center, where he taught pilot and maintenance classes from 1966 to 1973. He traveled all over the country doing mobile training classes. In 1973, he then moved to Lockhaven, Pennsylvania, and set up the Training Center for Piper Aircraft. He established Pilot and Maintenance Schools in Lockhaven, Pennsylvania; Lakeland, Florida; Vero Beach, Florida; and Paris, France.

After leaving Piper, he went back into civil service and worked at Fort Carson, Colorado, again specializing in Instrument and Autopilot repair. Then in 1980, he went to work for the Federal Aviation Administration at the field office in Broomfield, Colorado. In 1983 he was promoted to Principal Airworthiness Inspector and transferred to the FAA office in Casper, Wyoming, where he remained until his retirement on December 30, 1980.

After his retirement he started his own business as an Aviation Consultant and for many years worked for several attorneys that specialize in aviation law. He was fortunate to be selected to go on an Honor Flight from Wyoming to Washington D.C. and enjoyed every minute of it. He proudly wore his World War II cap everywhere he went.

We would like to thank the staff at Edgewood Meadow Wind Assisted Living in Casper for taking very good care of Scott the past several years, as well as give thanks to CaringEdge Hospice.

In addition to his wife and son, he was preceded in death by his mother and father and his brothers Lester, Claude Jr., Elmer, and Harold.

A graveside service with military honors will be held on Tuesday, May 10 at 11:00 a.m. at Ascension Catholic Cemetery, Crypt 63, St Joseph Gardens, Wichita, Kansas, with Father Kenneth VanHaverbeke presiding.