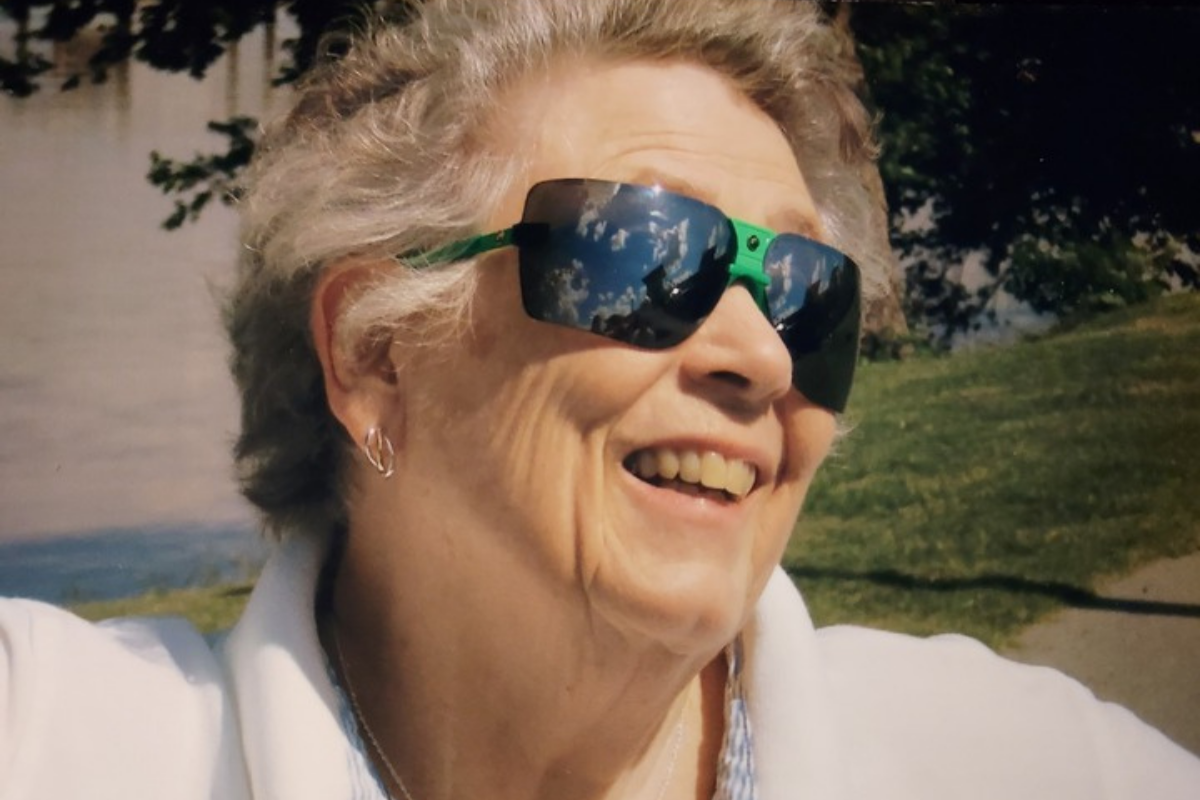 Elizabeth Charline (“Char”) Price passed away May 6, 2022. Char was born October 1, 1929, in her grandmother’s home in Excelsior Springs, Missouri to Charles and Pauline Shoemaker. In 1934, she moved with her family to Memphis, Tennessee and in 1939, the family moved to Columbia, South Carolina.

After Char graduated from high school in 1947, the family moved to Kansas City, Missouri. She attended junior college in Kansas City and then completed her bachelor’s in education at the University of Missouri in Columbia, Missouri. She began her teaching career in Kansas City, where she would also met her husband, Jack. They were married in December 1955 and were inseparable until he passed away in January 2013. They lived in Kansas City, then moved to Casper, Wyoming in 1965. She taught reading at Crest Hill, Fairdale, and Verda James Elementary Schools.

She was affectionately known as the gadget queen, loved going to the beach, could grow absolutely anything in her garden and enjoyed golfing, photography, fishing, sitting on the riverbank at Svoboda’s home, and trips to Jackson Hole and Yellowstone. She and Jack traveled frequently to visit family in Nashville, Tennessee; Tulsa, Oklahoma; Prentiss, Mississippi; and Kansas City. The last four years, she was a resident of Primrose Retirement Community in Casper.

She was preceded in death by her parents, her husband Jack of Casper, WY, her sister Carol Rendina and her brother-in-law Jim Rendina of Kansas City, MO, and brother Charles Shoemaker, Jr. of McLean, IL.

Memorial services will be held at Bustard & Jacoby Funeral Home on June 11, 2022, at 10:00 a.m. with Pastor Jack Olsen officiating. Interment has been held.

Patricia was born on March 24, 1932 in Cincinnati, Ohio to the late Victor Searle and the late Anna Ruetepohler Searle. She graduated from Yokohama American high school in 1950 while her father was stationed overseas as part of U.S. occupation forces in Japan. She married William “Bill” Ward in 1952 while they were students at the University of Oklahoma. He supported her continued education and degrees. She earned her bachelor’s degree from Southeastern Louisiana. She earned Master’s and Education Specialist degrees from Fort Hays State University, Hays, Kansas. She and Bill had a daughter and son who knew their mom was always in school. They traveled various oil field towns until they settled in Russell, Kansas from 1963 to the mid-1980s, when Bill had his last transfer and retirement in Casper, Wyoming.

Patricia was an accomplished language arts middle school teacher at Ruppenthal Middle School in Russell, Kansas and had published books on learning packets and simulation games. In Casper, she volunteered for Habitat for Humanity, English as Second Language tutoring at Casper College, and VITA taxes for senior citizens, among other activities. She and her husband Bill traveled and fished extensively in Mexico and British Columbia, and visited New Zealand numerous times. She routinely caught the biggest fish of any family member. She proudly supported her children’s adult projects and her grandchildren’s activities careers.

She is survived by two children, Kathryn (Jeri Kinser) Ward of Carbondale & Cobden, IL, and William “Bill” Ward (Beth) of Denver, NC. She is also survived by her beloved twin sister Barbara Henthorn, and favorite niece Susan Henthorn Hurst. She’s also survived by her two grandchildren William (Gwen) Ward and Rebecca (Vlad) Ward; special son John Cameron; special friends Linda Slone, Laura Burback, Cheryl VonRiesen, and Louise Russell; and numerous church friends, neighbors and volunteers. She was an other mother to many in Casper and beyond in her listening and charitable activities including Highland Church. Up until her time of death, she was an avid reader and drove around Casper.