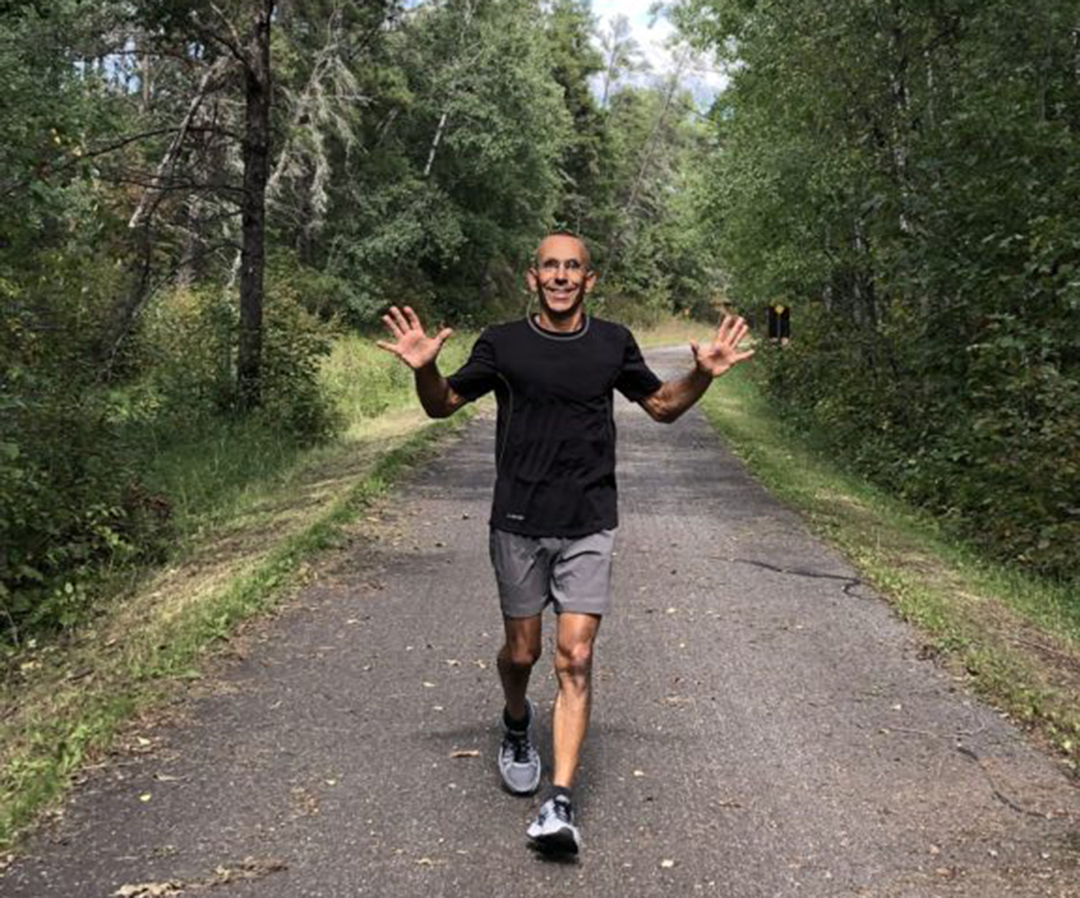 On May 5, 2022, Cinco de Mayo, death took Dwight Burrows at age 56. He bravely and even joyously lived with brain cancer, surgeries, and treatments for almost two years while also traveling, enjoying family, and seeing old friends. Dwight was known by some in Casper as “the barefoot runner” for his ultra runs in and around Casper, barefoot whenever possible. In fact, he had completed almost 1000 miles of his goal to run across the U.S. when he was stricken by a grand mal seizure, the first sign of his brain tumor.

Even more than his love of running was his love for his three children, Christin, Garrett, and Julia, now young adults, and he took great satisfaction in their accomplishments and well being. His brother Glenn, father Luis, and girlfriend Deb completed his circle of immediate family at the end of his life.

Dwight’s was a life of adventure and challenge. Born near Miami in Hialeah, Florida, to Estrella and Earl Burrows (both now deceased), he attended high school in Miami and college at the University of Miami on an ROTC scholarship, graduating in 1988 with a degree in civil engineering. From 1988 to 1991 he served in the Army and participated in the Gulf War. Called to teach, he entered graduate school at Florida State University, earning a Master of Science degree in Physics Education and beginning teaching in 1993. By 2001, Dwight was ready for another challenging adventure and entered flight school, then became a commercial pilot for seven years for Comair. During this time, his family lived in Florida, Virginia, and Kentucky.

In 2011, he moved to Casper to teach at the Transitions Learning Center, a program for at-risk high school students who had fallen behind on the path to graduation. At Transitions, he taught math to students in the construction trades program, using real-life building situations to teach math concepts and skills. Dwight loved helping students learn and found this work deeply rewarding. He finished his teaching career at Pathways Innovation Center (PIC) in 2020 and began his run across America that summer.

In the 2021 autobiography he wrote for his family and friends, Dwight began his story with his own motto, words that guided his life: “I would rather have tried something and regretted the failure, than to never have tried it at all and one day wondered if I could have succeeded.”

Friends and family may remember Dwight Burrows as a man who embraced challenges, relished adventure, and found meaning in sharing it with those he loved.