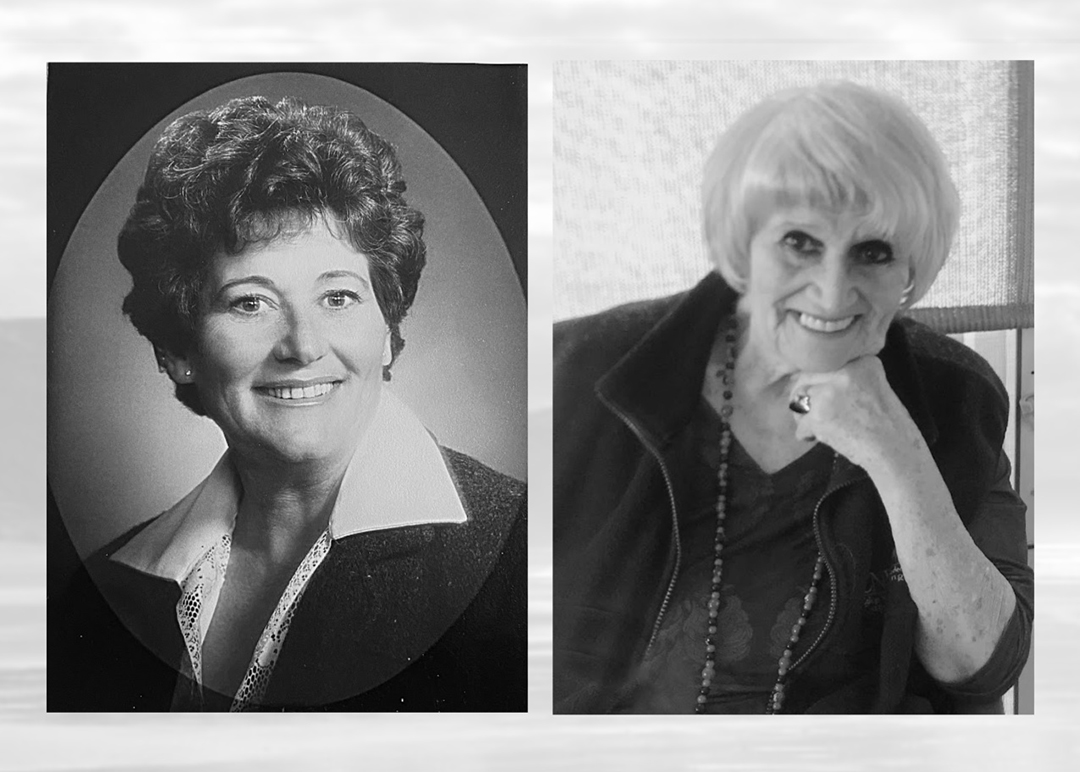 The longtime Wyoming rancher passed away peacefully before the sunrise on May 22, 2022, at home on the family ranch in Casper with her children by her side.

Gay was born on January 25, 1935, in the community of Te Kōpuru located just south of Dargaville, New Zealand.

Her loving parents John Gordon (a sheep farmer) and Ivy Moira (an Auckland socialite) provided her with a best-of-both-worlds upbringing. She spent her earlier years doing chores on the family farm and riding horseback to her small rural school in Arapohue. They would spend their summers at the family beach at Baylys Beach, New Zealand. Those memories were cherished by Gay and she made sure to later bring her children back home to visit often.

To pass the time she would have quite the adventures with her brothers. One example is when she and her brother Ross found a wild horse in the forest close to home. The two dedicated their time to break in and train the horse they named Tahu. Their efforts paid off tremendously when Ross and Tahu would go on to win many awards and prizes in New Zealand. One could say that achieving such high honors was all Gay needed to know that she could achieve anything.

Gay would go on to attend boarding school at the Diocesan School for Girls in Epsom, Auckland, New Zealand. There she would get a world-class education and flourish as a social butterfly. She would also discover new interests and hobbies to an already impressive set of skills and crafts from gourmet cooking to creating one-of-a-kind fashion looks complete with beadwork and jewelry to boot. Her sport of choice was golf and her lifelong passion was to paint. In her younger years she would take her easel and sit for hours while truly appreciating the breathtaking views of the beaches, mountains, forests, and deserts that she was fortunate enough to have as the backdrop of her wonderfully full life.

One of her first jobs after graduating was working as a jillaroo at a sheep station in the outback of Australia. After a while she then worked at the Farms & Stations of New Zealand, which is The Comprehensive National Record. Her job there was to enter information in the encyclopedia of all things New Zealand. Never one to settle, she then started working as a nurse in a relative’s doctor’s office.

She would soon make plans to travel with friends from the Dio School. First one up was a cruise with her friend Annette. Next was a trip around the world with her friend Allison. When preparing for her trip Gay had reached out to family and friends alike for any and all travel suggestions. Most people offered travel stops that they couldn’t miss. Some even offered up contact information for friends they made on their own travels.

The initial travel plans were a road trip across the United States. During the Wyoming leg of their journey they were in a minor car wreck. They just so happened to have a phone number for a family located not too far from where they were stranded. They took a chance and called the number and as luck would have it two young men came to their rescue. Then she met a cowboy named Tom that forever changed her travel plans.

Gay and Tommy would marry and plant roots in Wyoming. She took to her new life like a fish to water. She could handle everything the west could throw at her with grace and style — after all, she survived the Australian Outback. They would later welcome daughter Susanne Moira and son John Gordon. She raised her children with a strong sense of responsibility to themselves and the community around them.

The Milnes often had an open-door policy where they would offer a place to stay, a hot meal and an opportunity to work for those who came from all over, especially young men and women from her native New Zealand. Their hospitality didn’t end there: The family ranch would often be a place where local teens and young adults would work, whether by their own choice or at a judge’s urging they would learn the value of a hard day’s work. The work ranged from fixing fences and other hard laborious ranch work to the daily dedication of tending to the garden. Most of these young men would go on to be local business owners or even be in charge of equipment maintenance for the entire Las Vegas fire department.

The couple owned and operated multiple businesses such as KP Drilling and KP Ranch Co. She even ventured out on her own and turned one of their old offices into a USDA-certified commercial kitchen. KP Kitchens put Gay on the map. Newspaper articles were written about her delicious homeland’s meat pot pies. Her family’s secret recipe for their perfect flaky crust won best prepared food in the nation by USDA in Nashville. Hard work and business savvy would pay off as she would go on to win AG Business Woman of the year.

In her free time Gay was an active member in the community. She was President of the Casper Area Convention Visitors Bureau, The Ladies Municipal Golf Association, The Natrona Cow Belles, The Central Wyoming Fair Board, and Wyoming State Fair. She also had a seat on the Natrona County Lodging Tax Board and was part of the group that was instrumental in bringing the College National Finals Rodeo to Casper. After this, she spent 10 years as the Trade Show Coordinator.

Whether it was the twinkle in her eyes, her raspy yet elegant New Zealand accent, her quick wit, or her hearty laugh, Gay’s friendship made an impact on all. She will be deeply missed.

She was preceded in death by:

She is survived by:

The family will be providing the main meat course and beverages. We ask that all who attend bring lawn chairs, a covered dish to share, and your favorite memories of Gay.

We will also be holding a pie-baking contest in her honor.

In lieu of flowers, the family asks that donations be made in Gay’s name to Central Wyoming Hospice and Transitions.

Theodore Mark Leik, known as “Mark Leik,” a resident of Santa Fe, New Mexico, passed away suddenly in the early morning hours of June 7, 2022, while he and his wife were visiting family in Casper, Wyoming.

Private services were held for the family on June 9.

His wife and sons request that in lieu of flowers, memorial gift contributions be made to the National Fish and Wildlife Foundation by contacting www.nfwf.org.