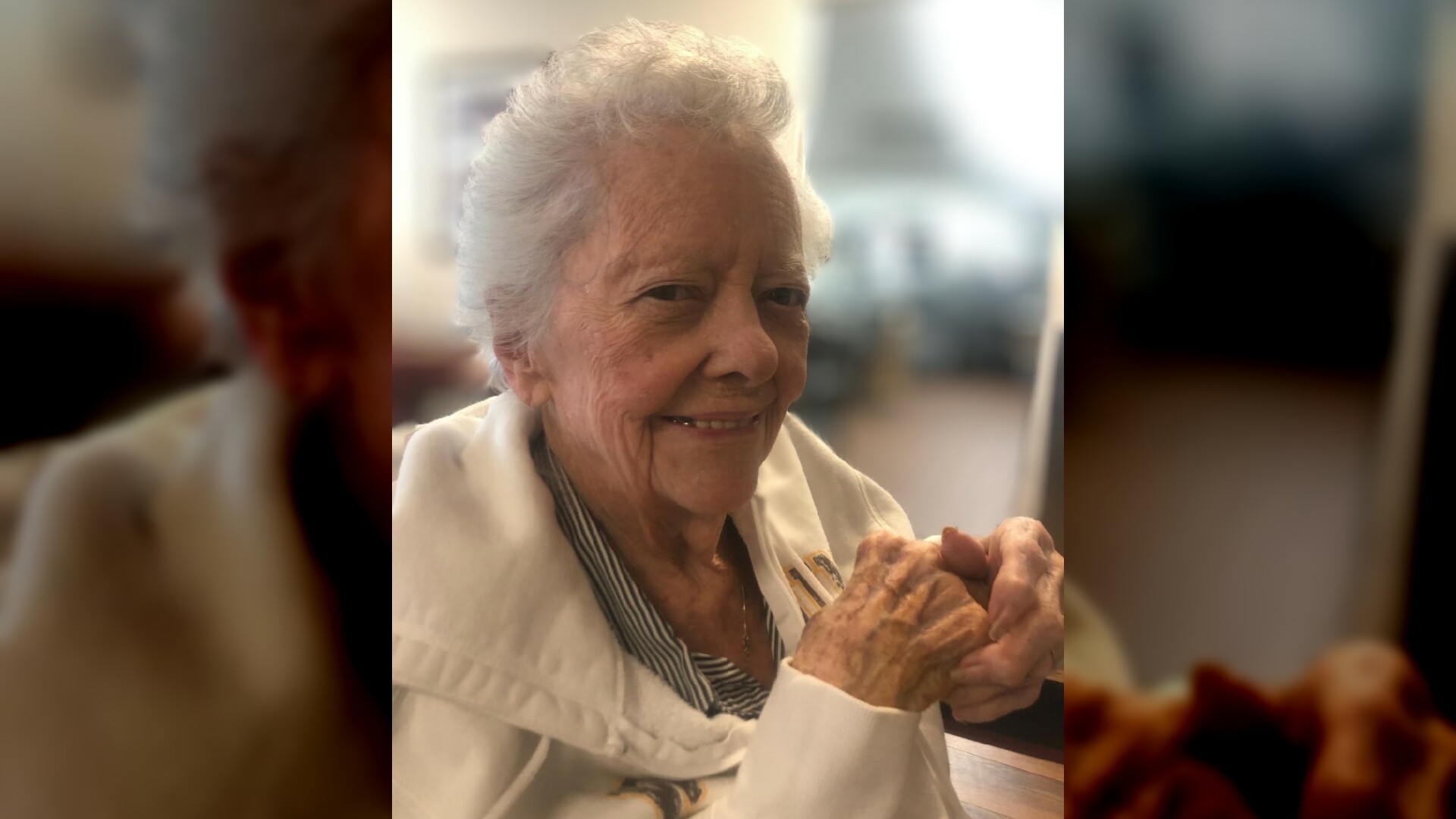 Norma Arlene McGee passed on to Heaven on Friday, June 17, 2022. She had some fishing stories to tell, roses to tend to and dogs to love on.

Norma was born on Thursday, July 29, 1926, near Twin Falls, Idaho, to Josephine (Green) Foster and John Foster. They had driven up to Idaho from Casper and were visiting relatives when Norma decided it was time to see what the world looked like. The drive back to Casper gave her a first glimpse of the beautiful Teton mountains and started a lifelong love of all the mountains in Wyoming.

Her life was not always easy. The Great Depression and her mom becoming a single parent meant some tough times, and then the war started, but the strength of Josephine and her love and commitment to her two girls (Norma and her older sister Maxine) beat down all the hardships and taught Norma how to cherish the important things in life. She loved animals, especially dogs, ALL dogs! A quote heard often was that she “couldn’t imagine a world without dogs.” She had at least one dog companion with her during her entire life.

She graduated from NCHS in 1944 and began working at the Casper airbase as a courier to support the war effort. She still laughed about the day (ALL day) the boys at the base sent her all over on her little bicycle looking for a bucket of ‘prop wash’! She learned drafting by accepting a job (she may have fibbed a little about her drafting experience) and having a friend train her in the evenings. The oil boom of the early ’50s brought a lot of young geologists to town; one of them, Joe McGee from Gillette, became her best friend while they were working at Pure Oil Company. He was one of those stand-up, great kinds of men who would do anything for her. They eventually got married and raised four sons in Casper.

Norma was always a caregiver: She helped take care of her grandmother; her mother lived with our family for over 20 years (Joe wouldn’t dream of letting Josephine leave … she was a fantastic cook!); she cared for her sister and her aunt and uncle through thick and thin and life and death. When Joe headed down the dark path of dementia/Alzheimer’s, she stuck with him to the end.

Norma was a proud Wyoming native and proud of the fact that she had never been further east than the Wyoming–Nebraska border until she was in her 60s! She lived in Casper for all but a couple years of her almost 96 years. She loved to fish and paint (mostly mountain scenes) and tend her roses. She could out-fish most ‘city folks,’ especially in the mountain streams of the Bighorns and the lakes in the Wind Rivers. She loved “her mountain,” Casper Mountain.

Her beautiful paintings hang in her sons’ homes.

She was preceded into Heaven by her “sweet little Mother” Josephine, her sister Maxine, her husband Joe, her favorite aunt and uncle Nellie (Green) Wilson and Bus Wilson, and a whole bunch of other aunts, uncles and cousins (who mostly made it into Heaven…).

A private service at the Oregon Trail State Veterans Cemetery will be held in September.

Memorial contributions to the Casper Humane Society or any animal rescue organization would be appreciated.