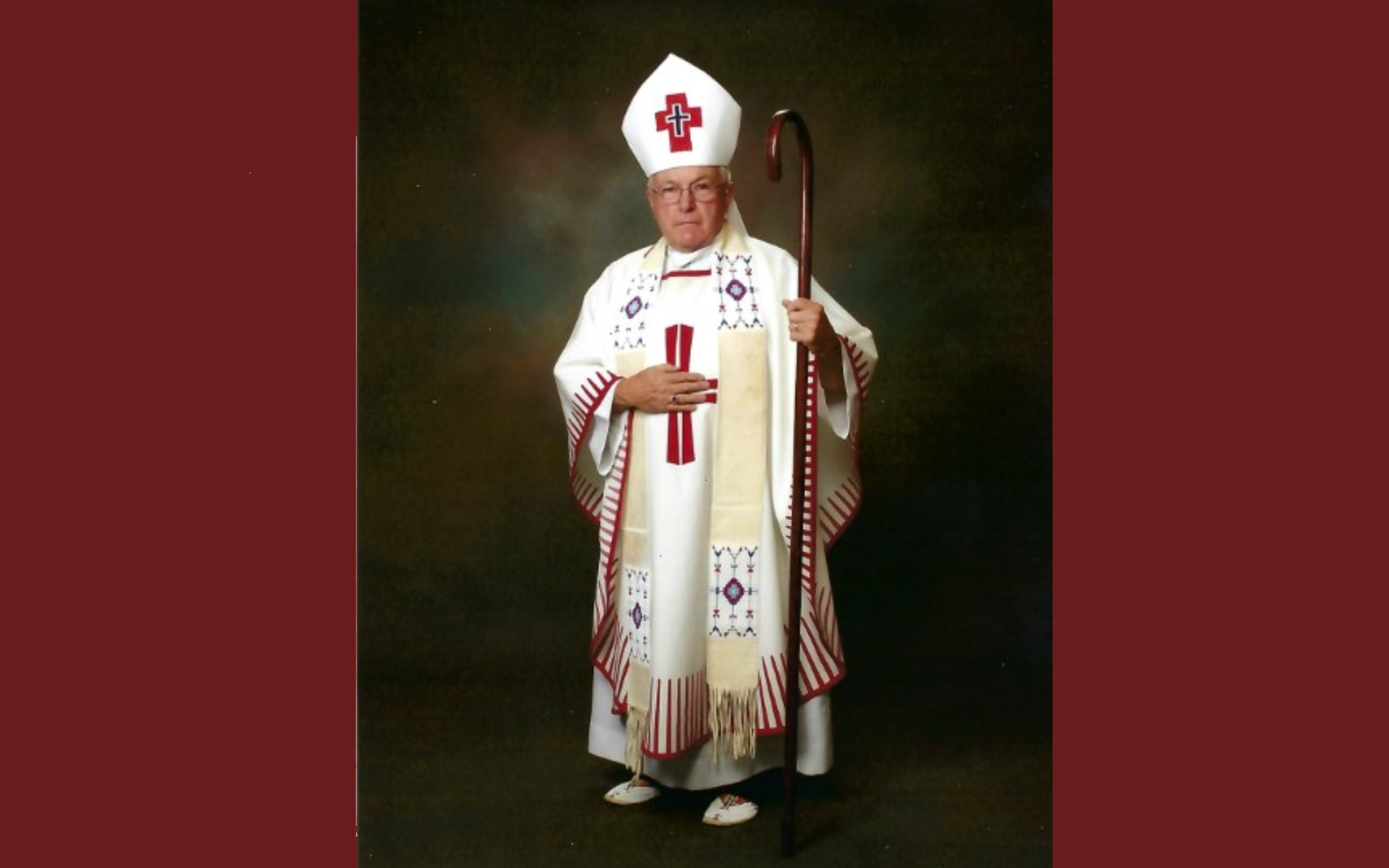 Ken was a longtime resident of Casper, Wyoming, when he passed away at his home on June 24, 2022. He was born Oct. 25, 1927, in Danbury, Connecticut. He married Priscilla E. Sturges on June 30, 1951, and was married for 65 years until her death. The last few years he was lovingly cared for by his friend and companion Mid Johnson.

He enlisted in the U.S. Navy and served from July 1945 to September 1948. He participated in two atomic bomb tests from the deck of the USS Bairoko. This experience led him to strive for peace for all people throughout his life.

Ken received a bachelor’s degree from Trinity College. He graduated from seminary at Berkeley Divinity School at Yale in New Haven, Connecticut. He was ordained a deacon and then a priest using the 1928 Book of Common Prayer in March 1956. In 1973, the family moved to Casper, Wyoming, to serve at St. Mark’s Episcopal Church. He served in Episcopal churches for 20 years. He continued his ministry in the Traditional Anglican Catholic faith, establishing the Church of the Holy Family. He was consecrated as an Anglican Catholic Bishop on June 3, 2004.

Ken and Priscilla had a special love for Native Americans, working with the Lakota, Arapaho and Shoshone peoples. They assisted with Bible schools and summer camps in the 1960s in South Dakota and later in Utah. They continued their ministry on the Wind River Reservation. In 1981, returning to his second family (the native people), Bishop Kinner answered his calling from Ethete, and the Church of the Morning Star was established.

Starting in high school, during WWII, he was a volunteer fireman. Twice he entered burning buildings in attempts to rescue people. He later served as chaplain for fire departments in Connecticut as well as for Casper Fire-EMS for 25 years. Upon retiring as chaplain, he was made an honorary chief, the second person to receive that distinction in Casper’s history.

He was a member of the Sons of the American Revolution. In 1985, along with his son and two other people, he founded the Make-A-Wish Program in Wyoming. He had special relationships with the Retreat Singers of Little Rock, Arkansas, and Sells and Gray Circus Performers. Throughout his life, Ken was an avid history buff and spent hours working on genealogy.

While serving parishes in Connecticut, he learned to play the snare drum from “Old Timers” in the Westbrook Colonials Fife and Drum Corps. While there, he founded the Junior Colonial Corps for young people. Later, that skill was given to his four sons. He engaged the family in playing fife and drums, starting with the Bishop Seabury Fifers and Drummers of Easton, Connecticut. He was Chaplain Emeritus and original member of the Company of Fifers and Drummers. Later in life, the family participated in Civil War reenactments at Fort Caspar, Fort Laramie and Fort Phil Kearney.

He will be forever known by his family and friends as “Papa.” He was so proud of his four sons, Mark (Tibbie), Paul (Lorinda), Stephen (Julie) and Christopher (Charlotte). He had 12 grandchildren and 21 great-grandchildren.

He was preceded in death by his wife Priscilla and his parents Kenneth Alonzo and Gladys Corbin Harrison Kinner, and was heartbroken by the loss of an infant son, Kevin.

For those unable to attend the celebration of life ceremony, the family will have a Facebook Live stream on the Church of the Holy Family Facebook page, starting at 10:30 a.m. MDT.