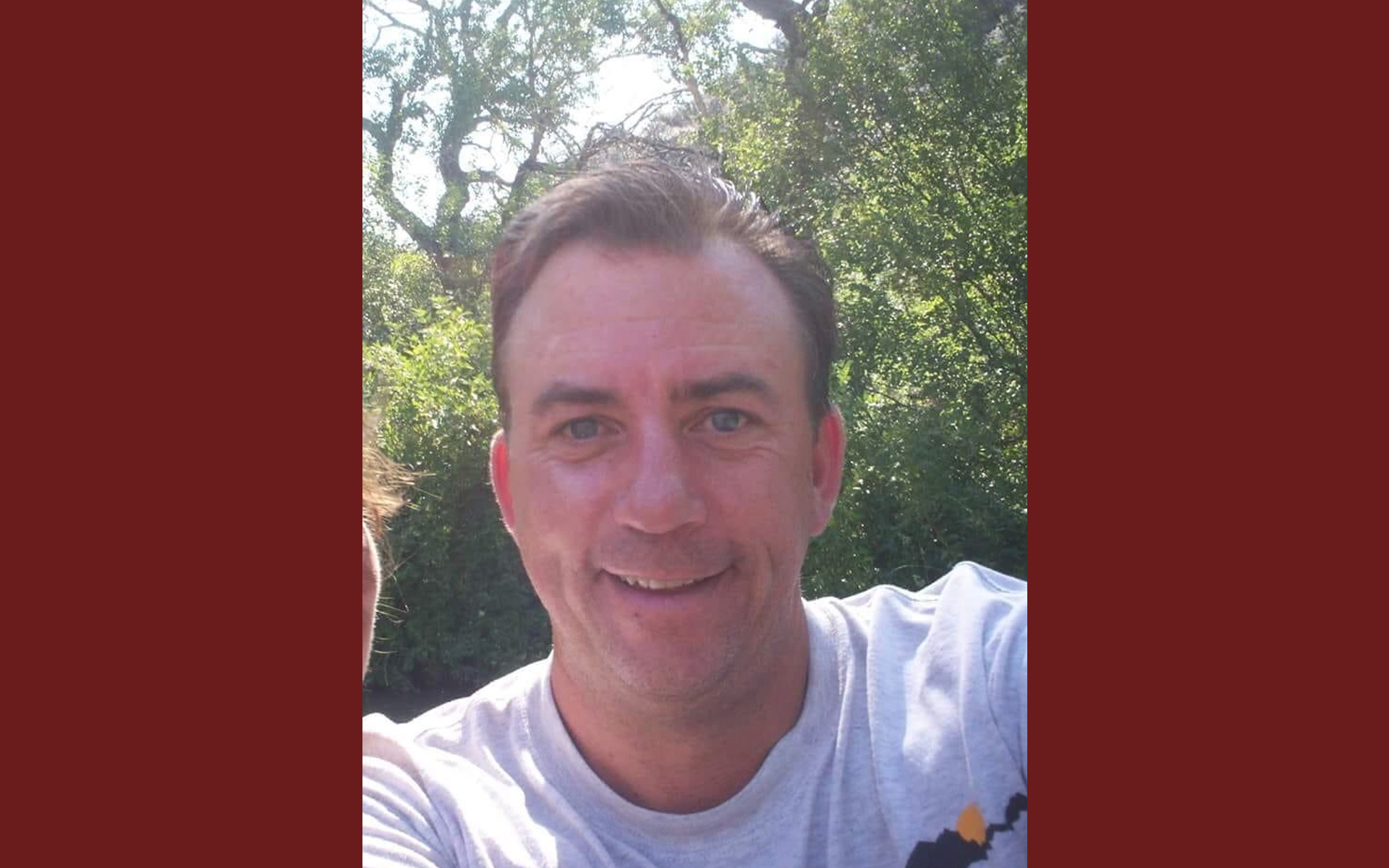 A Mass of Christian burial for Bradley Clark “Brad” Hill will be held at St. Anthony’s Catholic Church in Casper, Wyoming, on Friday, July 8, 2022, at 2 p.m. He died on June 27 at Wyoming Medical Center (Banner Health) following complications from open heart surgery. He was 60 years old.

Brad was born to Lloyd G. (Ted) and Myrna B. Hill on Jan. 30, 1962, at the (then) Natrona County Memorial Hospital. He was the fourth of their five children.

Brad grew up in Casper, and attended Casper schools until his graduation from NCHS in 1980. He was well-liked and popular, especially with the girls. He loved skiing, playing hockey, riding snowmobiles and spending time in the outdoors along with socializing with friends.

After graduation, he attended the University of Wyoming, where he studied partying — and sometimes geology. 😉

Brad moved to Tucson, Arizona, in the 1980s, working various jobs until he had an opportunity to work for Continental Airlines as a baggage handler. Brad found his niche at Continental, and within a few short years worked his way up through the ranks with the company. His job with Continental took him all across the country and abroad for nearly 20 years. By the early 1990s, he was a ground operations manager based in Austin, Texas. He earned many citations for his excellence and professionalism both as a supervisor and for his customer service. In 2001, he was assigned by the airline to establish and oversee a new employee training facility in Cleveland, Ohio. Brad took great pride in his part in the development of the facility, and one of the many things he taught both his staff and new agents was to treat everyone, customers and co-workers alike, with dignity and respect. He carried this philosophy throughout his life in everything he did.

When the tragedy of 9/11 occurred, the Training Center in Cleveland was shut down. Brad decided it was time to return home to Wyoming. He often said he had missed the mountains and the quiet way of life here.

Shortly after his return to Casper, he acquired a position with the Wyoming State Trails Program. He enjoyed the outdoor physical work and was able to reconnect with nature, and some of his favorite pastimes, snowmobiling and riding four-wheelers. It was at that time that he also reconnected with his high school sweetheart, Rhonda DiVittorio. Within just a few short months of their reunion, they announced their engagement, and were married on Sept. 27, 2003. Following the wedding, Brad and Rhonda moved to Lander, Wyoming, to be closer to his work.

Much like with his previous position at the airline, Brad soon became a supervisor, and in 2006 was promoted to trails program manager. He was able to bring many new programs and training protocols to the program, including helmet safety promotion, a snowmobile simulator, and the “Leave No Trace” campaign. He always put the public’s access to use of the trails system at the forefront of his priorities.

After retiring from the state, Brad enjoyed “puttering” around his and Rhonda’s hobby ranch; caring for their horses, dogs, and cats; working on his John Deere Tractor and Gator; and trail riding in his beloved Wind River Mountains when his health allowed. He also loved spending time at the family ranch in the Big Horns and annual group trail rides in the Black Hills.

Brad and Rhonda had recently moved to Douglas, Wyoming, in 2020 to be nearer to family, and he was enjoying getting to know their two young grandsons, Shannon and Jack.

Brad was always known for his mischievous sense of humor, boyish charm, dashing good looks and intense blue eyes. He loved to laugh, and tormented his friends on Facebook with a constant barrage of dad jokes and memes. He was a loving and devoted husband, stepdad, brother and friend. He was a bright and beautiful soul, and will be sorely missed.

Donations, if desired, may be made to Donor Alliance or Donate Life Wyoming.

Interment with military honors will be held at 2 p.m. Tuesday, July 12, 2022, in Custer National Cemetery in Montana.