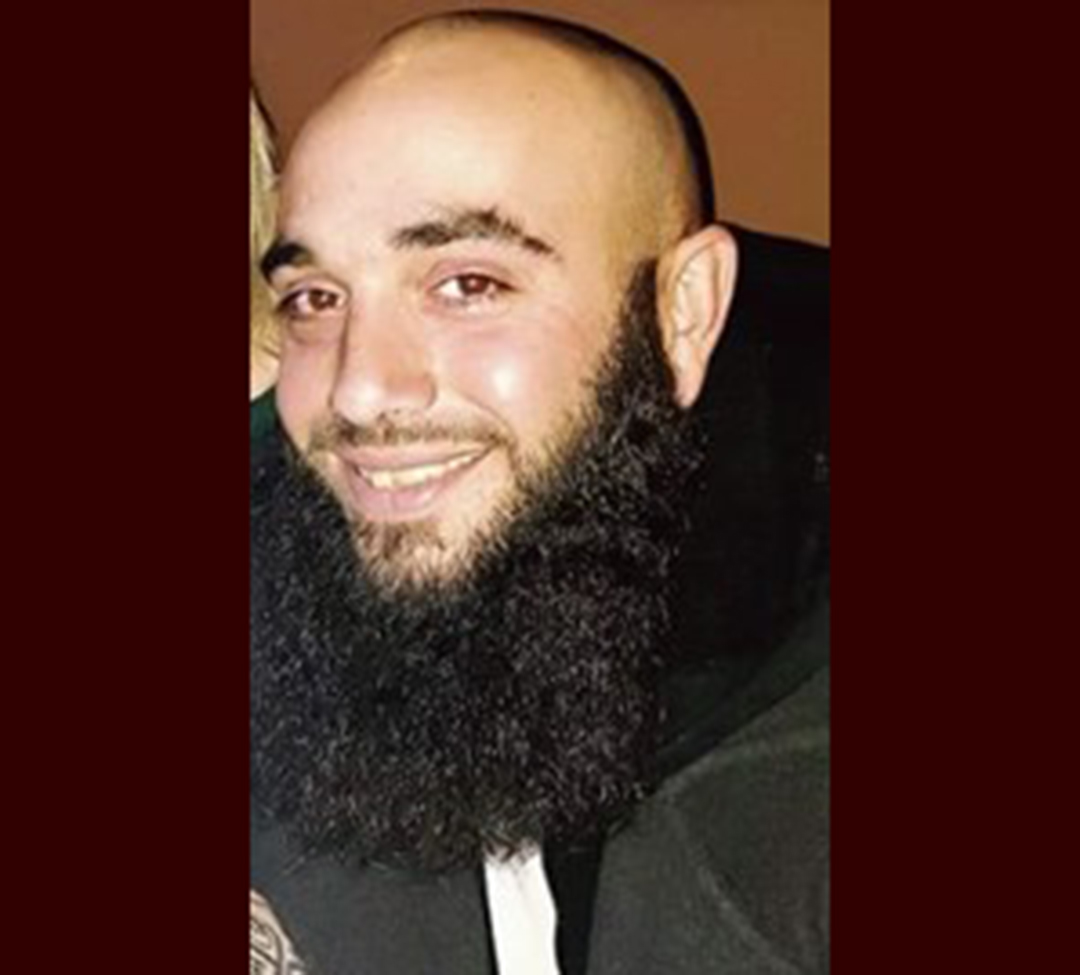 It is with very heavy hearts we, Aleixis’ family, share the passing of Alexis Milani. A beloved son, brother, grandson, father and husband. Alexis had one of the biggest, softest hearts of anyone you will ever meet. He was a friend to many and never turned away someone in need, whether a friend or stranger. His smile was infectious and could light up any room.

He is preceded in death by his father, Yadollah Milani and grandfather, Brian T. Bevins.

For several years Alexis fought the disease of opioid addiction and tried countless times to rid himself of this demon. But, as so many families in this country know, this illness is nearly impossible to heal with or without professional help.

A Celebration of Life Gathering was held from 2:00 PM until 4:00 PM on Saturday, July 9, 2022, at Bear Trap Meadow, #29 on Casper Mountain, where he and many of his family and friends made many beautiful memories. We are asking, instead of flowers, for donations to cover expenses. If contributions exceed the cost of services, the remaining funds will go to his wife, Hope and his children, Eden and Aiden Milani. His family thanks you from the bottom of our hearts for any amount you may give.

Rest in peace now Alexis. You are missed more than you could ever know.

Tommy was born in Worland, Wyoming to Dolores Hernandez on August 1, 1961. He was raised in southern New Mexico until he enlisted in the Navy and defended our country.

In 1998, Tommy moved to Casper where he proudly raised children that weren’t even his and befriended so many more. From his niece Tammy, nephews Chris and Guerro (Phillip), his newly acquired daughter, Tiffany and all their friends along the way; Christen, Nova, Sammy and so many others. Each kid receiving some form of life lesson.

As time progressed, Tommy quickly realized that he had met the love of his life, Judy. At that time, Tommy became a father to the rest of Judy’s children; Sally, Samantha, and Charles. Throughout the years, Tommy became grandpa to Vanessa, Isaac, Brittany, Angelique, Riella, Aiden, Caleb, Sierra and Tristan. In the typical Tommy-fashion, the grand kids didn’t stop there. He laid claim to Trinnity, Saren and Eva. His grandchildren were the most precious to him.

Tommy cherished his family and his relationships with all his nieces and nephews but always had a special place in his heart for his nephew Pnut. He would brag about the man he’s become and the incredible talents he holds within his hands and mind.

Tommy found friends in everything he did. As the owner and founder of Construction Specialties and a crane operator for various companies, Tommy was THE guy and will be missed by all.

He is preceded in death by his mother Dolores; brothers Rudy, Phillip and Andrew; sister Melissa; and granddaughter Sierra.

The family would like to give a special thanks to Scott and Katrina Zimmerschied, Mike Harden and Nicki Shosten.

Lowell E. Hosey, 69, of Casper, Wyoming, passed away on Sunday, July 3, 2022, at his home surrounded by his loving family. He was born on September 5, 1952, to Bernard and Carolyn Hosey in Laramie, Wyoming. Lowell graduated from Laramie High School in 1970 and then the University of Wyoming with his bachelor’s degree in 1976. He met the love of his life, Kristi Miller, while managing Peaches Restaurant in Casper in 1987. They had two children, Jordan Kristine Hosey and Ryan Lee Edward Hosey. He began his endeavor in the movie theater business in 1992 in Idaho Falls, Idaho and this eventually took him to Rock Springs, Wyoming where he lived for many years before landing back in Casper to be closer to his family.

Lowell was a true lover of sports from an early age. As a child, he played baseball and football but his love for sports was lifelong. He spent countless hours watching baseball, football, basketball, and hockey and was particularly fond of the Colorado Rockies and the New York Yankees.

Lowell was loved by everyone who had the pleasure of meeting him. He especially treasured the time he spent with his family and loved spending time with his grandchildren.

He was preceded in death by his mother, Carolyn Hosey; his father, Bernard Hosey; and his sister, Leanne Grant. He left behind his two children, Jordan (John) and Ryan (Mackenzie); their mother, Kristi; nine grandchildren, Brayden, Bentley, Kaydance, Beckham, Delta, Lynnleigh, Corbin, Austin, and Estelle; his brothers, Craig (Debbie) and Eric (Leslie); and numerous nieces, nephews, and beloved family members.

A celebration of life will be held to honor Lowell on Friday, July 15, 2022 from 2-4pm at the Rialto Theater in Casper, Wyoming. Arrangements are under the direction of Newcomer Funeral Home, Casper, Wyoming.

Bobbi passed away on July 3, 2022 at Casper Mountain Rehabilitation and Care Center. She fought long and hard against the complications of Multiple Sclerosis. She was born in Hammond, Indiana on February 18, 1958, to Calvin and Ann Edstrom. She lived many places before moving to Casper, Wyoming in 1981. She married Steven Huss on May 14, 1987, they were married for 35 years.

Bobbi loved to bake. She spent several weeks every year baking goodies for local offices around town. She also enjoyed crocheting, and many will remember her by the scrubbies that she made in many different colors among other crafts.

Bobbi worked many places including Santech, the Natrona County Detention Center, Big Wyoming, and Poison Spider School. She was a lifelong learner and continued to take classes to learn new skills throughout her life. She loved being a grandmother most of all. Her grandchildren were her pride and joy!

In lieu of flowers, donations can be made to Wyoming Independent Living.