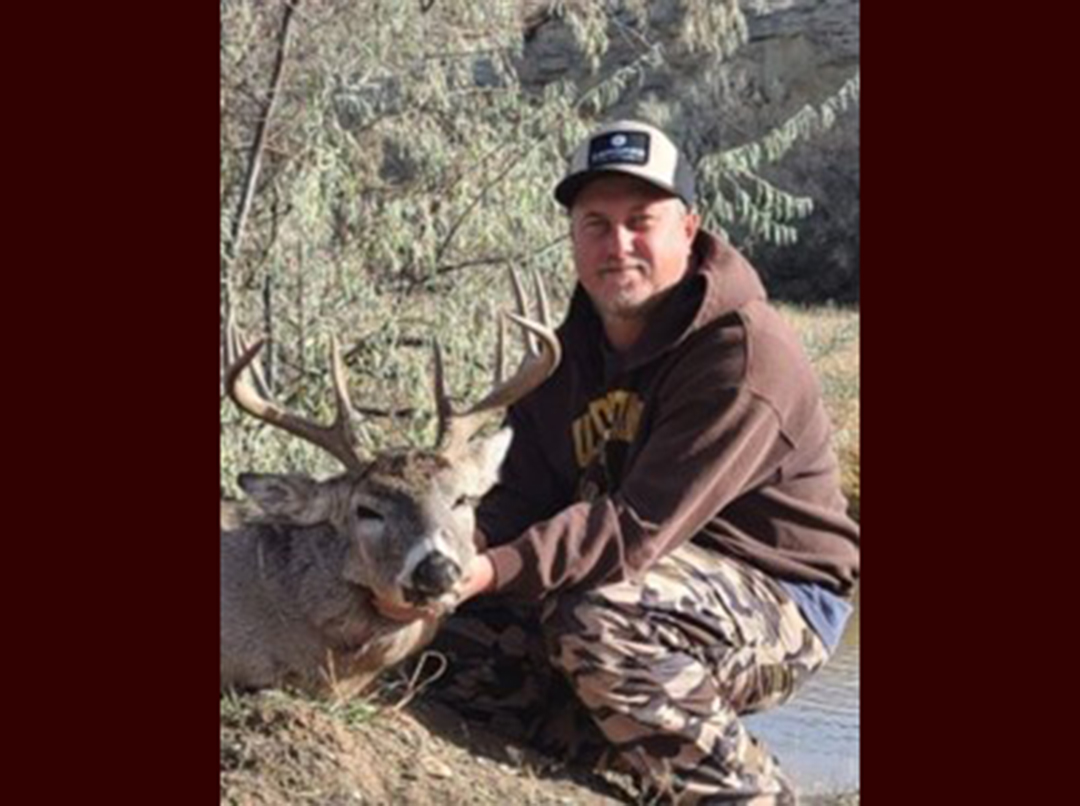 Brice Michael Hayes, 36, of Casper, Wyoming, was welcomed to his eternal home on July 23, 2022. His body overcame his desire to go on.

Brice was born on October 17, 1985, to his loving parents, Rusty and Debra Hayes. He was their fourth child, their last child and their only son. From his beginnings he won the hearts of many. He was the apple of his daddy’s eye, the warm place in his mother’s heart, the new baby for his oldest sister, and the soon-to-be new tagalong for his other sister. His family loved/loves him back just as deeply as he loved them.

From an early age, Brice loved anything to do with a ball, outdoors and helping his family and friends. Brice found a love for playing baseball when he was young. Brice played baseball all the way through high school, with his dad often being one of his coaches. He was born with a natural throwing arm.

Brice also loved the outdoors, especially hunting and fishing. He first started to go hunting with his dad and mom, but as he got older he went hunting with other family, friends, co-workers — heck, anyone that wanted to go! He loved the excitement of the “hunt.” He enjoyed looking for the “big one,” or the one with the nicest rack. Other than the love of hunting, was fishing. He enjoyed being out on the water in his boat trying to catch the next “Toad,” that would become his newest “Fisherman Tale.”

Almost always he had his dogs, Moxie and Bentley, with him, especially while fishing.

Another of his passions was his family and friends. He would do anything for them. He would drop whatever he was doing and run to the aid of the loved one. Hardly anything else besides catching a trophy animal made Brice happier than helping a loved one. He always came back from his service with the biggest ear-to-ear grin on his face, a sparkle in his eye, and full of giddiness to tell his story. He was a loveable, friendly, everyone’s-friend of a man.

Brice grew up in Casper, Wyoming, and never left the place. He built his life here because that’s where his family and friends were at, and he wanted to always be there with them, plus it was a great location to many great hunting and fishing spots. He graduated high school from Kelly Walsh in 2004.

After graduating high school, he found a career and niche at Sheet Metal Specialties, where he labored at since. He worked his way from apprentice to master in Sheet Metal and HVAC — “Tinner.”

Many of his close friends are from his work family. Brice will be missed and continued to be loved each day by Kristen Moyer, his life partner and other human; his stepdaughter, Cierra Davis; his beloved parents, Rusty and Debra Hayes; his older sisters, Paralee (Brandon) Stewart and Aunkia (William) Fowler; his niece, Teagan Fowler; and his nephews, Tyler, Anthony, Taggart, Tavish Fowler, Keiffer Carpenter, along with Drew and Wyatt Stewart. Many uncles, aunts and cousins will miss him too.

Brice will not be forgotten by those who loved him and will be missed by many each day. You were tough on the ones you loved. You were a compassionate man with a heart so big to love so many others. Till we meet again. Enjoy the endless fishing, hunting, grandma’s noodles and nut rolls. Love you always and forever.

Marie was an active member of Evansville Baptist Church, a member of the Elks Lodge. She loved to go fishing, play bingo, and loved Elvis.

Gary Leon Stokes passed away at his lakeside home with his beloved wife, Vivian, on July 23, 2022. Gary was born on June 16, 1944, in Powell to parents Virginia (Jean) and Wilbur (Sonny) Leon Stokes. Gary became a big brother to his sister and best friend, Barbara. As siblings, they shared a nomadic lifestyle following drilling rigs across the Rocky Mountains and many adventures with their cousins (Jay, Tim, Lynne, Robyn) in Lovell hauling hay, building fences, and moving and feeding cattle. As a child, Gary worked alongside his admired Dad, throwing chain while standing on a Hughes bit box on the drilling rigs.

Gary graduated from Hot Springs County High School in Thermopolis in 1962. That fall, he joined the Navy (1962–1966). After boot camp in San Diego, Gary attended Aviation Fire Control Electronics School in Millington, Tennessee. Upon graduation as Class Honor Man, he was transferred to Miramar Naval Air Base in San Diego, and assigned to Fighter Squadron VF142 (the Ghost Riders). Gary became a crew leader working on the F4B Phantom Jet. He served two tours to the South China Sea during the Vietnam War and his carrier group was involved in the battle of the Gulf of Tonkin that started the escalation of the war.

Upon completion of his service commitment, Gary used the GI Bill to earn degrees in Education and Mechanical Engineering at Northwest Community College and the University of Northern Colorado. It was at NWCC that Gary met the love of his life — Vivian Becquart. After a whirlwind romance of 10 days, Gary and Viv were engaged and married on September 5, 1970, in Cody. Gary was hired by Eastman Whipstock as an oil field well surveyor and directional driller. The couple relocated to Casper, where their daughter, Leigh Andrea, and son, Justin Sonny Leon, were born and raised. Gary worked for Demco/Cameron Valve and retired as the Rocky Mountain District Manager after 34 years of service.

Gary and Viv retired to their lakeside home at Alcova and were active members of the Casper Boat Club. Gary was elected to the CBC Board and served as Commodore (1995, 2005) and as President of the Alcova Lakeside Estates Property Owners Association for 12 years (1998–2009). Gary was preceded in death by his parents and his son Justin. Gary is survived by his wife Vivian; dog Mojo; daughter Leigh Stokes Shaw (Garth); grandchildren Hannah and Liam; sister Barbara Van Vuuren (Alan) and nephews Mike (KaLani), Scott (Beth), and Todd (Anders) Van Vuuren; brother-in-law Paul Becquart (Diane), niece Brenda Glode (Jimmy) and nephew Brian Becquart (Shannon); and many beloved cousins and longtime friends. Gary was a giant of a man who will be missed by all who were lucky enough to know and love him.

A celebration of life will take place at Alcova later this summer.

Raymond was born in Lewistown, Montana, and graduated from Fergus County High School in the class of 1956.

He served in the National Guard for eight years and was Honorably Discharged as Sergeant and Master Marksman.

Ray moved to Casper in 1956, where he met his wife Patricia of 64 years, and they made Wyoming their home. They had five children: Raymond, Jr. — who passed away shortly after birth in 1958 — Terry, Christine, Alan and Gary.

Raymond’s hobbies included model airplanes, scale-model railroad sets, hunting, fishing, and finally beekeeping, which led to their popular and successful business, The Wyoming Honey Co., from 1978 until they retired in 2010.

Services will be held at a later date.