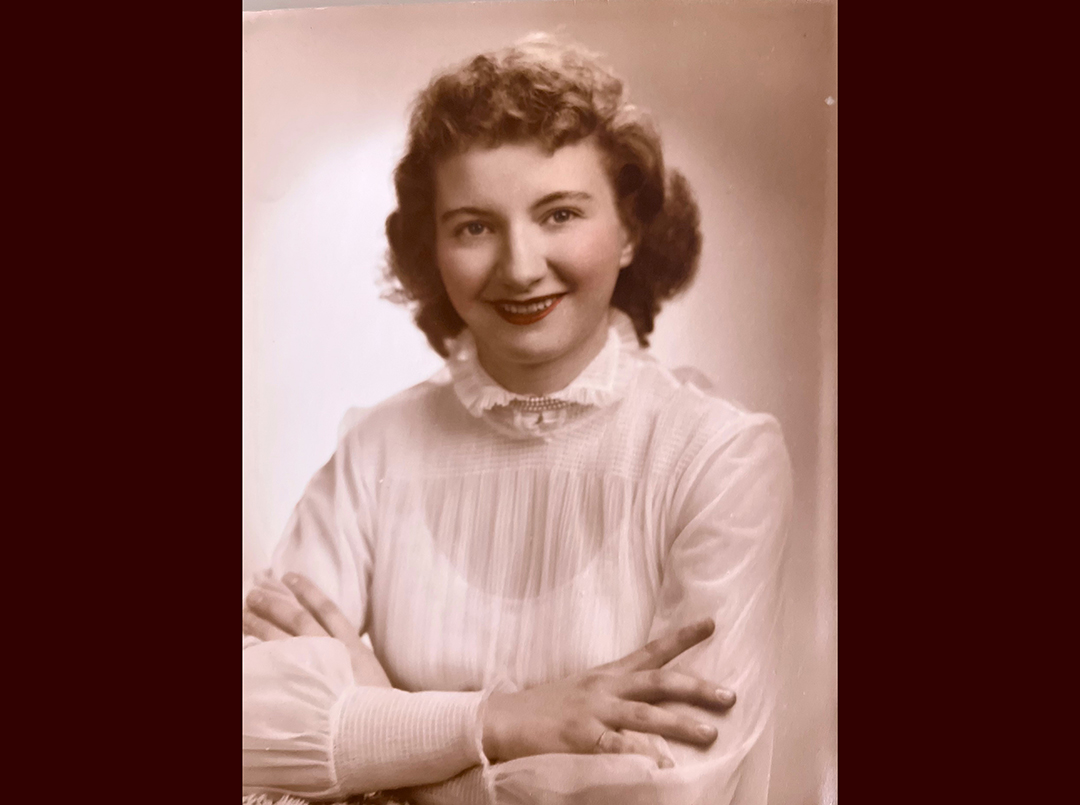 Home. Where each lives for the other, and all live for God. On August 2, 2022, angels appeared to escort Elizabeth M. “Betty” Hess to be with her husband, George J Hess, in heaven. She was 89 years old.

Born May 26, 1933, in Brooklyn, New York, to the late Harold and Elizabeth Morton, Betty had a choice to pursue a professional singing career or have a family. Betty chose family. She married George Hess on April 17, 1955, in New York. George’s work took them to several different states. They finally settled down in Green River, Wyoming. Betty was an exceptional wife and mother. She cared deeply for her family, and she supported George as he built up his general contracting company.

Betty was passionate about her faith and love of God. She was very active with religious education at Immaculate Conception Catholic Church in Green River. Even though she did not become a professional singer, Betty continued to share her beautiful voice in the church choir. People will remember her most for singing “Oh Holy Night” at Christmas Mass and Ava Maria at Easter Mass.

Memorial contributions may be made to Parent Project Muscular Dystrophy in honor of Betty’s great-grandsons, Bain Hess and Atlas Rabon.

Suzanne A. Badten was born in North Bend, Washington, to Emil and Thelma (Mueller) Sorensen on September 18, 1932. Suzanne passed away in Milwaukee, Wisconsin, on December 9, 2021.

She graduated from Mount Si High School in Snoqualmie, Washington, in 1949. Suzanne found love when she met Eugene L. Bush, who was originally intended as a double date for a friend of Suzanne’s. Eugene and Suzanne married in 1950. They both worked on a road construction crew, where Suzanne drove a dump truck; road construction took them to Montana and then to Casper in the mid-1950s.

Eugene and Suzanne had three children: daughters Linnea, born in 1952, and Judy, born in 1954; and son Eugene “Gino”, born in 1956. Suzanne was a homemaker until her children were older, at which time she accepted a position at WESC Federal Credit Union, where she worked until her retirement.

The family loved to spend time at the lake boating and watching Eugene water ski. Suzanne often sewed matching bathing suits for Eugene and herself. The couple also enjoyed square dancing at the Maverick Square Dancing Club. Suzanne was an omnivorous reader of fiction and non-fiction as well as solving crosswords. She was a volunteer income tax preparer for many years at Casper College.

Suzanne found a passion in genealogy. She traveled to Norway and Latvia as well as a yearly trip to Salt Lake City, Utah, to research her ancestry.

Suzanne was widowed in 1994. In 2000, Suzanne reconnected online with childhood next-door neighbor Norbert Badten, after losing touch when Norb enlisted in the Army and fought at Normandy in World War II. As young teenagers, Norb and Suzanne implemented their own telegraph line between their houses to talk in the evening. Once reconnected, it took only six months for them to marry and for Suzanne to move to Wauwatosa, Wisconsin, with Norb. They honeymooned in France and other European countries. Suzanne enjoyed rock hounding with Norb and dove into her genealogical research. She became a member of the Ohio Valley Historical Society, among other organizations. Her estate maintains a fleet of file cabinets full of Suzanne’s genealogical research — some of which is slated for inclusion at the North Bend Historical Society in Washington, where her mother’s family homesteaded.

Suzanne’s generosity was featured in an article on WauwatosaNow when she — at 83 years of age — gave away two large hanks of her hair she wanted donated to the World War II war effort in producing weapon sights. Read the story here: https://archive.wauwatosanow.com/news/wauwatosa-woman-donates-hair-to-good-cause-70-years-after-it-was-cut-b99535714z1-315354991.html.