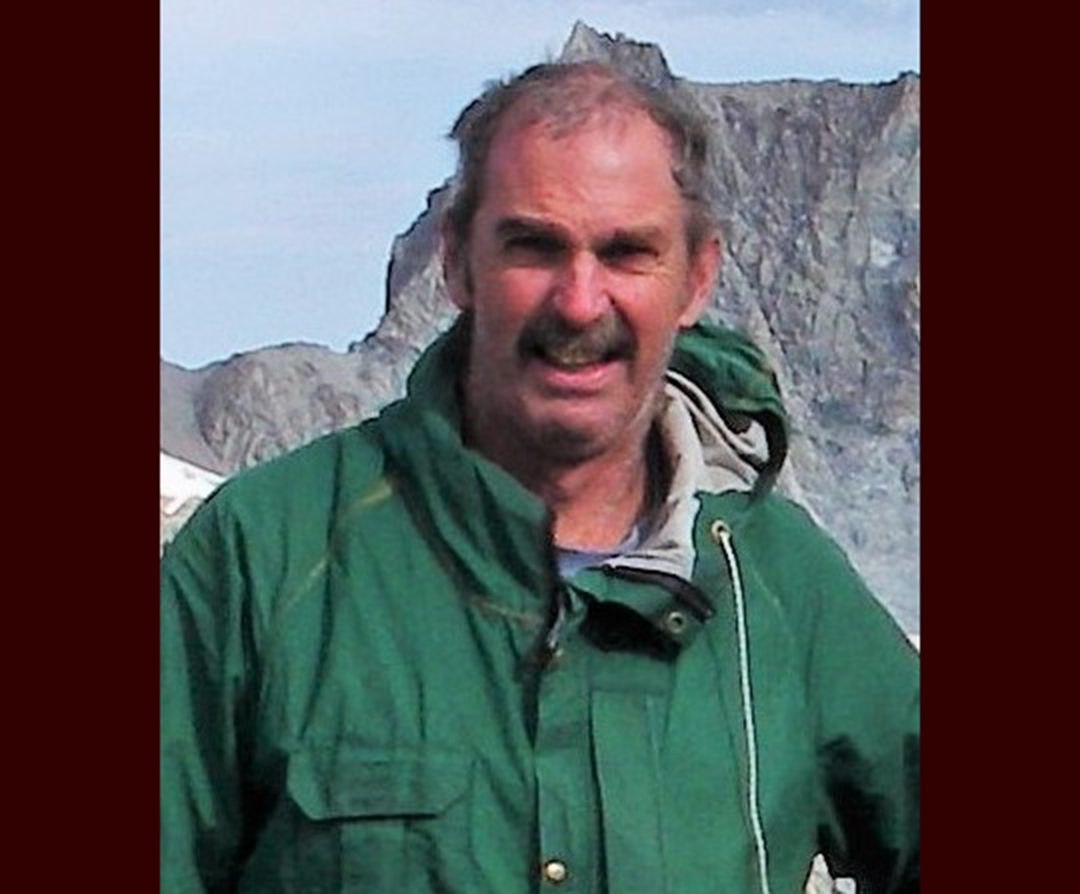 Jon summitted Denali in Alaska, Aconcagua in Argentina, and Elbrus in Russia, as well as many smaller peaks. He only rarely hired guides. He spoke excellent Spanish and a little Russian, and made his way on his own with a few chosen companions.

Jon was the first full-time immigration lawyer in Wyoming, offering assistance with green cards (work permits), naturalization, and defense against deportation. As he liked to say: “In 20 years of doing immigration law in Wyoming, I’ve worked with someone from every country on earth. And most people in America don’t even know where Wyoming is!”

Jon Brian Huss was born March 16, 1957, in San Mateo, the second of three sons born to Barbara Springston Huss and Marvin Huss Sr. His father’s job in sales had the family moving many times, to various California locations and then to Kansas City, where Jon attended high school, and finally to the Boulder, Colorado, area.

Jon’s mother Barbara saw his talent for languages and made it possible for him to work and study in Mexico and in Ecuador, where he spent a summer giving vaccinations to villagers in the coffee fields. He attended Williams College in Massachusetts; came home to be with his mother after her devastating divorce; and after a day or two working in a Colorado oilfield went back to college at the University of Pennsylvania.

As a freshman at Williams, Jon had been recruited to the rowing team. He went back to school at Penn on an athletic scholarship. An excellent oarsman, he was chosen to represent the U.S. as a member of the eight-man boat at the 1980 Summer Olympics in the USSR; that ended when President Jimmy Carter withdrew the U.S. from the competition in protest of the 1979 Soviet invasion of Afghanistan. Jon was nonetheless a lifelong Jimmy Carter fan.

A close friend from college encouraged Jon to come to Wyoming after graduation to work for the Powder River Basin Resource Council. He liked Wyoming, and has lived here ever since. He met his future wife, Anne MacKinnon, then a reporter for the Casper Star-Tribune, while he was working for Powder River — “For a little while I was newsworthy!” he said.

Frustrated at having to “stop at the courthouse door” when pursuing natural resource issues for Powder River members, he went to the University of Wyoming College of Law. A fine scholar, he studied classical Greek at UW while attending law school (he explained that he hadn’t had much time for academics when he was on the college crew, so he wanted to make the most of his time at UW). Top of his class, he became editor of the law review and went on to clerk for U.S. District Court Judge Clarence Brimmer in Cheyenne. He then took a job with the law firm of Brown, Drew, Massey and Sullivan in Casper, having a few years earlier married MacKinnon, who was based in Casper.

Jon had learned mountaineering while in college, and he made time to take himself up the major mountains. He loved getting to the heights in any place he visited — and on those big mountains, he loved both the challenge and the view: across the clouds, all the way to the Pacific from the top of Aconcagua, for instance.

Not neglecting other sports, he bicycled the roads over mountain passes in Colorado, kayaked the Grand Canyon twice, and raced in local triathlons. On long bicycle rides he memorized poetry he taped to his handlebars.

In 2000 Jon left the law firm, went with his wife and young son to Bolivia for six months, and came back determined to help people, opening up his one-man immigration law firm in Casper. He was known to make house calls to clients all over the state. He made people laugh when they were scared speechless in the immigration processes, and when possible he got them through it all so they could live and work in the U.S. and raise their families here.

Big, strong and thoughtful, Jon went sure-footed through the world. He traveled with his wife and son to many places: Chile, Argentina, Bolivia, Peru, China, Nepal, Turkey, Germany, the Czech Republic, Slovakia, Hungary, Romania, Bulgaria, and New Zealand. He tended to be looking for mountains most of the time. His humor, energy and commitment powered his family. He welcomed retirement for more travel and more fun.

He is survived by his wife of 35 years Anne MacKinnon of Casper, and his son Ted of Jersey City, NJ; his mother Barbara Anderson of Longmont, CO; his brothers Ian (Lisa) Huss of Colorado Springs and Marvin “Bif” (Ceil) Huss III of Colorado Springs; his father Marvin (Sally) Huss, Jr. of Colorado Springs; and numerous nieces, a few nephews, many great-nephews and a few great-nieces.

Donna Lee Wagner, 58, was born to Walt and Lynn Miller on July 20, 1964. Donna passed from us on Sunday evening, August 7, 2022, after a long, courageous battle with diabetes resulting in kidney failure.

Donna was born in Los Angeles and raised in Santa Maria, California. She attended Ralph Dunlap Elementary, Lakeview Junior High, and Righetti High School. She started her career in California at Target, where she would later transfer to Casper, Wyoming, after meeting the love of her life, James Wagner, in 1999. They later got married in March of 2000. Donna remained at Target for 22 years but found her passion at Natural Grocers in 2011. She adored her customers from Natural Grocers; they were her reason for coming to work every day.

Donna was known to have many collections and interests. Her most extensive collection was anything that had to do with the Muppets. Still, she also loved anything that had to do with Batman. Donna also enjoyed drinking the occasional beer, her favorite being Firestone DVA. Donna loved going to the rodeos in Casper, where she would cheer on the Cowboys and Cowgirls from CalPoly at the college rodeo while everyone else would cheer on the real Cowboys and Cowgirls from UW. She would have said baseball if you asked Donna what her favorite sport was. The only catch was it had to be live and in person; Casper and Colorado Rockies were her two favorite teams to watch. Donna’s favorite place in the world was Pismo beach and feeding the ducks at Waller Park. One favorite pastime will be the hundreds of movies Donna, James, and Ari went to, as Donna was a big movie buff. Her laugh was loud and contagious, and she was unapologetically herself, but most importantly, she loved fiercely!

Anyone who knew Donna knew that she could probably outshop you. She loved to shop and could do it at a bargain. Her favorite quotes were, “If it’s free, it’s for me” and “Winner winner, chicken dinner.” Donna loved to go back home to visit family, where she would take her sister to the Doll Show for her birthday. Get Donna and Bobbie together, and the shopping bags would start to multiply instantly.

Even though she had many friends and family in Wyoming, her funeral will be held back in her hometown of Santa Maria, California, with family.

In lieu of flowers, please donate to American Kidney Fund.

Donna will be missed dearly by her friends and family.

– I love you more