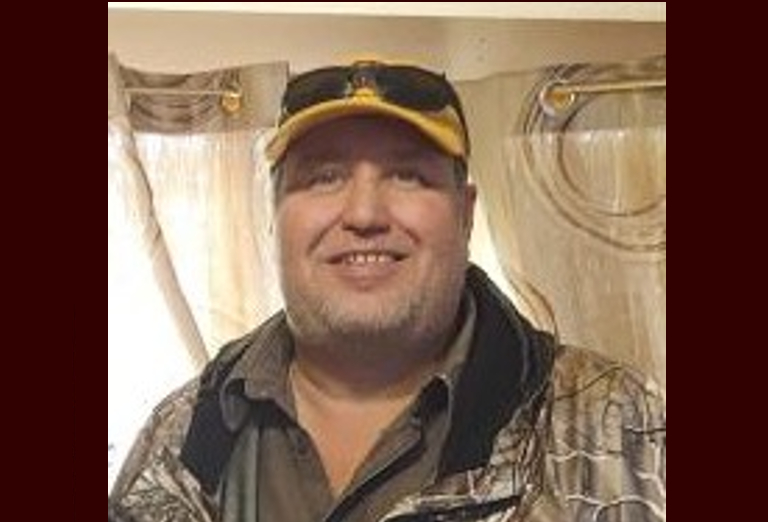 He leaves to cherish his memory his parents John and Clara; sister Cathy; brother Adam (Vivian); nephews and niece Matthew (Juvia), Dylan, and Morgan (Elijah); aunts Lucy and Sue; uncles Billy and Raymond; and many other relatives, friends, and co-workers who will miss him dearly, including his best friends Grady and Velvet.

A memorial service was held in Casper at Wolcott Galleria on Friday, Aug. 19. Another memorial will be held in Pueblo, Colorado, at a later date.

Condolences may be left at www.simplycremationofcasper.com, where a full obituary is available.

Erica Marie Azure (Smilie), 42, passed away Monday, Aug. 8, 2022, from cancer at Campbell County Memorial Hospital surrounded by her loving family and friends. She was born in Casper, Wyoming, on Oct. 18, 1980. She was the oldest of three children born to Eric and Ginger Fleming. She was raised in Casper and Las Vegas, Nevada, and graduated from high school in Wyoming. She married the love of her life, Patrick Scott Azure, on Nov. 14, 2008, but celebrated 18 years of happiness together.

She and her husband, Scott, were heavily involved with the Affiliates Motorcycle Club in Gillette, Wyoming. Erica lived by the motto “Be strong. You never know who you’re going to inspire.” Throughout her life she never met a stranger; loved camping, fishing, riding her side-by-side and motorcycles, tie-dye, and glitter; attended all types of concerts with family and friends; and was a connoisseur of “Colorado cigarettes.” She was a fierce fighter of cancer and a supporter of patients who were also fighting the disease. She also helped organize fundraisers to help others during their cancer fight.

Preceding her in death were her grandmother Lois Weber of Casper, uncle Byers Allen Fleming III of Casper and aunt Carita Landess of Casper.

Cremation services were provided by Gillette Memorial Chapel. A funeral service was held Saturday, Aug. 20, at Church at the Barn, 2 W. McKenzie Road in Gillette, with Mike Morrison officiating. Reception was held afterward at the Sundance Lounge, 1020 U.S. Highway 14-16 in Gillette.

In lieu of flowers, donations may be made to the Northeast Wyoming (NEW) Community Health Foundation’s Cancer Care Committee at www.newcommunityhealth.org or 307-257-7057.

She was the daughter of Martin and Faye (Smith) Eggert. She grew up in Casper and graduated from Natrona County High School in 1955. She was always very interested in Theater Arts and was active in Casper’s Little Theater.

Sally worked summers for her aunt and uncle, the Evensons, at “The Bright Spot” in Hiland, Wyoming. She attended Denver University before transferring to San Francisco State College, where she graduated. After meeting Dan Sullivan in college, they both joined a touring production of “The Wizard of Oz.” She was in a musical production of “Take Me Along,” where she appeared with Dan Dailey.

Sally also performed in children’s theater companies and worked for regional dinner theaters, running stage lights for performers including Bobby Darin, Ray Charles, Tony Bennett and the Righteous Brothers. Sally and Dan were married in 1962 and welcomed their daughter Megan into their lives in 1964. In 1966, they moved to New York City to join the start-up Repertory Theatre of Lincoln Center. She lived in NYC for the next 15 years and was employed by the United Methodist Church and the Church World Service of the National Council of Churches.

She met James Maier in 1972 while working there and they were together for the rest of her life. In 1981, Sally and James moved to Denver. Sally was employed as a legal secretary at Holme, Roberts and Owen until she retired in 2002. She served on the board of directors for Changing Scene and directed, performed, and ran lights at Changing Scene for many plays at their theater in downtown Denver.

Sally was predeceased by her parents Martin and Faye Eggert and brother Tooey Eggert, all of Casper.

She is survived by James Maier of the Denver family home, her sister Martinelle Clapp of Denver and her daughter Megan Sullivan of Seattle. Sally is survived by many loving cousins, nieces and nephews in Casper and throughout the U.S., as well as John Maier and Jerome Maier, and their families, of New York.

Elaine Ruth (Larson) Skatrud, age 91, passed away peacefully on June 12, 2022, at Sage Living in Jackson, Wyoming, where she resided the last three years, allowing her to live close to her daughters and their families.

Elaine was born to Kenneth G. and Josephine (Wiegert) Larson Sr. on April 19, 1931, in a farmhouse outside Cato, Wisconsin. She graduated from Lincoln High School, Manitowoc, Wisconsin, in 1948 and St. Olaf College, Northfield, Minnesota, in 1952.

Elaine married Dale Skatrud on Dec. 27, 1952, at Gjerpin Lutheran Church near Valders, Wisconsin. During their 59 years of marriage they lived in St. Paul, Minnesota; Conrad, Harlowton and Libby, Montana; Casper and Jackson, Wyoming; and Moorhead and Edina, Minnesota.

Elaine taught junior high home economics and Dale was a Lutheran Pastor (ELCA). Everywhere Elaine went she was known for sharing her many homemade Scandinavian treats. Elaine was active in the Lutheran Church her entire life. She taught Sunday School, Vacation Bible School, and Bethel Series, and served as a Stephen Minister for years, bringing comfort and care to others within the church and beyond.

Upon retirement, Elaine and Dale began their travel adventures, which included visiting family and traveling to many vacation spots around the country, Mexico and Canada; and driving to many places to watch grandchildren take part in school, club, and college activities and sporting events. They were both passionate skiers and spent 11 winters of their retirement working and skiing at Jackson Hole Mountain Resort. Both had a tremendous curiosity about the world in general, and the history of Christianity in particular, which they were able to explore during trips to Turkey, Italy, Israel, Egypt, Tanzania, Norway, Greece and teaching English to children in China.

Elaine was preceded in death by her parents; her loving husband Dale; her brother Kenneth “Junior” E. Larson; her brother-in-law Ralph Skatrud; and her sisters-in-law Irma Skatrud, Marilyn Skatrud, and LaVerne Larson.

A graveside service was held at the West Valders Cemetery on Saturday, July 30, 2022. In lieu of flowers, donations can be made to ELCA World Hunger or donor’s choice.