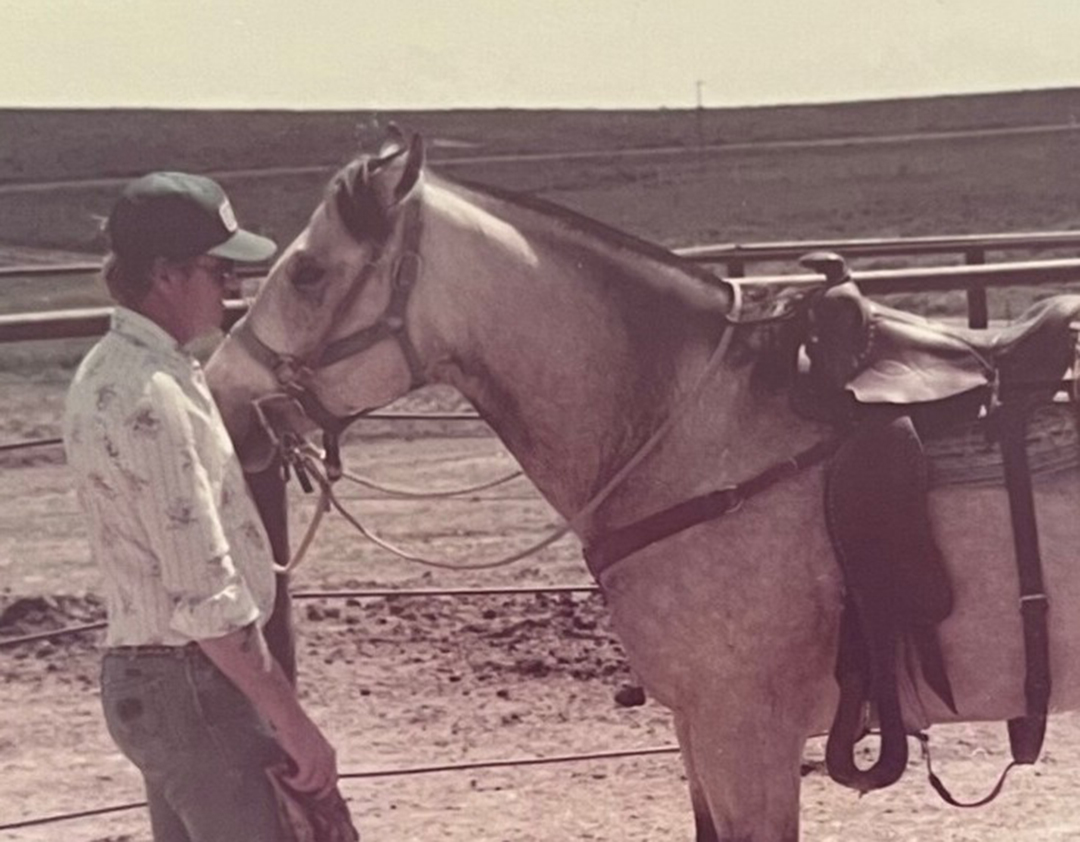 Oscar “Dean” Metcalf went to be with his heavenly family in the early morning hours on September 9, 2022. He was able to pass quietly at home. Just as he held his daughter when she came into this world, she held him as he left it.

Dean was born August 15, 1946, in Douglas, Wyoming, to Dorothy Jean and Oscar Blaine Metcalf. He was the youngest of 3. He grew up mostly in Casper, attending first Dean Morgan Junior High, then Natrona County High School. He graduated in 1964, then enlisted in the United States Navy in July of 1967. He spent most of his enlisted time aboard the U.S.S. Kittyhawk during the Vietnam War. He was given an honorable discharge in May of 1976. During that time he married Phyllis, and they had two daughters, Tammy Kay in 1966 and Dawn Marie in 1970. They later divorced.

He settled back down in Casper, and married Wanda Jean in June of 1978. Together they had two children, Michael Dean in 1979 and Deanna Jean in 1984. Although Dean and Wanda divorced after 20 years of marriage, they remained lifelong friends.

Dean loved his family and his horses, and he was an avid hunter, fisherman, and horseman. He never backed down from a challenging horse, even when others thought it was crazy; he was fearless. Although he was an electronics technician in the oil business by trade, he was horse trainer at heart.

Because Dean was a cowboy through and through, his family has chosen to dress in western wear and invites attendees to do the same. If anyone has stories to share or would like to speak but are a little shy, the officiant has agreed to read letters from friends and family.

Dean was preceded in death by his parents Dorothy and Oscar, his son Michael Metcalf and infant daughter Dorothy.  He is survived by his daughters Tammy, Dawn and Deanna; his sisters LeEtta and Dorothy; and numerous grandchildren.

A memorial service with military honors will be held at 2 p.m. on Saturday, September 17, 2022, at Bustard & Jacoby Funeral Home.

She was born on June 20, 1941, in Maryville, Missouri, to Arthur and June Reynolds (née Hoskins). Linda was the oldest of three girls, and her early years were spent moving around Nebraska and Minnesota. When Linda was in the third grade, her father accepted a position as a professor at Colorado State College (now the University of Northern Colorado) and relocated to Greeley, Colorado.

It was also in third grade that Linda was first introduced to the piano, which would be an enduring love for her. Throughout junior high and high school, she was the accompanist for the glee club and played the graduation march at her 1959 graduation ceremony from Greeley High. She attended Colorado State College, majoring in elementary education and working in the college library.

While Linda was raised Methodist, she converted to Catholicism in 1962, which would also become an enduring love. On August 18, 1962, she married Frank Kettl in a morning ceremony at St. Peter’s Catholic Church in Greeley, and in the afternoon, the couple moved to Casper, Wyoming, where she resided for 60 years. She promptly questioned this decision after first experiencing the Wyoming wind! She spent the next 18 years enjoying being a mom to the loves of her life, Mary Michelle (1964), Karen Renee (1968) and Sandra Kathleen (1969); finishing her degree; and starting her career in teaching. In 1980, while in the process of divorcing, Linda learned she was receiving what she called an “unexpected blessing,” her youngest daughter, Stephanie Marie (1981). She inherited two more children with the addition of a daughter-in-law, Julie Beck, in 2013 and son-in-law, James Scoon, in 2016, whom she often admitted were her favorite children.

Linda was a teacher for the Natrona County School District for 28 years, having taught kindergarten, first and third grades at University Park, Park and Pineview Elementary Schools. She loved fostering a joy of reading and music in her students while still having the flexibility to be a single mother. When she was not teaching, Linda could be found at Saint Patrick’s Catholic Church, where she was the pianist and eventually the director of the music ministry for over 30 years.

Linda had a quiet, fierce strength with a generous heart and raised four fiercely independent daughters. Throughout all of life’s challenges, she kept a smile on her face and a witty, but subtle, sense of humor! She dedicated her life to her role as a mother and teacher and her Catholic faith. Her passing leaves a hole in our hearts and in the universe, but there is comfort knowing she is at peace with her Lord.

A funeral mass is planned at St. Patrick’s Catholic Church on Saturday, October 15 at 10:30 a.m. with a small reception at the church to follow. In lieu of flowers, donations would be appreciated to Meals on Wheels, the Alzheimer’s Association, local hospice, humane society, or a charity of your choice in Linda’s memory. Linda was also an avid believer in blood donation: As she said, “Donating blood was a way I could give back when I couldn’t afford to give financially,” so it would be an honor to have a donation at your local blood bank in her name.

We are honored to be her daughters and to have had her light the way for our lives. We will do our best to continue her legacy and look forward to the day we can be reunited with her. We are also incredibly grateful for the support and love that the community has shown us throughout this difficult time.

Clinton Hopkins was born in Sundance, Wyoming, to Donald and Alice Hopkins on May 14, 1949. He attended Bellingham High School in Bellingham, Washington, and graduated in 1967. Inspired by his older brothers, he went on to enlist in the Army and served in the Vietnam War. He was also stationed in Germany and Korea before retiring from the Army as a Sergeant First Class after 20 years of service. Following his Army retirement, Clinton became a Central Service Technician and worked at Good Samaritan Hospital in Puyallup, Washington, and the Wyoming Medical Center in Casper, Wyoming, where he especially enjoyed joking with colleagues and watching complex surgeries.

Clinton developed a love for motorcycle riding and family trips where he could take in the beauty of the country. In his later years, Clinton loved volunteering at the Casper Senior Center and brought smiles and laughter to all with his humorous T-shirt collection. He was a member of the bowling and dart leagues for the company of his teammates (not his scores!). He was an avid card player and enjoyed a weekly pinochle game. Clinton also developed a delicious cinnamon roll recipe. He was lovingly known as “Grumpy” by his grandchildren.

Clinton is survived by his daughters Marissa Secreto and Melissa Brough; his adopted sons Jun Laureta and Rommel Laureta; his sister Deborah Knox; his nine grandchildren; and countless nieces and nephews. He was preceded in death by his father Donald Hopkins, his mother Alice Hopkins, his sister Janet Scott, and his brothers Ronald Hopkins and Larry Hopkins.

While no funeral or memorial service is immediately planned, the family will notify loved ones when a celebration of life is scheduled in the future.

If you’d like to honor Clinton, the family asks that donations be made to Central Wyoming Senior Services.