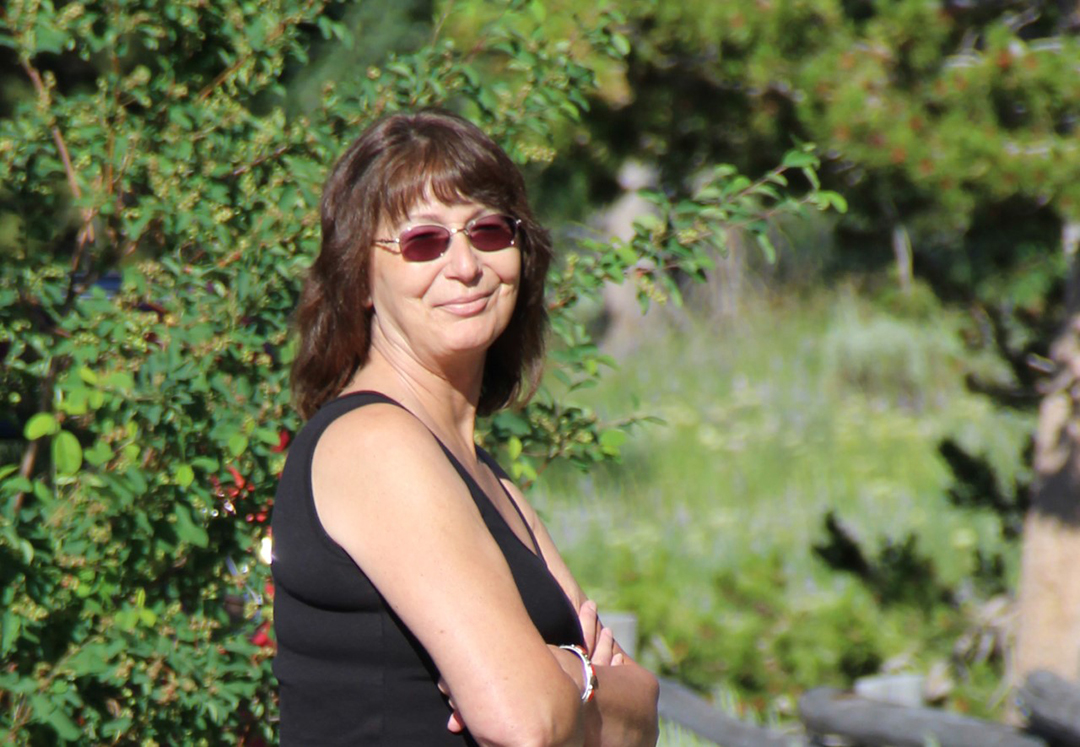 The Bowden and Wolfe families formerly of Casper, WY sadly announce that Joyce R. Bowden passed away from complications of COPD on November 19, 2022 in Kingman, AZ.  Joyce was born at Wyoming Medical Center, Casper, WY on March 23, 1952 to Jack and Pauline Wolfe.  She attended local elementary schools and then graduated from Kelly Walsh High School in 1970.  Joyce married James (Jim) Bowden on December 20, 1973 in Casper.  The Bowden’s raised two sons in Casper; Andrew and James.  Andrew now lives with his family in Thornton, CO.  James moved to Kingman with the family.

Joyce was an avid outdoors person.  She and Jim took many snowmobile trips around the state. She also enjoyed fishing in many lakes around Wyoming.  These activities took a back seat though when she gave birth to Andres (Andy) on June 27, 1974 and James on November 9, 1978.  Andy gave Joyce and Jim a Granddaughter Corrine and a Grandson Holden as well as a step Granddaughter Lexie.  Joyce loved her grandkids immensely.  When Corrine was finally old enough to spend time in the summer with Joyce and Jim, they took her on trips around Wyoming and neighboring states.  These were times deeply treasured by Joyce and Jim.

Joyce always loved all things Native American; she amassed a large collection of Native Indian art, pottery and artifacts.  Her close friend, Dianne (Parks) Siri accompanied Joyce on many garage and rummage sales where Joyce found so many treasures.  Joyce was so excited with her new home in Kingman because of the ledge built below the ceiling around the living room and the kitchen that allowed her the space to put so many of her treasures on display.  Joyce worked for several years in various antique/collectible stores in Casper.  We all doubted that she made any money because she bought so many things!

Joyce is survived by her husband Jim of Kingman, AZ.  Her son Andy and wife Christina and grandkids Corrine, Holden and Lexie of Thornton, CO.  Her son James of Kingman, AZ.  Siblings Jana Oler and children Keith, David and Dawn and special nieces Andrea Hizer and Jennifer Barnes all in WY.  Jackie Harlow of Phoenix, AZ and her children William Harlow and children Chloe and William of Greybull, WY; Patrick Harlow and wife Jennifer and children Sean, Cole and Jack of California and AZ.  Paula Reid and husband David of Casper, WY and children Davey Reid, Denise Wilson and her son Jakob Wilson and Sandra Arnold and husband Bill and son Cole of Casper, WY.  Ron Wolfe and wife Debbie of Kingman, AZ and children Jeremy and daughter Jaelynn of Portland, OR.  Joshua and daughter Piper of Williamsport, PA.  Jacob Wolfe and children Brody, Emma, and Carter of Lakewood, CO.

Joyce is deeply missed, but we should remember a quote she found and shared:  I smile because you are my family; I laugh because there is nothing you can do about it!

If you wish to honor Joyce please make a donation in her name to the Casper Humane Society or to a non-profit of your choice.  Cards should be sent to Jim Bowden, 3782 Prairieview Dr., Kingman, AZ 86409.  There will be a celebration of Joyce’s life in late June on Casper Mountain.