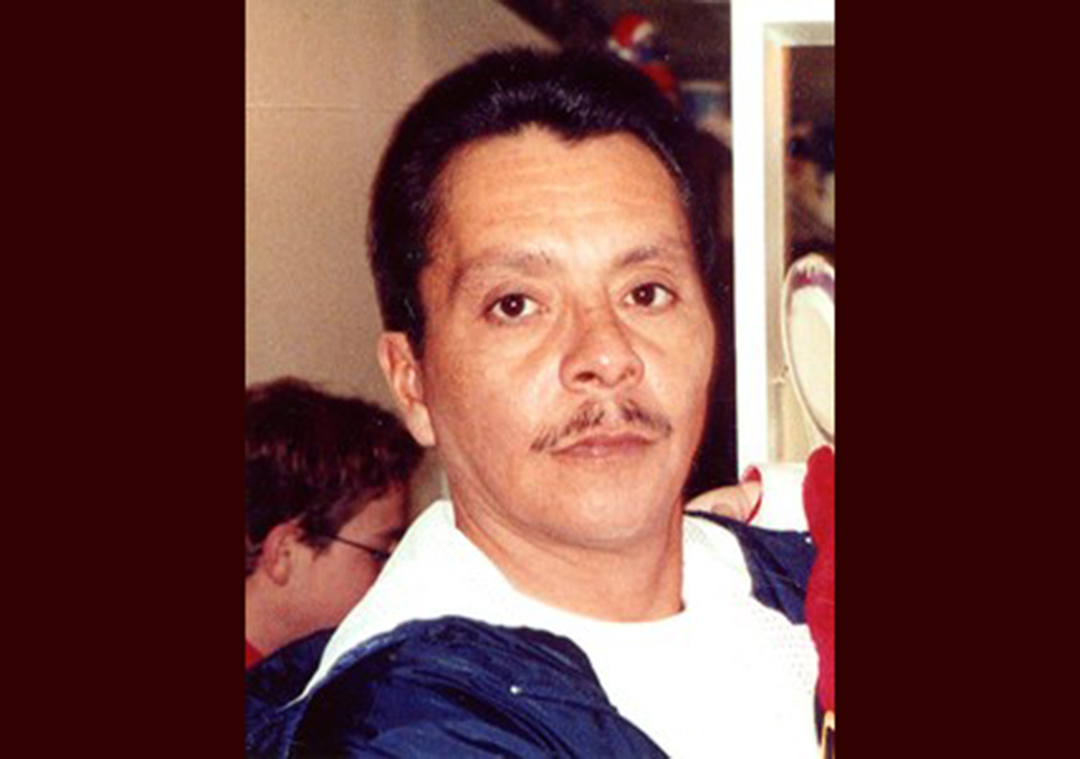 Frank was born on October 28, 1956 to Manuel and Mary Mendoza in Riner, Wyoming.

He is survived by his older brother, Pete; an older sister, Rosalie; four children, Keith, Anthony, Erica and Laura; his life partner, Karla and her two children, Baylee and Ryan; as well as many other relatives and friends.

Frank was a good natured, funny and hard working man. He was also a good and loving father that always had the time and patience for any of his children. If he called you a friend you knew it. He always made the best life whether he was working or entertaining family at a barbecue. He was a well liked and loved father and friend. He will be fondly remembered by all who knew him.

Karla remembers, “He was one of the most smartest men I have ever met. I could ask him almost anything and he would have the answer. He had a very compassionate heart willing to help you. Always had a good story tell, I could sit and listen to him for hours. The love for the family was unconditional. I will never forget you Frankie and feel so fortunate to spend some of my life with you.”

Ronald J. Rickabaugh – loving husband, father, grandfather, and friend – passed away on December 8, 2022 at the age of 68 at Central Wyoming Hospice in Casper, WY following a brief battle with cancer.

Ron was born to John and Phyllis Rickabaugh in Casper, WY. He lived in Douglas until 9th grade when the family moved to Casper, when he met his best friend for life, Mark Pitts. He graduated from Natrona County High School in 1972 and went on to spend 4 years in the Navy. Following the Navy, he worked in the oilfield for Schlumberger and Amoco Production. He proceeded to finish 2 Associates Degrees in Electronics at Casper College followed by 23 years of service to the Burlington Northern Sante Fe Railroad as a signalman, retiring in July of 2019.

Early in his oilfield career he met his wife, Rene Lane. They were married in August 1, 1981 and enjoyed 41 years of life together. They welcomed the joy of their lives their son, Scott, in January of 1990. Family was a priority for Ron and he welcomed Scott’s wife, Kim, with open arms and, of course, those grandbabies, Hadley (now almost 4) and Hayden (2). He called them pure joy!

Through the years, Ron enjoyed taking photos, especially of sunsets, many genres of music, family time, and after retiring, classic cars and camping. He enjoyed a few years with the sports car he always wanted, Pontiac Solstice and even attended the North American Solstice Convention in July 2022 in Rapid City.

Ron was preceded in death by his parents John ‘Rick’ and Phyllis Rickabaugh. He is survived by his wife, Rene’, their son, Scott and wife Kim, of Casper, grandchildren Hadley and Hayden, close friends, Mark and Rhonda Pitts, as well as, numerous cousins and 2 nieces.

In his memory, donations can be made to his memorial fund at the First United Methodist Church of Casper, WY.

Memorial services will be held at First United Methodist Church (302 E. 2nd St., Casper, WY) on Saturday, Dec. 17 at 2 pm with a reception to follow. Interment of his ashes at Oregon Trail Veterans’ Cemetery will be later in 2023.

America Jean Threlkeld (Ray) joined her Lord and Savior on Saturday, December 17, 2022, at the age of 97 surrounded by her loved ones. Jean was born on March 5, 1925, to Thomas and Minnie Ray in Stamford, Texas. She was the fourth child of the Rays’ six children. America Jean lost her mother at the age of 8 — a loss she remembered until her death. She was a devoted sister to her brothers Henry, Dallas, Willis, and Morris and her sister Billie Jo. She often delighted in telling stories of the Ray kids’ antics in Borger, Texas, where they lived. She took great pride in how they all stuck together and how close they were. Though they were separated by miles and the passing of three of her brothers, her smile would light up the room each time she and Morris or Billie Jo spoke on the phone. She was a beloved sister and aunt.

She met Lloyd Jackson Threlkeld, a handsome boy who had moved to Borger from Chicago, when she was only sixteen years old. They married on November 3, 1942, and welcomed their son Jackie Thomas in 1943. Together they weathered World War II, the Korean War, and the death of their beloved son at the age of 10 in a tragic accident.

In 1962 they moved to Casper, Wyoming, and began a new chapter of their lives. Jean’s dream of having children again came true with a son, Daniel Lloyd, who they adopted in 1963. Over the next 4 years, their family grew with the addition of Brenda Jean, Sandra Jo, and Paul Murray. The Threlkeld house was a busy one full of love, laughter and, with four kids stair-stepped in age, a fair amount of squabbles. From volunteering in the school’s office and on the playground, to organizing class parties, sewing Halloween costumes, and using cookie cutters to make fancy sandwiches for school lunches, Jean cherished it all. She was the unshakeable foundation of her family. As her children entered their teen and adult years, she was never too busy to listen to a success, comfort a heartache, or simply hear about the day.

When Jean lost Jack to cancer on December 30, 1988, her children and grandchildren were her comfort. She was blessed with 12 grandchildren whom she adored. From cleaning out her change purse to give one gas money, to going more than a little crazy at the children’s clothing store, and keeping a well-stocked cabinet of “goody,” she loved nothing more than spoiling them. She was always up for a game of Monopoly, Canasta, or Chinese checkers, and she usually won. She would always claim there was no cheating involved, and her smile made it easy to ignore. She shared with them her love for good movies, home-cooked southern food,  chocolate, and cake for breakfast – after all, she said, “It has milk and eggs in it!”

In her later years she was so very proud to have 8 great-grandchildren and was anxiously awaiting the 9th. Though her sight, hearing, and mobility were failing, they brought such joy to her life. From teaching them silly songs, to sharing her love of baby dolls and nail polish, to asking about all their activities, she adored spending time with them. She was born to be a mother, a grandmother, and a gigi.

She was an accomplished cook, loved to crochet, and no daily crossword could stump her. Her love of western movies was legendary. Though her failing health limited her ability to do many of the things she loved, her school-girl giggle and sense of humor never failed, and they were truly infectious. Her selfless nature and unconditional love were her gifts to those around her until the day she passed.

The family would like to express their heartfelt gratitude to Dr. Marjorie Wells who was her devoted physician for over two decades and treated her like a member of her own family. She was always just a phone call away to provide care for America Jean and support for her family.  Jennifer Doyle was a trusted friend, caregiver, and Canasta opponent for many years. Her companionship and love brought untold joy. Finally, the staff of Meadow Winds Assisted Living were a constant comfort in her two final years. They became part of her extended family. They loved her feisty personality and called her Miss America.

The darkness was made bright on December 16 at the home on Poison Spider Road when the Lord called Roger Ziehl from his earthly home.  The two years of pain, weakness and inability was finally ended with his family by his side as the Lord told them Roger was his own at the age of 84.

Roger was born July 21, 1938, in St. Paul, MN to Oswald (Bud) and Lorraine (Lindblad) Ziehl.  He graduated from Wilson High School and attended pipefitting school.  He enlisted in the Army, serving two years and then in the reserves.

He married Ruby Halls in Willmar, MN on April 20, 1963.  A job with the oil rigs in Wyoming brought him and the family, including two sons, to the Casper area in 1969.  The family grew with a baby girl born in 1971.  His second job was working as a volunteer at the Evansville Fire Department.  Roger proved his worth and moved to Little America Refinery in 1970 where he worked for 31 years.

Roger was baptized and confirmed in the Lutheran faith and served the church on various committees. He was active in boy scouts, 4-H and FFA.  He was an avid wood worker and made many cherished gifts for family and friends.

In addition to his love of country, he was drawn to the mountains and took many camping, hunting and fishing trips.  In their retirement Roger and Ruby wintered in the Rio Grande Valley of Texas.  Other travels took them to nearly every state including Alaska and Hawaii and the Maritime Provinces.  International travels included the Panama Canal, many trips to Mexico, a wedding on Manley Beach in Sydney Australia (barefoot in the sand), followed by a trip to New Zealand.

Because there are many organizations that touched the family’s lives, the family requests any memorial gifts be made to the family to be distributed, in the donors name, to these organizations.  The family would like to extend a special thank you to all the doctors and nurses for their care, visits and hugs provided to Roger and the family. A special thank you to Pastor Eldredge and Chaplin Walt.  Memorial service will be held at Prince of Peace Lutheran Church in Casper on Friday December 23 at 11:00am with fellowship to follow.  A private ceremony will take place at the Oregon Trail Veterans Cemetery with military honors.