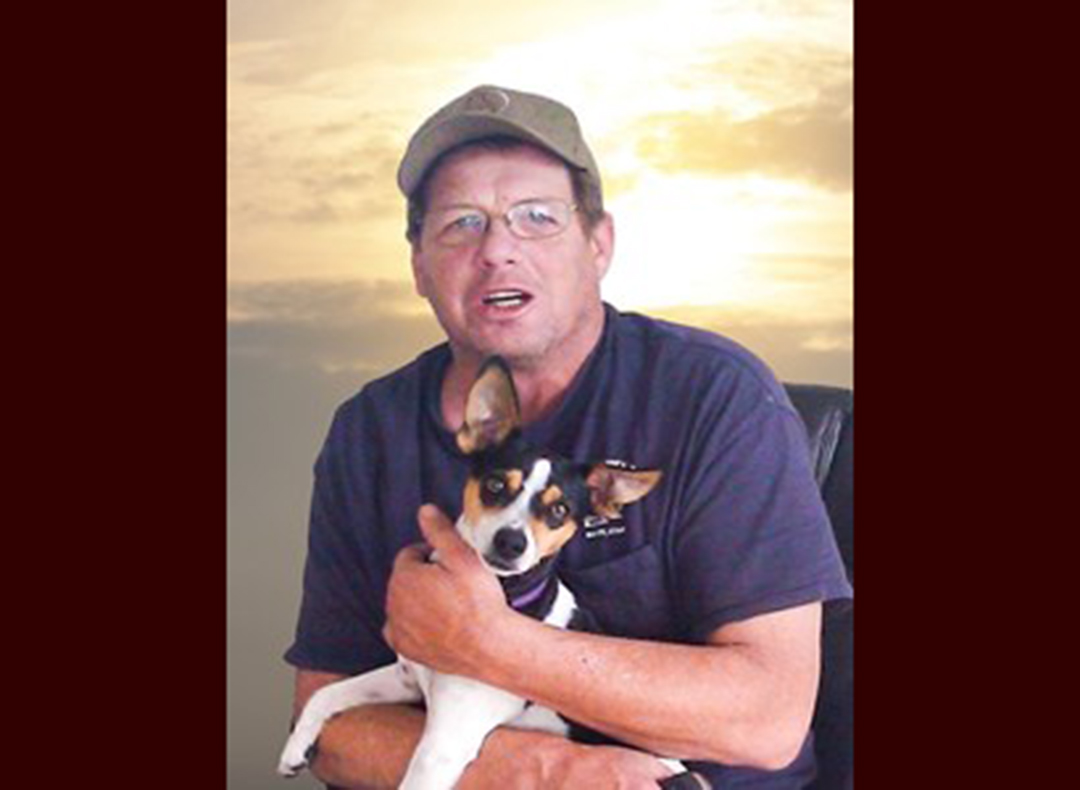 Michael Jeffery Sannes, at age 60, lost his long battle with COPD on December 24th at home in Casper, WY. Michael was born January 8th, 1962 to Frank and Mary Jo Sannes in Sheridan Wyoming. No public services are planned at this time. A small family and friend gathering will be determined later.

Michael lived most of his life in Casper working throughout Wyoming and the Rocky Mountain region. He worked at various jobs in the oil patch culminating in an extended stretch working and managing a Hot Shot business prior to retiring. Michael graduated high school in 1980 and completed several years of higher education at Casper College and the University of Wyoming.

Michael was always one to pitch in to help anyone that genuinely needed a hand. His good nature was accompanied with a quick wit that kept his family and friends entertained in virtually all circumstances. He will be truly missed.

Donations to www.copdfoundation.org, the COPD Foundation in memory of Mike are greatly appreciated.

Robert DiBartolomeo passed away at age 53 on December 16th at the Wyoming Medical Center after suffering from congestive heart failure. Robert (Bob) was born in Decatur Illinois May 25th 1969 to his beloved parents Robert and Twila DiBartolomeo.

Robert was well known for his love of family, friends, motorcycles, and mechanic skills. Robert worked for himself as a mechanic over the years. In his free time you could always find him working and playing on dirt bikes and four wheelers with his wife and kids. Robert loved having barbecues and cookout with his friends and family. Everyone knew if they were in need he was only a phone call away. Robert will be greatly missed by his wife Deborah Dibartolomeo, and four children Shantia Farless, Ava Macejak, Chevelle Macejak, and Matthew Wood Jr and many of his family and friends.

Born on January 27,1985 in Sacramento CA, Joshua graduated from Emmett High School in Idaho in 2003.

At the age of 18, Josh enlisted in the United States Coast Guard, where he served for nearly 8 years and attained the rank of GM2.

Josh was a proud veteran and valued his service highly. As part of his service he received many decorations and citations that include: Coast Guard Meritorious Unit Commendation Ribbon, and the Coast Guard Presidential Unit Citation with two bronze stars. As a Gunner’s Mate he earned several sharpshooter ribbons with gold stars.

Following his service in the Coast Guard, Josh graduated from Kilgore College in 2014 with an Associate of Science degree. One day on campus, a free sandwich led to a discussion of Jesus. Josh accepted Jesus as his Lord and Savior and he became a devoted follower and disciple. Josh’s big heart, generosity, and love towards others were amplified by God’s Spirit working through him.

Josh moved to Wyoming to work as a corrosion technician, where he eventually met Mary in 2018. Josh had dreamed of having a wife and children, and this dream came to life when Mary accepted his marriage proposal. They were married on April 12, 2019, and he became the best dad to Rebekah and Jarom. Josh loved being a husband and father and found great delight in his family.

Josh spent his days spreading joy to those he came in contact with. He didn’t know a stranger and is often referred to as a “gentle giant”. He had an infectious, booming laugh that came easily and often. Josh gave the best hugs, and made people feel truly cared about. When he saw a need, he was always ready to do what he could to help.

Josh loved guns, hunting, fishing, shooting, swimming, the mountains, grilling, pranks, games, teaching his kids life skills, telling stories, and cherished any time spent with his family. His favorite phrase was, “rub some dirt on it!” Josh’s life exemplifies one transformed by Christ in the way he loved others and served and gave selflessly.

We are all thankful for the time we had with Josh.

Josh is survived by his loving wife Mary, his children Rebekah and Jarom, father William Duncan (Susan), mother Denise Manion (Chris), beloved grandparents, aunts, uncles, cousins, nieces, and nephews. Each feels his loss deeply and will always remember Josh’s love and care for them. Josh also leaves behind countless friends who will forever hold his memory in their hearts.

Josh was preceded in death by his brother Nick, stepmom Laura, and grandparents.

Following the celebration of life, military honors will be held at Oregon Trail Veterans Cemetery at 1:00 p.m.