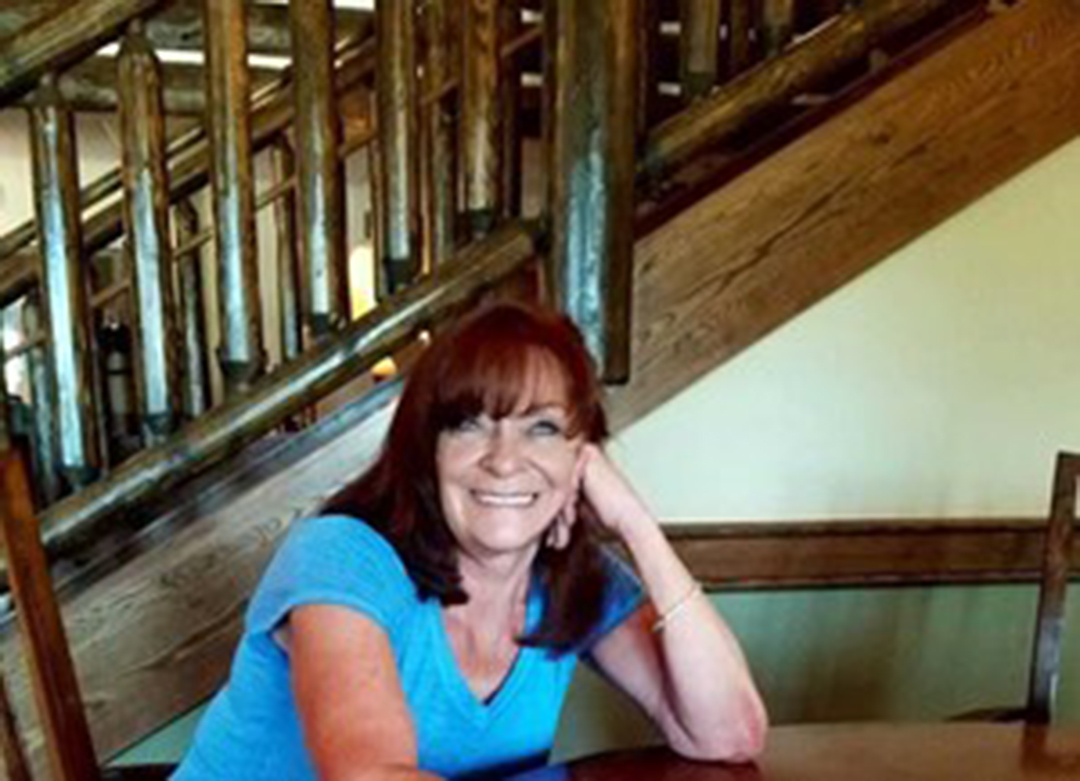 Roberta (Melba) Webster-Corr got her wings and went to walk with the angels in heaven on Tuesday, January 3, 2023. She was 72 years old.

Born in Minneapolis, Minnesota on February 21st, 1950. Robby didn’t share the dream of stardom that brings so many people to her hometown. Her path travelled all over, from Canada to Florida to her final destination being Casper, WY. Robby had many dreams and many passions. From horses to making jewelry out of beads. She was the head majorette while in high school, she was known for her cake decorating skills, she became a hairdresser where she got her daily dose of who did what with her little old lady clients. But the one talent that she had that was a gift that she was very well known for, her art skills. From wood burnings to wildlife paintings. On canvas to skulls that she would gather in trips up Casper Mountain. Robby had a talent that was truly amazing.

Robby was fierce and passionate about living in the moment. She will be fondly remembered as such a strong-willed lady with a faith of God and kindness that we should all aspire to have in our lifetime. Her love of family, sunshine, flowers, dance and music were a constant in her life.

Memorial Services will be planned for early Summer of 2023

Linda Sue Rose was born on August 17, 1941 to Will L “ Buck” and Hazel Rose In Ozark, (Clarksville) Arkansas. Her family moved to Rock Springs, Wyoming where she attended and graduated from high school. She was employed at the Sands Chinese restaurant in Rock Springs where she met and married the love of her life, George Roszel. They were married on May 26, 1963 and were able to celebrate 52 years of marriage until George passed away in 2015.

Linda and George had two sons. Shortly after Marty was born in 1964, they moved to Casper. Their second son, Bart was born in Casper in 1966. Linda worked in retail for many years for Tandy Leather. She also worked for The Hanging Tree which sold western apparel and allowed her to add to her amazing boot collection.

Linda became a school bus driver in 1977. She drove a school bus for nearly 25 years and loved every minute of it. She drove for many of the high school activities and was loved by students and coaches alike as she drove them safely to and from their sporting activities. She even had a special sweatshirt made that represented both high schools so that she could show equal support to them. In the summer, she also drove the Casper Oiler’s baseball team bus for several years. Sadly, she was forced into an early retirement from Natrona County School District due to health issues.

She loved sports. She loved to participate and to watch. She was an excellent softball player and bowler. She traveled all across the United States to compete in tournaments where her team always placed in the top. She also loved to ride motorcycles… Or at least brag to everyone that she did. She and George went on several cross-country motorcycle trips. Linda loved all animals. She had dogs, cats, several horses, raised bum lambs, calves, turkeys, and the family milk cow. She even had a pet raccoon. She was never afraid to work hard, to jump in and get her hands dirty. She worked all around their property, planting a garden, building and fixing fences, and caring for animals. She was definitely an “outdoors” kind of girl. She and George also enjoyed many hunting trips together. She was never afraid to work hard or play hard. Her other hobbies included playing cribbage, collecting unique handmade cribbage boards, meeting friends and family for lunch, keeping her weekly hair and nail appointments, shopping for bargains, collecting and watching VHS and later DVD movies ( although she claimed to never watch tv) and watching any season or episode of Star Trek.

Linda loved her family. She was proud of her boys and her 8 grandchildren and many great grandchildren. When she looked at their pictures, she would say, “I can’t believe that I started this whole family”. She loved to joke and to listen to country music.

After George passed away, Linda faced many other health issues that eventually required her to move into an assisted living facility. Garden Square assisted living provided her with excellent care, and she was a sunny and bright light to her friends and to the staff there who lovingly referred to her as “Linda Sue Magoo”. The family wishes to thank Garden Square and all of their staff for their outstanding care for Linda and all the residents. Despite her physical limitations, she was upbeat, cheerful, and positive which allowed her to remain at Garden Square until she passed away peacefully on January 8, 2023, surrounded by family and friends.

She was proceeded in death by her husband George, her parents and her brother Jim. She is survived by her sons, Martin (Kerri), and Bart ( Natalie). Her grandchildren Hailey (Ryan) Hauck, Zach (Caitlin), Logan (Paige), Quincy, Chris (Minda), Kehlin (Schpri), Lucas ( Courtney), and Austin ( Brittany) and 12 great grandchildren. She is also survived by her siblings Jerry, Guy, Norma, Raymond, and Gail and many nieces and nephews.

Donations can be given to Garden Square Assisted Living to the Activities Fund at 1950 South Beverly Street Casper, Wyoming 82609.

Paul Decker, 92, of Casper, passed on January 9, 2023. A full obituary will be posted when available.