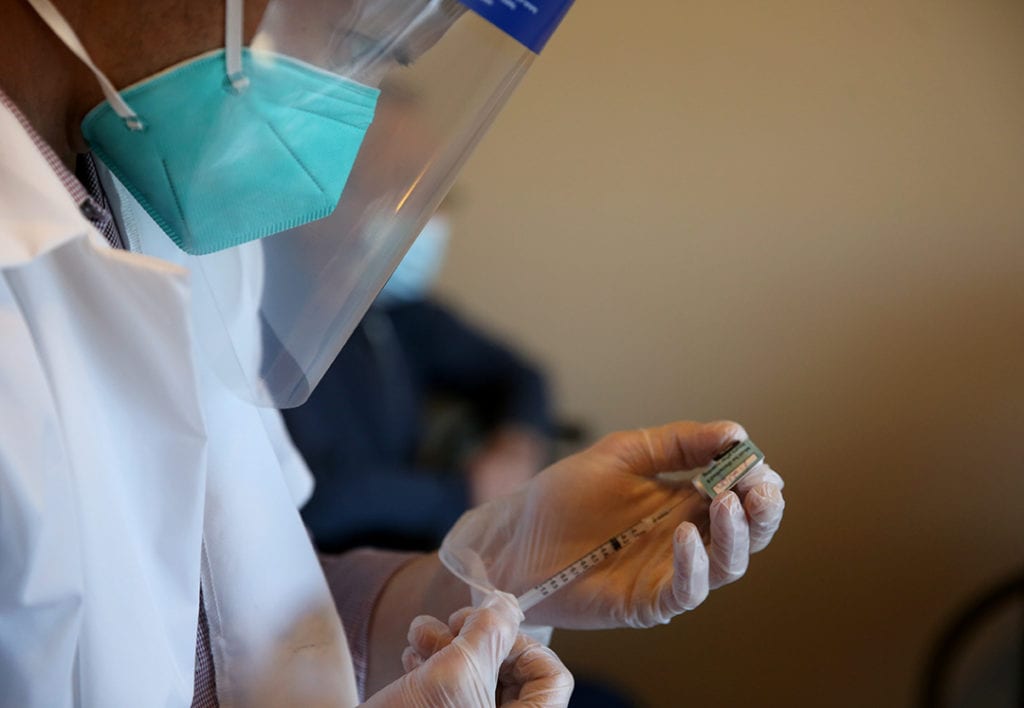 Letters and guest opinions are published as a community courtesy and don’t necessarily reflect the views of Oil City News or its employees. To submit a letter for consideration, please click here.

Vaccines and economic recovery: We’re all in this together

When a friend called late one afternoon in mid-March to tell us the local health department had some leftover coronavirus vaccine, my wife and I raced to the clinic.

I already had an appointment, but it was three weeks away. Why wait when I could get a head start on the road to immunity?

We were fortunate and had no side effects with that first Pfizer shot, or the second one 21 days later. After 13 months spent mostly at home, we could breathe a sigh of relief, more confident than ever that we could keep COVID-19 at bay.

The alternative, I assure you, does not.

I’ve had two separate stays at the Cheyenne Regional Medical Center’s COVID-19 ward since November. I was transferred to a less restrictive unit each time following negative COVID tests, but four different doctors remain uncertain of my diagnosis. After reviewing CAT scans of my lungs, they each told me I exhibited all the signs of COVID pneumonia.

Tests and labels aside, I’m still dealing with the disease’s after-effects. I feel fine for a few days every time I finish a regimen of steroids and antibiotics, then it’s back to cough-filled, sleepless nights and emergency room visits.

Whether I’ve had COVID-19 or not, I don’t want it in my future. Believe me, neither do you.

Yet, for reasons I don’t understand, a way-too-big subset of Wyomingites — including several friends — flatly refuse to take the vaccine.

Wyoming ranks in the bottom five states for percentage of people who have received one dose. The other lagarts are Mississippi, Louisiana, Alabama and Idaho.

Among states, the two most vaccine-hesitant sub-groups are rural states and those that are majority Republican. Wyoming hits both benchmarks in a big way.

A Kaiser Family Foundation survey last month found that some 3 in 10 rural residents said they would either “definitely not” get a shot or would do so only if it is required.

On one level, I get it: Vaccinations of any kind make many people wary. The speed at which the COVID-19 vaccine was developed has led some to question if it’s truly safe, despite universal reassurance from the nation’s public health experts.

Wyoming’s relatively low infection rate (so far) and the belief by young people that they are not likely to contract the virus or get severely sick if they do also dilute enthusiasm.

I don’t mean to minimize any of these concerns, nor would I ever try to “shot-shame” anyone. But even if you’re not motivated by protecting your personal health or that of friends, family and neighbors, what about reopening the economy and returning to normal life? Isn’t that the common goal? Isn’t that what all those Republican-led anti-restriction protests were about? Wide-spread vaccination is a way — the only way — of actually accomplishing those things, not just complaining about them.

State officials, including legislators, need to do a better job convincing people of the vaccine’s safety and efficacy. Those of us who have safely received the shots should also try to ease the concerns of others.

The Centers for Disease Control reports that rural residents are more vulnerable to severe COVID-19, for three reasons: They live in areas that lack healthcare access, are more likely to have underlying health conditions and are less likely to be insured — a situation that leads to dangerously delayed care.

That puts Wyoming several steps backward on the road to herd immunity. Scientists say a vast majority of the U.S. population needs to be vaccinated to prevent the spread of the disease and end the pandemic.

For her part, Wyoming Public Health Officer Dr. Alexia Harrist is trying to get the message out that the Pfizer, Moderna and Johnson & Johnson vaccines are all safe and effective.

“I strongly encourage anyone who is eligible but who hasn’t yet been vaccinated to do so as soon as possible,” Harrist said in a statement last week. “These vaccines are free, safe and effective. They offer many benefits, such as the ability to avoid quarantine after exposure to COVID-19, and are the best route we have to outsmart the pandemic.”

The state has already lifted most of its restrictions after the CDC announced those who’ve been fully vaccinated don’t need to wear masks outdoors and can gather in most public places.

In my view that was a premature move, because it sparked so many people who haven’t been vaccinated to now go maskless. Who can tell who is protected and less likely to get the disease and who isn’t?

The Equality State has everything to gain by encouraging more vaccinations and a lot to lose if we fail. Tourism is our state’s second largest industry. Thanks to the rapid upswing in the number of vaccinations since President Joe Biden took office in January, people are returning to restaurants, going to ball games and concerts and traveling outside their regions. The state could harvest a much needed windfall as stir-crazy tourists head to our national parks, fishing destinations and wide open spaces. Or, a resurgence of infections could race through our unvaccinated population, driving all those would-be visitors, and their dollars, elsewhere.

Republican Gov. Mark Gordon and the GOP-led Legislature have spent the past year maintaining Wyoming needs to be as open for business as possible. So why have so many party members shrugged off doing the most responsible things to prevent the disease’s spread: first wearing masks, and now getting vaccinated?

The politicization of this public health crisis is mind-boggling. COVID-19 has now killed more than 600,000 Americans, and it doesn’t consider its victims’ political leanings.

But recent Monmouth University and Quinnipiac University polls indicated almost half of Republicans did not plan to pursue vaccinations. Only about 5% of Democrats said the same thing.

The U.S. Department of Health and Human Services found that Biden won all 10 states where adults are least hesitant to be vaccinated. Wyoming is one of  the 10 most hesitant states, nine of which (all but Georgia) were carried by Donald Trump.

Despite the eased restrictions in Wyoming, I still wear a mask whenever I’m around others. This is as much for others’ protection as it is mine.

If you’re fully vaccinated, I understand why you may feel safe enough to go maskless. It’s been a long year and we all deserve a break. But since so many Wyomingites have chosen to not take the vaccine, I don’t think it’s a good time to let down our collective guard.

If you’re concerned about the vaccine’s safety, please read about it, talk to a medical provider or ask someone you trust who’s taken it. You owe it to yourself, as well as family and friends, neighbors and strangers, to not just dismiss it out of hand.

Because, for all of our stubborn independence and talk of self-reliant individual responsibility, this pandemic and our attempts to recover from it have made one thing abundantly, painfully clear: We’re all in this together.